Ireland to be fully reopened by Christmas, Health Minister predicts

The Irish Government is expected to announce the final plan on the lifting of all remaining restrictions, with promises that nightclubs and the entertainment industry will be back by Christmas. 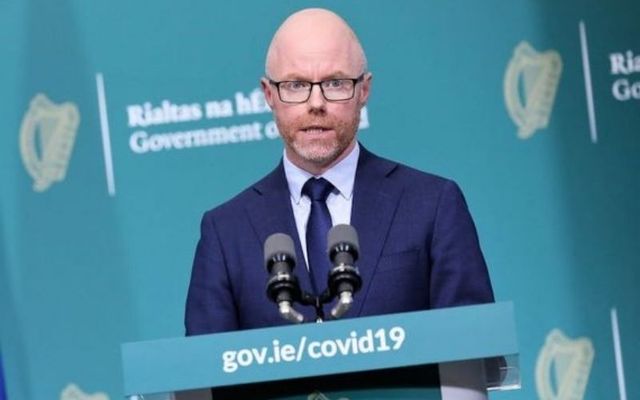 Ireland's Minister for Health Stephen Donnelly has said all Irish sectors are expected to be opened fully before Christmas including nightclubs and the entertainment industry.

The Irish Government is expected to announce the final plan on the lifting of all remaining restrictions next week.

When asked about restrictions being relaxed before Christmas, Donnelly said on Tuesday: “Obviously specific dates are something that we would be looking to NPHET for, and we’ll be discussing at Cabinet, but, yes, the view would be that we would be open this calendar year.”

Stephen Donnelly said that while the plan is to proceed with the next phase, "what kind of timing impacts there might be depends on the NPHET advice, and let's see what they have to say".

"Most of society and most of the economy is open but we're very aware that there are still parts that aren't and that have suffered hugely.

"What we want to do is help them open as quickly as possible and make sure that when they do open, that they can stay open, and give them clarity as to when that can happen so they can plan accordingly," he said.

Minister Donnelly also said certain basic public measures such as the wearing of masks in higher risk environments may be kept in place "for some time".

Elsewhere, increasing pressure has been put on the Irish Government to allow the re-opening of the entertainment industry.

Further calls of action were voiced over the weekend after 40,000 people attended the GAA Hurling All-Ireland Senior Championship in Croke Park, while outdoor events and gatherings for live music remain at 200 people capacity.

Same day. Same country. I love that the GAA has this crowd. It’s beautiful to see. But tell me why my colleagues and I can’t be treated the same. @LeoVaradkar @MichealMartinTD Shame on you!! Shame!! On!! You!! #SaveTheArts pic.twitter.com/aBd58p6E3I

On Tuesday afternoon, Taoiseach Micheál Martin met with the Minister for Tourism, Culture, Arts, Gaeltacht, Sports, and Media Catherine Martin to discuss the coming roadmap for the reopening of society, including the Live Entertainment and Arts sector.

It was agreed that a meeting with industry stakeholders will take place next Monday, attended by both the Taoiseach and Tánaiste.

This will follow the latest NPHET advice and the deliberations of a COVID sub-committee this Friday, which Minister Martin will attend.