From a young Ernest Hemingway's musings to the Irish census, thanks but no thanks

Tom Deignan muses on 10-year-old Ernest Hemmingway's scribbles on Ireland and Ireland's time capsule census project to be made public in 100 years. 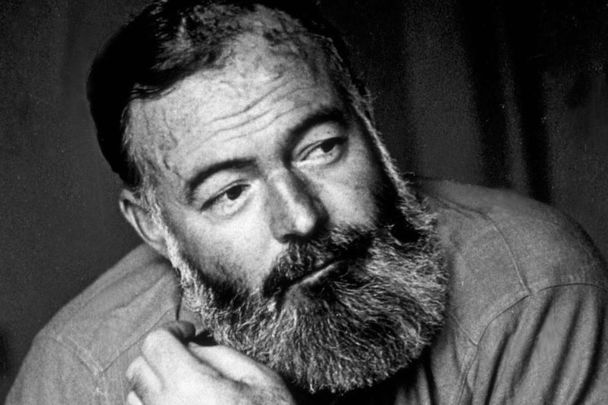 The easy way to say this is that the Irish have given the US plenty over the years, and vice-versa. So it’s a nice time of year to just give thanks all around, and leave it at that.

Consider the recent news that one of the first pieces of writing ever produced by a 10-year-old named Ernest Miller Hemingway was inspired by a certain green island across the Atlantic, very far from Hemingway’s hometown of Oak Park, Illinois.

This gift to American literature is now part of  “a new archive recently opened to scholars and the public at Penn State University,” The New York Times reported in September.

“Called the Toby and Betty Bruce Collection of Ernest Hemingway, the material includes…boxes of personal effects that experts say are bound to reshape public and scholarly perception of an artist whose life and work defined an era.”

Among the items: a “stained brown notebook,” inside of which was “Hemingway’s first known story about a fictional trip to Ireland, written when he was 10 years old.”

And yet, like a family get-together at the holidays, we can’t just leave it at, “Thank you.”

Because we also learned not long ago that Ireland has initiated a new kind of national project. One I have some problems with.

As NPR reported a few months back, Ireland completed its most recent census process, “as usual…ask(ing) for people's names, ages and relationships.”

But there was also something new – “a new time capsule feature (that) could start some bigger conversations – 100 years from now. At the end of this year's census form, people were given the chance to voluntarily add a time capsule message, which is set to remain private until 2122. It could be an opportunity to leave a message to future generations or historians.”

What could be wrong with this? A wonderful thing, it seems, to chat about over the holidays, no?

As NPR noted, “People took different approaches to the time capsule, using the space to tell future readers about themselves that the census didn't otherwise leave space for.”

Some wrote down song lyrics or current events references, such as Will Smith’s infamous slap at Chris Rock at the Oscars.

Others took a far more intimate and emotional route, remembering “a beloved child who died in a car crash and was never counted in a census.”

As this mourning Irish person noted on social media, "Feeling such comfort today after filling in the time capsule section in the #Census2022 last night. Estlin never was counted in a census but 100+ yrs from now she will be remembered & our ancestors will be able to read about her. Just incredible."

Feeling such comfort today after filling in the time capsule section in the #Census2022 last night. Estlin never was counted in a census but 100+ yrs from now she will be remembered & our ancestors will be able to read about her. Just incredible. pic.twitter.com/ZL1eyZdUpZ

Who could argue with that, right? You might even be tempted to say the US should try and do the same kind of thing, right?

But that would only remind you that we can barely complete the census as it is now. We’re already arguing endlessly about who should count. And for which ethnic or racial category? Or gender?

Then there are those who want a more accurate count of the homeless. And those who don’t. And the bickering over how all of these numbers will be used to divide up seats in Congress, which then gets you thinking about all those separate battles over district lines and gerrymandering.

Amidst all this, there’s Ireland, across the Atlantic, counting up something like four million people. And touching hearts and minds and souls, with their famous gift for gab.

And history, of course.

Well, thanks but no thanks.

We’ve enough trouble here in the US peacefully transitioning power these days, never mind complicating a headcount of over 300 million people, by getting all emotional.

And that’s not even taking into account the many knuckleheaded Yanks who would scrawl in QAnon codes, or shout out to friends with names like Seymour Butts?

On this, we are separated by a wide ocean, indeed. I don’t see this census project giving us any more new Hemingways.