Sinn Féin and the Democratic Unionist Party (DUP) have confirmed their dominance of the political scene in Northern Ireland. 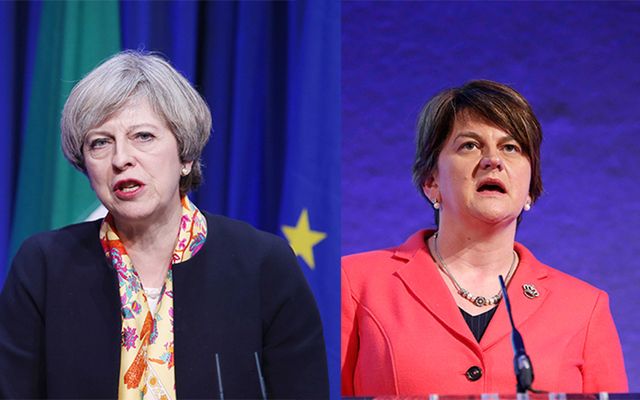 Theresa May and Arlene Foster. RollingNews.ie

Sinn Féin and the Democratic Unionist Party (DUP) have confirmed their dominance of the political scene in Northern Ireland with the results of the recent Westminster election. The long-established UIster Unionist Party (UUP) and the constitutional nationalist Social Democratic and Labour Party (SDLP) have both suffered major setbacks.

Eighteen members of the House of Commons are elected from constituencies in Northern Ireland. Prior to the June 8 general election, the line-up was as follows: DUP, 8; Sinn Féin, 4; SDLP, 3; UUP, 2; Independent, 1.

Now that the votes have been counted, the DUP has 10 Members of Parliament, Sinn Féin has seven, and there is one Independent. The SDLP and UUP have lost all their Westminster seats.

This was the political equivalent of hitting an iceberg and it was appropriate that the election count for Belfast constituencies took place in the Titanic Exhibition Centre, which normally functions as a memorial to the ill-fated passenger ocean liner that sank on April 15, 1912, while making its maiden voyage from Southampton to New York City.

There was a widespread expectation that the DUP and Sinn Féin would have a good election but it was generally taken for granted that Mark Durkan would retain his SDLP seat in the constituency of Foyle, based in the city of Derry/Londonderry. Durkan was leader of the SDLP from 2001 to 2010, in succession to Nobel Prizewinner John Hume, and served as Deputy First Minister of Northern Ireland in 2001-02.

Along with other journalists, I went to the Titanic Centre on election night to observe the count. Shortly before 2pm, a leading member of Sinn Féin mentioned that the party's candidate in Foyle, Elisha McCallion, had come in ahead of Mr. Durkan. This was astonishing news: the world turned upside down.

Although clearly a strong candidate, Ms McCallion would not be as prominent as, say, Gerry Adams or Michelle O'Neill. It is believed that the outpouring of emotion at the passing of the prominent Derry republican and Sinn Féin Deputy First Minister Martin McGuinness helped to energize her campaign.

It was not a great surprise that Sinn Féin's Michelle Gildernew won back the seat she formerly held in Fermanagh-South Tyrone, ousting Tom Elliott of the UUP. There had been strong indications also that the SDLP's Margaret Ritchie would lose out to Sinn Féin's Chris Hazzard in South Down. In an interesting development, former republican activist Gerry Kelly was replaced this time around as the Sinn Féin candidate in Belfast North by John Finucane, son of Pat Finucane, a solicitor who acted for republican clients and was murdered in 1989 by loyalist paramilitaries, with British state-force collusion. It would have been something of a political earthquake if John Finucane had defeated Nigel Dodds, the incumbent MP and deputy leader of the DUP. When the votes were counted, Dodd got 21,240, his highest figure so far, whereas Finucane received 19,159 which was Sinn Féin's best performance in the constituency to date.

Despite the fact that the election campaign in the North was quite low-key, the outcome has been dramatic and not just at local level. British Prime Minister and Conservative Party leader Theresa May had a dismal campaign with the low point being her proposal to change the rules regarding State funding for people needing care in their homes. Labour Party leader Jeremy Corbyn attacked her over what is popularly known as the "Dementia Tax" and, although she modified the proposal in short order, the political damage was already done.

.@Theresa_May thought that with the backing of the billionaires and the corporate elite, she could take your vote for granted. pic.twitter.com/JpazODKMEA

At the start of the election campaign, it looked as if Theresa May had a good chance of winning a very substantial majority of the 650 seats in the House of Commons. But she lost 12 seats and the number of Tory MPs was reduced to 318, with the result that the support of the ten DUP members is required to keep the Government in office. That is likely to be done on a "confidence and supply" basis, similar to the arrangement between the Fine Gael-led minority government in Dublin and the main opposition party, Fianna Fáil.

This could well have an impact on efforts at restoring the power-sharing administration in Belfast. Relations are difficult between the key parties in the talks, the DUP and Sinn Féin, and it seems unlikely that Theresa May will apply much pressure on the DUP to reach an agreement when she is depending on the latter party to stay in power.

Another concern arising from the election result is its potential impact on the negotiations over the UK's departure from the European Union, which are due to begin shortly. A clear Tory majority would have given the British Government a greater capacity to agree a "soft exit" with the EU but the current tight voting margin in the House of Commons probably means Prime Minister May will have to give greater heed to the views of hardline "Eurosceptics" in her own party.

It is also possible that there could be a "heave" in the Conservative Party to oust the leader because of her performance in the election campaign. Certainly her position has been weakened and this is contributing to the general air of political uncertainty in Britain and Ireland.

Sinn Féin meanwhile can take considerable satisfaction from its electoral performance. The party refuses to take its seats in the House of Commons because of the requirement to swear an oath of allegiance to the British monarch. Given the tight voting margin at Westminster, that policy is already being seriously questioned by critics and opponents of the party and Fianna Fáil leader Micheál Martin has described it as "completely illogical". On the other hand, any change of approach could jeopardize Sinn Féin's credibility at grassroots level, although the prospect of putting a British Tory government out of office would certainly have its attractions for Irish republicans if it were to arise.

Meanwhile, the future looks grim for the SDLP and UUP.  They can console themselves with the fact they have 12 and 10 members respectively out of a total of 90 in the Northern Ireland Assembly. The pressure on the SDLP was reflected in the fact that the party rowed-in at a late stage with Sinn Féin's demand for a referendum in the short term to get rid of the border between the two parts of the island of Ireland. The move didn't save the day at the polling-booths and may even have damaged the SDLP because of its timing. Likewise, the UUP is at risk of being sidelined in the political process. 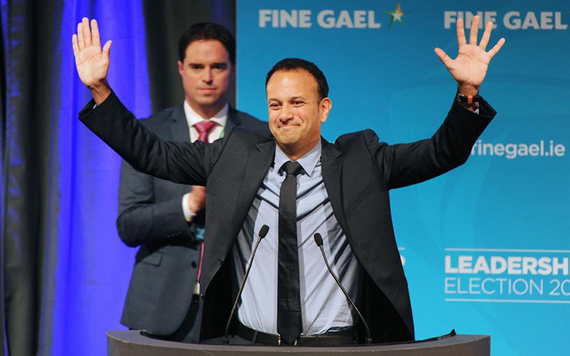 In Dublin, the Fine Gael party has a new leader in Leo Varadkar, who is shortly due to be elected Taoiseach in succession to Enda Kenny. He will be under attack from Sinn Féin in Dáil Éireann but will be expected at the same time to encourage the restoration of power-sharing in the North. How that dynamic will feed into the current political situation is hard to predict but there are clearly many chapters still to unfold in the fast-moving and dramatic story of Ireland, north and south, and its relationship with the UK and the European Union.