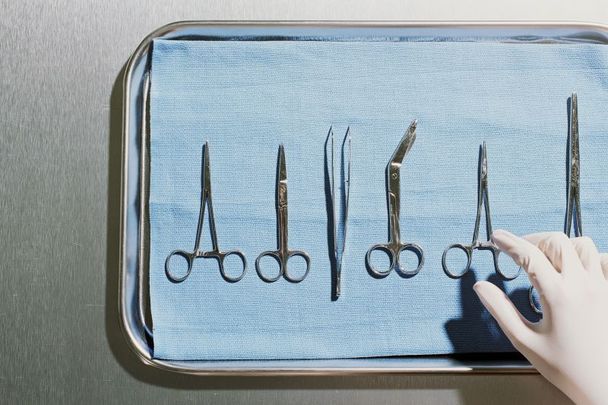 Evan O'Neill Kane was born on the 6th of April, 1861, in Darby, Pennsylvania, to union officer and staunch abolitionist Major General Thomas L. Kane and physician Elizabeth Denniston Wood Kane. He was one of four children and grew up in Kane, Pennsylvania, a town founded by his father.

Kane County in Utah and Kanesville Tabernacle were also named after Thomas L. Kane. Thomas L played a significant role in preventing war between the Mormons and the US government in Utah 1857-1858. He received a brevet promotion to major general for gallantry at the Battle of Gettysburg in 1863.

Dr. Kane spent the majority of his career as chief surgeon at Kane Summit Hospital, a hospital founded by his mother Elizabeth. He also worked several years as a railway surgeon for five different railroads. He performed an estimated one thousand plus field operations between 1898-1900, often in unsanitary conditions far away from hospitals.

In 1919, one of Kane's fingers became infected to the point where amputation was required. Kane successfully carried out the amputation on himself. He firmly believed that general anesthesia wasn't necessary for all surgery, contrary to standard medical doctrine.

In 1921, after carrying out over 4,000 appendectomies, his own appendix needed to be removed due to chronic appendicitis. Kane believed local anesthetic would be a more practical safer approach than general anaesthesia. He made the decision to carry out the surgery himself using local anesthetic.

On the 15th of February, 1921, Kane carried out the self-surgery using pillows and mirrors with the aid of nurses to keep him in a semi-reclining position.

He injected the novocaine, made the incision, clamped the blood vessels, and set about locating his appendix.

His younger brother Thomas, also a surgeon, was in attendance and took over the operation as soon as Kane had removed his appendix. The operation was reported in the New York Times the following day.

In January 1932, seventy-year-old Kane carried out another self-surgery to repair a hernia. He successfully carried out the operation but his health went downhill soon after. He passed away on the 1st of April, 1932 at seventy years of age.