IrishCentral Contributor CJ Clancy looks at the life and career of Douglas Mackiernan, a CIA employee who was killed in Tibet in 1950. 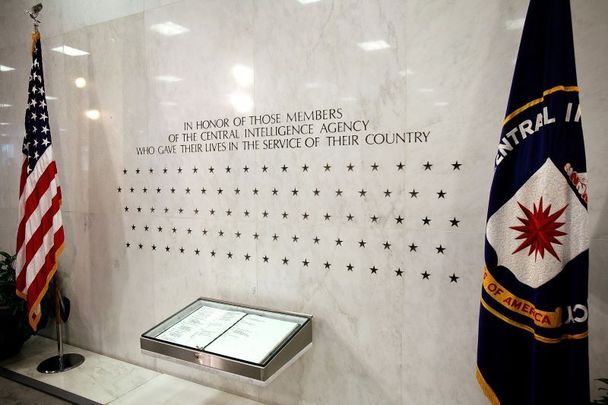 The Memorial Wall and the "Book of Honor" are seen in the lobby of the Original Headquarters Building at the Central Intelligence Agency headquarters on February 19, 2009 in McLean, Virginia. The stars on the wall represent the number of CIA officers who have lost their lives for the country. Getty Images

Douglas Seymour Mackiernan was born in Mexico City on the 25th of April 1913, the eldest of five brothers. He and his family moved frequently but eventually settled in Stoughton, Massachusetts, where their father bought a filling station.

From a young age, Mackiernan showed a high aptitude for languages and science. He was fluent in Spanish, German, French, and English and went on to study physics at the Massachusetts Institute of Technology (MIT).

In 1942, Mackiernan joined the US Army Air Corps as a meteorologist. From 1944, he served two and a half years with the 10th Weather Squadron in Ürümqi, the capital of Xinjiang province in western China.

Towards the end of WWII, Mackiernan was recruited by the Strategic Services Unit (SSU). He completed his training and was sworn in 1946.

In 1947, the Central Intelligence Agency (CIA) was created and Mackiernan was automatically made an employee. He was subsequently made Vice-Consul for the U.S. State Department at its consulate in Ürümqi.

Officially, Mackiernan was working as a state clerk in the US consulate in Ürümqi but unofficially, he was carrying out espionage on Soviet activity in Xinjiang that was believed to be attempting to acquire uranium for developing atomic bombs.

In 1949, Mackiernan gathered intelligence regarding the Soviet Union's first atomic bomb test carried out in the Semipalatinsk Test Site in Kazakhstan. It was 2002 before that information was declassified by the CIA.

On the 25th of September, Mackiernan cabled a message to the CIA stating that Xinjiang officials had accepted communist authority and that the Chinese army was on the cusp of entering the city.

Mackiernan had the opportunity to fly out from Ürümqi on a scheduled flight. Instead, he and other CIA agents chose to flee to India via Tibet fearing communist capture.

Two days later, Mackiernan and CIA agent Frank Bessac fled Ürümqi by vehicle in the possession of machine guns, grenades, radios, navigation equipment, and gold bullion. They met with three anti-communist Russian allies and set off on a thousand-mile journey through the Taklimakan desert, on horseback and camel, accompanied by Kazak leader Osman Bator. In late November, they reached the Kunlun Mountains where they took sanctuary for the winter.

In March 1950, Mackiernan and his men trekked through the uninhabited Changtang on the Tibetan plateau and arrived at a Tibetan outpost on the 29th of April 1950, where they encountered a Tibetan nomad family.

Mackiernan and two members of his party attempted to communicate with these nomads when six Tibetan guards appeared out of the blue and a confrontation took place.

In the heat of the moment, one of the guards panicked and pulled the trigger, fatally shooting Mackiernan and two of his party, leaving another in his party badly wounded. Mackiernan and the two others who were killed were buried were they fell.

The Tibetan guards looted the belongings of the fallen men and took the remaining party prisoner escorting them to Shentsa. On the journey to Shentsa, they met a government messenger from Lhasa, who informed them they were to welcome Mackiernan and his party.

At a speech given to the Agency workforce in 1997, Acting DCI George J. Tenet acknowledged Mackiernan as the first CIA officer to die in the line of duty: “He is the first star on that Wall, and the space in the book where his name should be is blank … but we claim Doug Mackiernan as one of our own … now, in a sense, we’ve brought him home.”

Mackiernan’s name was released to the public and officially recognized in the CIA’s Book of Honor in 2006.