Don O'Neill: Irish fashion designer gets ready for the next chapter

Irish journalist Anna Cullen chats with Irish fashion designer for the stars Don O'Neill on his upbringing in Co Kerry, the success of THEIA, and what's coming next. 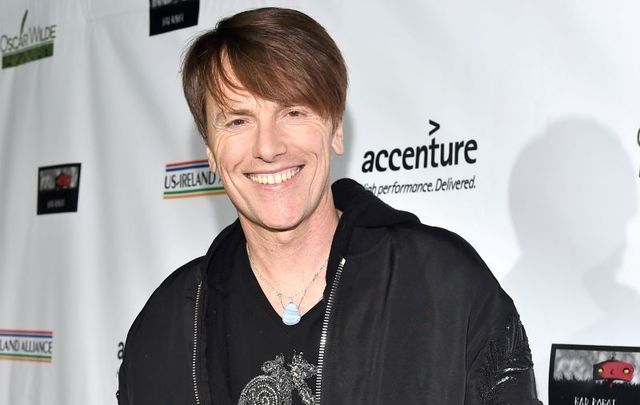 I first met the kind, caring and friendly Irish fashion designer Don O'Neill in 2016, when I was fortunate enough to become a Public Relations intern with his fashion brand 'THEIA' in New York City for six months. I recently reached out to Don to catch up and he spoke to me about the moment he saw Meghan Markle wearing one of his creations, life during Covid-19, and his plans for the future.

Don grew up in Ballyheigue, County Kerry before moving to New York City over 25 years ago. He now lives in Brooklyn with his wonderful husband, Pascal.

He was always fascinated by fashion growing up. "My Mom was my primary inspiration, coupled with the dazzling sunlight that sparkled across Ballyheigue Bay, that I dreamed someday of making into a dress."

It's clear when you meet Don, and from previous conversations, I have shared with him, that family and friends mean the world to him. He thanks them for shaping him into the man he is today: "Who I am is no accident, I was formed and shaped by so many people. Beginning with my loving parents, my sister, and brother, the family, and friends I was surrounded by as I grew up."

He continues: "Then when I ventured out into the world, I was fortunate to meet kind and generous people who gave generously and lovingly of themselves, teaching me by example. I was a happy-go-lucky little boy, who became a happy-go-lucky young man. The universe took me by the hand and led me out into the world, and I share my stories as I bumbled and bounced and oftentimes failed, continuing forward, guided by a magnificent light."

Don is an inspiration to many young Irish fashion designers today. His love for fashion was engrained in him from an early age but when did he realise that this was his destiny? Where did it all begin for him?

"The 'Aha' moment was seeing a television documentary on Fashion Designer Karl Lagerfeld when he was at Chloé. It showed the entire process of the creation of a collection: from the sketching to the pattern-making, the stitching of the dresses, the fittings, all leading up to a fabulous fashion show, which was awe-inspiring. I knew there and then that is what I wanted to do."

After an unsteady start, unsure as to what direction his career was going in, Don moved to Dublin where he began studying at The Barbara Bourke College of Fashion Design where "serendipitously the legendary British evening-wear designer Gina Fratini was a judge at our graduation show".

In 1987, Gina awarded Don 'Designer of The Year' for his graduation collection: "the next day at her Brown Thomas Trunk Show, I asked her if I could come work with her, she told me she didn't have any openings but offered me an internship with her in London".

Don moved to New York in 1993 and through his hard work, determination, and talent, created the 'THEIA' evening wear brand for JS Group in 2008. The name THEIA came from the goddess of shining and light. It is of Greek origin.

There certainly have been many wow moments in Don's career, for which he counts himself truly blessed.

"Each of them felt surreal, truly pinch me moments."

"My career itself, now that I reflect back upon it, is one huge WOW. It's as though I lived inside a dream, in which I met my husband of 28 years, and my family and friends all got to be part of the ride and share in various parts of my success," he states.

Undoubtedly, Don's creations are beautiful and we have seen them flaunted by some famous figures - Khloe Kardashian, Julia Roberts, Oprah, and Carrie Underwood to name a few.

In September 2011, Oprah wore a fabulous THEIA gown on the cover of 'O' magazine, and in 2012, she wore the same dress to the Oscars. Don described both moments as "huge" adding that "meeting her when I dressed her for The Butler premiere was mind-blowing".

Another monumental moment was in 2012 during New York Fashion Week. Pascal flew in Don’s "entire family" from Ireland to see the Theia Fall 2012 runway show. When Don took his bow at the end of the show, his family were “bursting with pride, applauding wildly, giving him a standing ovation".

Carrie Underwood has chosen to wear THEIA designs on numerous occasions, but one memory that stands out for Don was the 2015 Grammy Awards, during which her performance "became global news". Don described the moment as "huge".

Don shares some more amazing milestones throughout his career: "Receiving my Honorary Doctorate from UCC, winning Ireland's Favourite Designer at The VIP style awards, being featured on Nationwide with Mary Kennedy, a guest on The Today Show with Dáithí and Maura, The Saturday Night Show with Miriam O’Callaghan, then with Brendan O’Connor, with Ryan Tubridy on The Late Late Show, all the way through to dressing Meghan Markle at a time when she was the world's most-watched fashion icon."

Before the pandemic hit, Don had been celebrating the ten-year anniversary of THEIA with a series of "special parties" by his "most loyal stores".

"One enormous special tribute in Saratoga Springs (Upstate New York) organized by Natalie Sillery with 100 ladies wearing my dresses, the second a huge party thrown by Naela Safadi in Calgary in Canada where Pascal and I were attending my tenth annual trunk show at her store, and one at Neiman Marcus in Tysons Corner in Virginia thrown by evening wear manager Margie Womer," he explained.

But when the pandemic occurred, both Don and Pascal's careers came to a halt. "My role as THEIA’s creative director came to an end in June of 2020 as though all of last year's celebratory events were prescient, aware of great change that was coming. Pascal's floral business was driven by corporate events, of which there are none. We went from being high-flying jet setters to being grounded. It also brought about time for reflection."

For Don, marking his ten-year anniversary with THEIA "felt like the conclusion of a cycle" feeling "almost like a grand farewell tour".

Don notes how the pandemic "further enhanced" the feeling of the end of a cycle: "I took the time out to organise my portfolios and over 33 years of press clippings, further emphasizing the end of a cycle, as I reflected upon it all and began writing my autobiography."

The hard work of fashion designers is often overlooked. Much work goes on behind the scenes of the glamourous fashion shows, shoots, and award shows. When I worked alongside Don and his team in the NYC office, I experienced this hard work first hand. Consistency and determination attributed greatly to his success.

"The industry is enormous and offers a wide array of career choices. To be successful requires talent, coupled with a good education and determination. The glamour that is perceived on Instagram posts represents ten percent of reality. The other 90 percent is hard work far removed from the glamour.  Self-motivation is key."

To anyone starting off on their career in the fashion world, what advice does Don give?

"Learn as much as you can about your preferred field: be it designing, textile design, pattern making, tech design, styling, make up artistry, hair styling, photography, influencing. Know its history, know who the successful talents in your field are, and do as many internships as you can. Stay on top of what is currently happening in your area of interest, and work at your craft everyday."

Any craftsperson, according to Don, should be "open to new ideas" and "most importantly create your own new fresh ideas".

"Don’t confuse inspiration with copying a cool idea from Pinterest."

It's clear from speaking to Don that his love for Ireland and Kerry has never faded. A difficult year for everyone, Don misses the trips home and the time spent with his family "enjoying meals and walks together, the laugher, the hugs, the long drives together to enjoy and explore the extraordinary ancient beauty of county Kerry".

"I miss the thrill of excitement that shoots through my body as we fly over emerald green fields just before we touch down at Shannon Airport, a super excited Dad waiting to pick us up. I miss being in the physical presence of my family, enjoying the easy banter of conversation, or sitting quietly in their company enjoying a cup of tea, soaking up the view across Ballyheigue Bay."

Mother Nature, according to Don, "chose to spend extra time in Kerry, adding extraordinary magic to its divine diverse beauty".

Cherishing the memories from his previous trips home, Don looks back at the time when he first moved to America. "It took a year before I could buy a ticket to come home, after which every year I managed to come for a week every Christmas and a week every summer."

"When my Mom was diagnosed with cancer in 2012 I was able to spend 11 days out of every two weeks in Ballyheigue, during those very special three months. After she passed away we went home once a month for almost a year, and over the past eight years we went home three to four and sometimes five times a year."

NYC - the city that never sleeps - is the dream for many. But, apart from the glamour and fashion, what drew Don to the Big Apple in the first place and what has kept him there all these years?

"We love the buzz of the Big Apple, there is a tangible 24/7 excitement in the air, truly the city that never sleeps. We loved this marvelous melting pot of cultures and friends from all over the world, and how easily we can travel from this city we call home and be with our families in Ireland or Guadeloupe in just a few hours...we love the varied neighbourhoods, the architecture, the tall skyscrapers, the stores, the restaurants, the fashion, the museums, the parks, the beach at Coney Island, the theatres."

Don and Pascal love attending Broadway shows together and "seeing all the world's greatest dance companies that tour through New York".

A life well-traveled and a life well-lived, but it's only the beginning for Don and Pascal. Don filled me in on what the future has in store for him and his husband. Luckily for us, he is currently working on his new book which will give us an insight into his life story.

"The path has yet to be determined, but over the past 28 years we have both gained so much experience, we have learned so much and been able to use our platforms to help so many people, that somehow, we hope to continue in roles where we can be of service and help to others."

"This past year strengthened our bond with our families and for that, we are truly grateful. It is time for a new chapter to be written, so hang tight and stay tuned."

*This article was submitted to IrishCentral by Anna Cullen, a journalist from north Tipperary who studied at both the University of Limerick in Ireland and SUNY New Paltz in the US. She is currently a radio broadcaster with AA Roadwatch in Dublin, having previously worked as a contributing writer for a number of websites. You can follow Cullen on her website and Twitter.