The Republic of Ireland's efforts to suppress COVID-19 are yielding positive results. 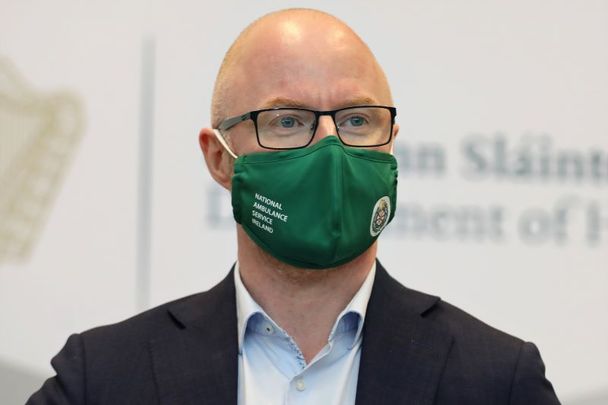 Cases of Covid-19 are continuing to fall in Ireland, leading many people to believe that the worst of the pandemic is finally behind them.

*Editor's Note: This column first appeared in the March 10 edition of the Irish Voice newspaper, sister publication to IrishCentral.

Despite a still-faltering vaccine rollout, the country's efforts to suppress the killer bug are yielding positive results, with average case counts dropping by 14 percent per week.

But despite the heartening data, public health officials have urged the Irish public not to "drop their guard" as the possibility of another wave cannot yet be ruled out.

The warnings come as the Irish government prepares to unveil its new hotel quarantine system, which will be used to cater to people arriving into Ireland from 33 countries, and those who come into the state without proof of a negative Covid-19 test.

And even though the country's much-criticized vaccination rollout continues to stutter and fall behind the government's previously stated targets, there has been "sustained, perhaps even accelerated progress" in suppressing Covid-19.

Speaking at an NPHET briefing in recent days, Nolan reported that average case counts had fallen by at least 100 week-on-week over the past four weeks.

He noted that the latest seven-day average case count of 500 cases a day was significantly down on the equivalent figure of 620 from just a week ago, with continued reductions also in death rates and hospital admissions.

However, he urged the public, who have been in lockdown since shortly after Christmas, to maintain their efforts.

"A sense of hope continues to rise across the population, with 48 percent of people reporting that they feel the worst of the pandemic is behind us," he said.

"The hope is justified in the context of the continued improvement in the key indicators of the disease and with the ongoing roll-out of the vaccination program over the coming weeks.

"However, it is vital that this hope does not give way to complacency.  Across Europe countries are seeing a deteriorating picture and our own disease incidence remains high."

He added, "We must do all we can to continue to suppress this virus and to ensure that as many people as possible get to benefit from vaccination over the coming months.  Keep you guard up and hold firm."

On Tuesday, The Irish Times reported Ireland will receive less than half of the vaccines it was expecting for the first three months of 2021 due to supply problems. At the end of February, the paper reported, Ireland received 520,000 doses of vaccine, which will rise to 850,000 by the end of March.  But Ireland was initially expecting to have received 1.7 million doses by that time.

“We’re disappointed with quarter one in terms of some of the issues, but in terms of protecting the most vulnerable we’ve made very good progress on that,” Taoiseach Micheal Martin said on Tuesday.

“In relation to the United Kingdom the British prime minister has made it clear to me that obviously, his first priority is it vaccinate his people.

“He obviously would be very helpful to Ireland if the situation arose but right now he has to concentrate on vaccinating his own people and until then he won’t be in a position to give vaccines to anybody and he’s made that point to me which I think was fairly obvious at the outset in any event.”