Ireland's Deputy Chief Medical Officer Dr. Ronan Glynn said that the reports are concerning but stressed that the condition is very rare. 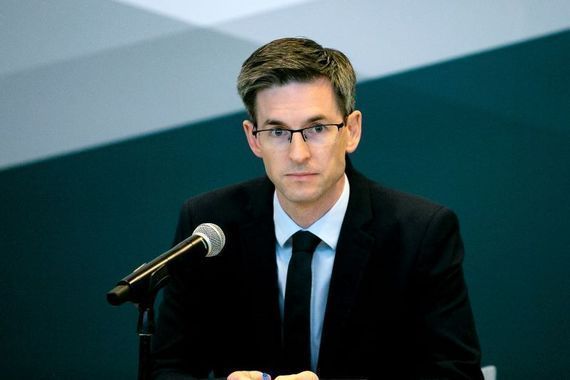 Ireland's National Public Health Emergency Team (NPHET) has been alerted of four stillbirths that could potentially be linked to a condition called COVID Placentitis.

Deputy Chief Medical Officer Dr Ronan Glynn said on Thursday evening said that the condition is a "concern" but also stressed that it is very rare.

Two separate coroners alerted the HSE about the stillbirths, which took place in the first two months of 2021. The women had mild or moderate symptoms of COVID-19 but were not very unwell.

Glynn said that the reports should be treated with caution as the coroners have not yet concluded their investigations.

He said that the HSE's National Women and Infants Programme is aware of the reports and is monitoring the situation, while it has also informed obstetrics departments of the situation.

Glynn said that COVID Placentits was an infection of the placenta leading to stillbirth and that the condition is noted when a pregnant woman tests positive for the coronavirus prior to a stillbirth.

Two of the stillbirths were included in Thursday's COVID-19 death tally, but Glynn said that health officials are aware of at least four cases.

Glynn said that there would be no further details at this time and asked the public to respect the privacy of the mothers.

Meanwhile, Dr. Cliona Murphy, Chair of the Institute of Obstetricians and Gynaecologists, urged pregnant women who have tested positive for COVID-19 to schedule an appointment with their doctor in the weeks after they recover from the virus.

"The vast majority of pregnant women who had Covid have had mild symptoms and have not had adverse outcomes. Large scale surveillance data in UK have not shown higher incidence of stillbirth," Murphy said in a statement on Thursday evening.

Dr. Peter McKenna, the Director of the HSE's National Women and Infants Programme, said that he understood that pregnant women may be concerned by the announcement but said that the overall experience of dealing with the virus during pregnancies has been very reassuring.