Coronavirus is Ireland’s greatest challenge since the Famine

As Ireland goes into shutdown and cases are set to rise the country faces a major public safety crisis but is our caretaker government really up to the task? 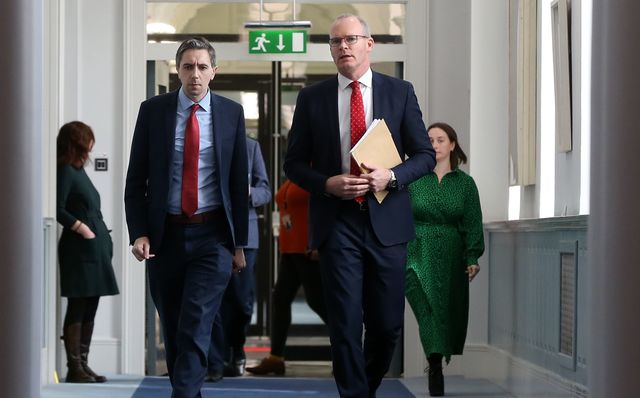 As Ireland goes into shutdown and cases are set to rise the country faces a major public safety crisis but is our caretaker government really up to the task?

Editor's note: This column was originally published in the Irish Voice, on Wednesday, March 11, 2020.

The coronavirus outbreak in Ireland is still at a relatively low level.  The number of confirmed cases reached 70 on Friday (March 13), just two weeks after the first case was identified.

At the time of writing all St. Patrick’s Day events throughout the country have been canceled, including the Dublin parade which attracts visitors from around the world. All the expectations are that the number of cases here will rise rapidly in the coming weeks.  But so far the number is low.

There is widespread frustration caused by the lack of information being provided by the National Public Health Emergency team, the body dealing with the crisis which is headed by Dr. Tony Holohan, chief medical officer in the Department of Health.  Holohan and his officials -- and the Minister for Health Simon Harris -- appear to believe that the less the public is told the better.

The declared aim is to protect the privacy of people who get the disease and to avoid alarm in the areas where they live.  The effect, however, has been the opposite, with increasing irritation at the minimal information being provided. 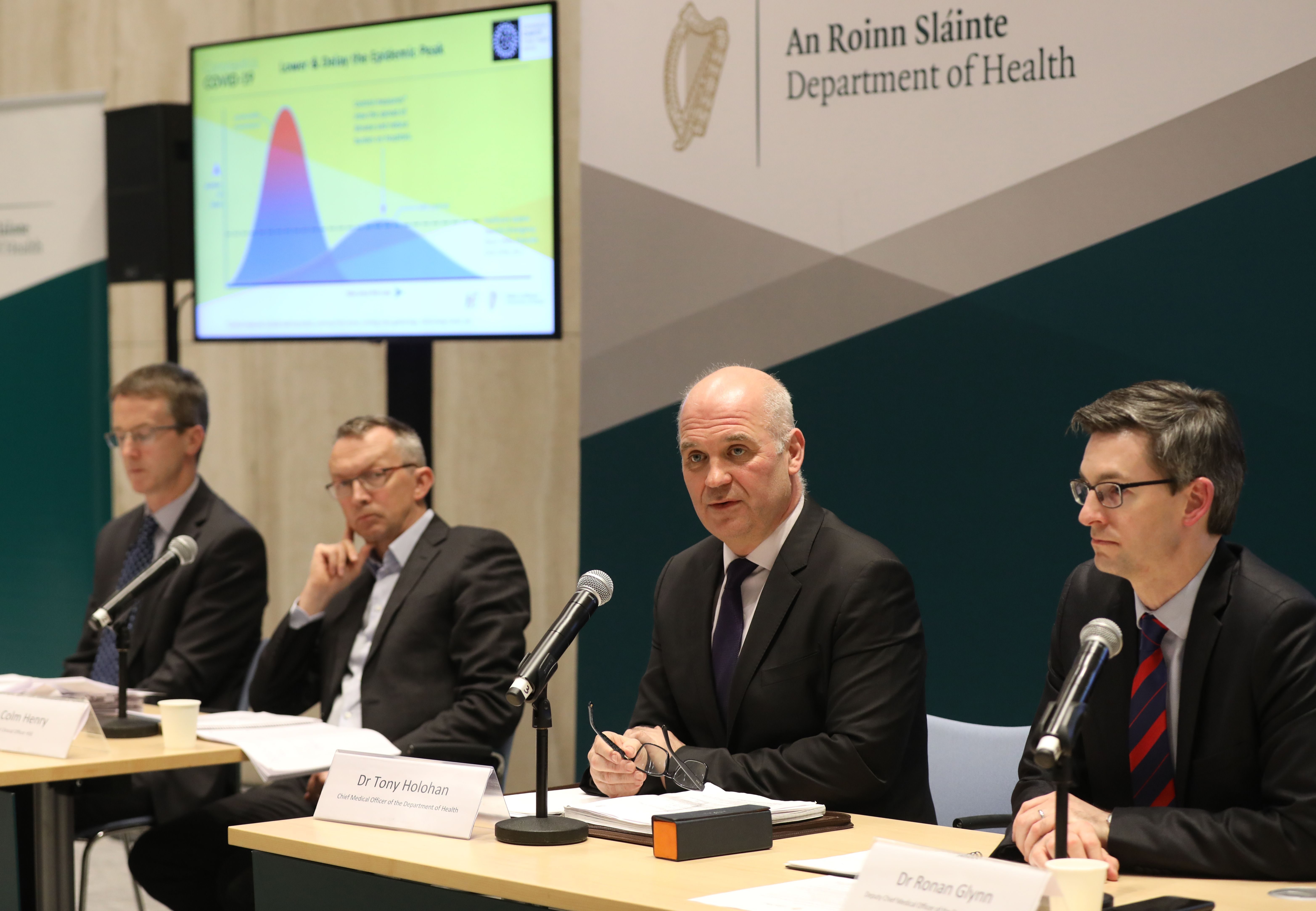 When it quickly emerged online that it was a secondary school pupil in Dublin returning from a school skiing trip to Northern Italy, Holohan refused to name the school.  Again this caused unnecessary fear for a few hours, as parents with kids in schools across Dublin worried.

The attempt to conceal the name of the school was futile anyway since the school had been closed and this was being discussed by pupils and parents on social media.  So within hours, the identity of the school was across the internet.  How the officials thought they could keep it secret and why they thought it was a good idea to do so is hard to understand.

Holohan said that the reason to refer initially only to a "male in the east of the country" and then to refuse to name the school was done in the interest of patient confidentiality. But it was the identity of the school that parents across Dublin wanted to know, not the name of the unfortunate student who was ill.

Just as ridiculous had been the refusal a few days earlier to give information about the first case to emerge in Northern Ireland which had ramifications here.  This involved a woman who had come back from a skiing trip to Northern Italy and had flown into Dublin Airport before traveling on to Belfast. Holohan revealed that the woman had used public transport to go North but refused to say whether she had traveled by bus, train or taxi. 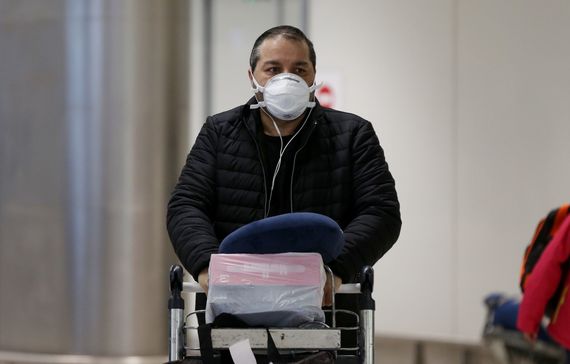 A man wearing a protective mask at Dublin airport.

This gave people here the feeling they were being treated like children.  If you want people to remain calm, to have confidence in the authorities and to behave like adults, you need to treat them like adults, not children. But Holohan and his officials did not appear to understand this.

Despite criticism of their high-handed attitude to revealing information, they were still at it last week when a family of four from Co. Clare who had also come back from a skiing trip to Northern Italy became ill.  Holohan would only say that it was a "group of four people in the west of the country."  He repeated that the release of limited information was aimed at protecting patient confidentiality and would remain the policy.

The problem with this exaggerated secrecy is that it undermined trust in the authorities as people begin to doubt whether they were being given enough information to protect themselves.  Other countries have adopted a much more open approach, giving age, sex, general location, whether pre-existing conditions were involved and the possible circumstances that led to a person getting the virus.  Here we are being told virtually nothing.

This feeling of uncertainty was increased last week by the less than convincing way an infected person was handled at Cork University Hospital (CUH).  The man presented at the busy Emergency Department and it was thought initially to be a case of pneumonia.

By the time it was identified as the virus, he had been in the hospital for several days, after being in close contact with people in the crowded ED for hours.  As a result, more than 60 staff at the hospital were sent home to self-isolate for 14 days and people in the ED were being traced.

Isolation and contact tracing is the "containment" policy which has been followed in all the cases here so far, with contacts of infected people being identified and then told to isolate themselves.  It can be a wide-ranging and time-consuming process.  And it's impossible to say how effective it is.

In general, the approach has been to not do anything until people present as ill and then to test and deal with the situation if they are positive. This wait and see policy has been questioned widely here, including by senior medical people.  Rather than us taking a passive "containment" approach when cases arise, they feel we should have been doing far more last week to limit the arrival of the disease, with travel restrictions and thermal testing.

Apart from the man in CUH, all of the 19 cases which emerged here in the first week were linked to travel from Northern Italy, the worst affected area in Europe (Italy reached over 7,000 cases last weekend and the entire Lombardy region of 18 million people, with Milan at its center, is now in a China-style lockdown.)  Yet despite this, calls to stop flights into Ireland from the area and for temperature checks on travelers arriving from anywhere in Italy were refused last week.

Holohan and his officials maintained this was not necessary, was not advised by the World Health Organization (WHO) and would be ineffective anyway. He said that people in Northern Italy could cross into Switzerland and fly from there or from other airports in Italy or elsewhere in Europe.  Unless we were to stop all flights from Europe it would not work.  He said that temperature testing at Dublin Airport would not work either because people who had the virus but were not yet showing symptoms would get through. 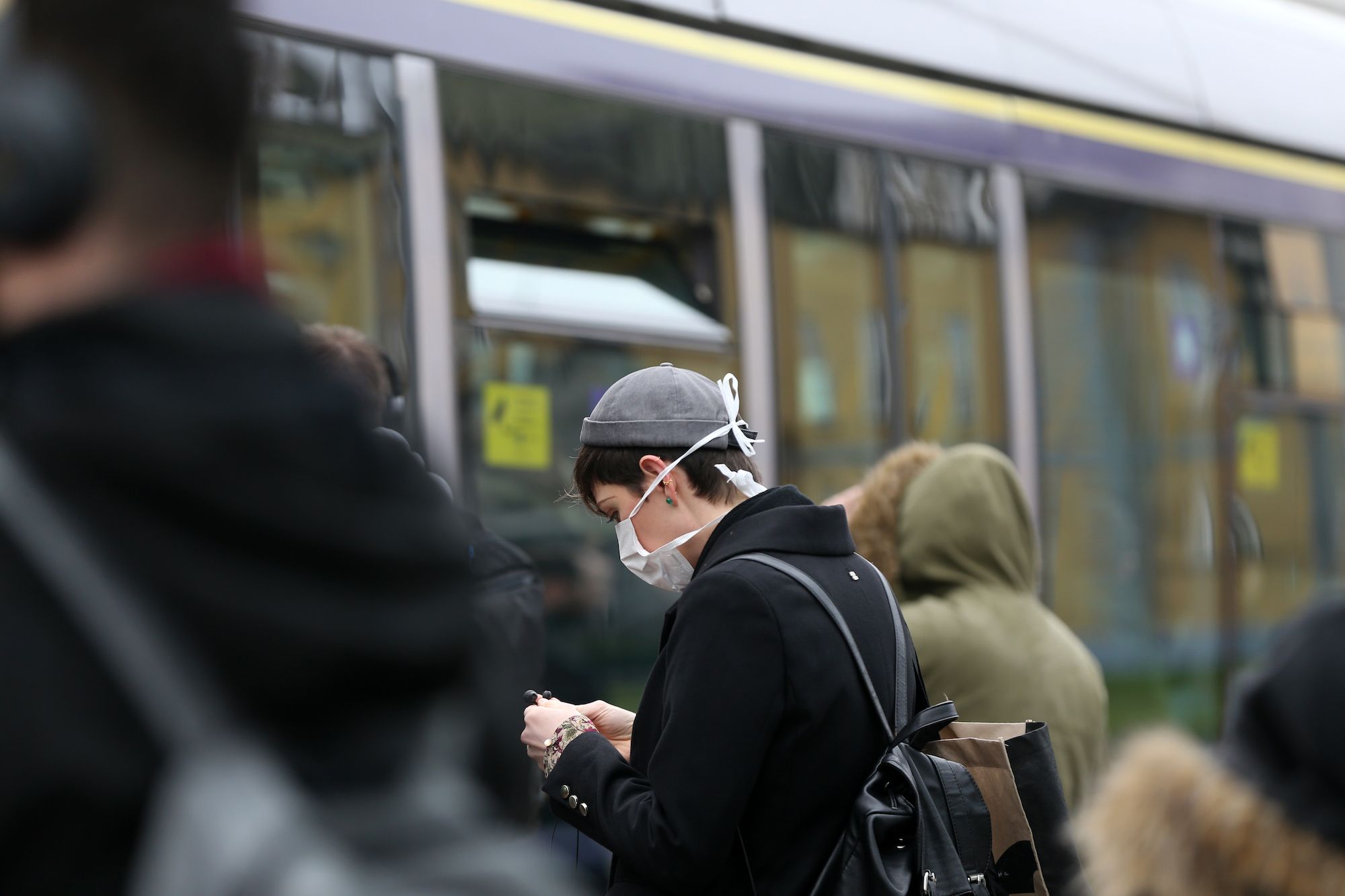 A woman wears a protective mask waiting for the Luas, in Dublin.

But stopping flights from the worst affected areas, in particular from Northern Italy, and using thermal testing at the airport to identify people who did have elevated temperatures seemed to make sense.  No one was suggesting it would be a total solution, but it might have helped.

Since we are an island we had a better opportunity to try to limit the spread of the virus than mainland countries in Europe, where the general WHO advice was more relevant.

Too many people here it seemed crazy that flights were still arriving from Northern Italy last week even as the crisis there escalated. The fact is that 18 out of the 19 cases that emerged here in the first week were related to travel from Northern Italy, a popular destination for skiing trips for schools, workgroups, and families.

In general, there has been growing concern here not only about the limited information being given but about some of the decisions being taken, the Ireland-Italy rugby match being an example.  Even though the match in Dublin last weekend had been canceled, many Italian rugby fans who had already paid for their flights and accommodation traveled here anyway to enjoy a weekend in Dublin.  More than 10 flights from Northern Italy arrived on Friday and Saturday.

The reason was given by the minister a week ago for advising that the match be canceled was the danger of having a large number of Italian fans packed into the stadium in Dublin intermingled with Irish fans.  But because the flights continued, we had hundreds of Italian rugby fans in crowded pubs in Dublin over the weekend anyway.

Across Europe, the rapid spread of the virus has led to growing restrictions on movement and on public gatherings.  Last weekend France banned gatherings of more than 1,000 people, for example.

But here it took until Monday before a decision was made by the Cabinet to cancel next week's St. Patrick's Day festival in Dublin.  The problem is that, like with the rugby match, the decision is very late and many foreign visitors may already have made their arrangements and will come here anyway.

Unbelievably, flights are still coming into Dublin today (Monday) from Northern Italy even though it is in lockdown.  And there is still no thermal testing of arriving passengers.  Instead of being proactive we are still following the wait and see containment approach to this unfolding crisis.

All of which is very worrying and it may already be too late to change.  The latest two cases last weekend were the result of community transmission -- people who contracted the disease without being abroad or having direct contact with people who have come from infected areas outside the country.   As we have seen elsewhere, this is the phase that brings a rapid escalation in the number of cases.

There is no reason to think that Ireland will escape this.  The prediction by senior health officials here in one paper last weekend was that up to 40 percent of the population will get the disease.

And unfortunately for us, we only have a caretaker government in place to handle what is likely to be the greatest challenge we have faced since the Famine.

Read more: Trump has failed the coronavirus test, it's too late for a re-sit