Upcoming Vegas, Aug 26, fight is the scam of the century. 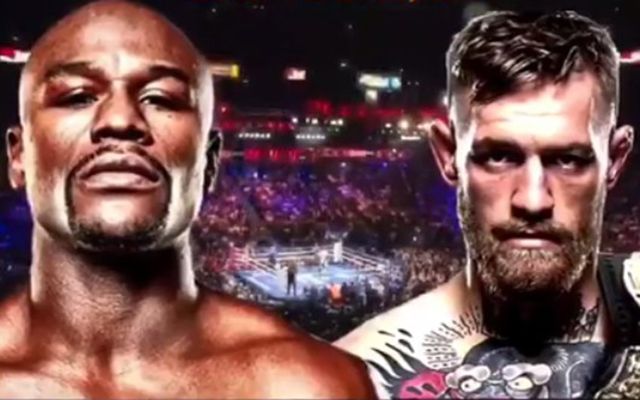 Let’s call the just announced Conor McGregor/Floyd Mayweather fight the scam of the century. Even Bernie Madoff might blush at such daylight robbery.

$200 million is what suckers will allegedly pay out to watch Conor McGregor and Floyd Mayweather, AKA the Wife Beater, do battle on August 26 in Vegas. It is the greatest con since Madoff almost ruined Wall Street.

This fight has all the significance of a fart in a hurricane and just as much impact. McGregor has as much chance as a jackass in the Kentucky Derby.

Worse, his opponent is a domestic abuser and violent man outside the ring too. He deserves no respect.

Mayweather is a thug and a woman beater. Seven times he has been cited or arrested for committing violence on women. When he found texts from another man on his ex-wife's phone he went to her place and attacked her.

He punched her repeatedly, pulled her off a couch by her hair and twisted her arm. Her son was able to call the police which, she says, saved her from being killed.

On International Women's Day, a protest is held against the Marriott Hotel for hosting boxer Floyd Mayweather for an event. pic.twitter.com/0uqdgSxCep

As Deadspin.com noted: “Floyd Mayweather’s history of misogyny, expressed—as he is wont to do—through violence, is well-documented and reprehensible. It extends over a dozen years and includes at least seven separate physical assaults on five different women that resulted in arrest or citation, as well as several other instances where the police had to be summoned in response to an actual or perceived threat from Mayweather.”

Don’t worry folks, you won’t hear about any of that sordid stuff when the build-up to the fight begins. There is money to be made, oodles of it.

Both men will earn more than three times Lebron James’ yearly salary of $30.1 million for a single 12 round fight.

Into the bargain add that McGregor may get badly hurt. He once stated that those who hated him “pay their hard-earned money in the hope to one day seeing me face down in a pool of my own blood.” I fear they will get their wish on August 26.

'The Notorious' deserves an A-Plus from Trump University for hype and hollering in pursuit of his enormous pay day. The Mouth of the South of Ireland has no peer when it comes to selling himself and good luck to him.

Man, much respect to Floyd Senior still getting a few rounds in at the gym. I hope I can still train at that age.
Respect. pic.twitter.com/Q2jv4Lffgd

But as for defeating the Wife Beater, also the best pound-for-pound boxer of the last decade? He will be lucky to survive a round. Mayweather has an opportunity to improve his record to 50-0, surpassing the great Rocky Marciano’s 49-0, and with what will be one of the easiest fights of his life.

Why will it be as one-sided? Well imagine Tiger Woods in his prime being asked to guard Michael Jordan in his prime in a basketball game – two great athletes, two different sports.

McGregor is Woods in that scenario. He is a great athlete, but he is not a boxer of any stature. He first started boxing as an amateur in Dublin and gave up to pursue a plumbing career until MMA came along. His boxing career was in the toilet, but MMA revived it. MMA resembles boxing only as a jackass resembles a thoroughbred racehorse.

There will be no leg kicks or choke holds or round kicks or double leg take-downs. There will just be fists.

Mayweather has been knocked down just once in his career by fighters with many times McGregor’s punching power. The Notorious will be flailing at the air against the greatest counter-puncher boxing has ever known.

No dear, gullible patrons there will be no fairytale of Las Vegas. McGregor will lose this fight easily and the Wife Beater will carry on, more famous and obnoxious than ever and the suckers will go home wondering what just happened.