McGregor has undoubtedly tremendous fighting skills but his skills outside the ring have arguably helped him even more. Here are his best quotes. 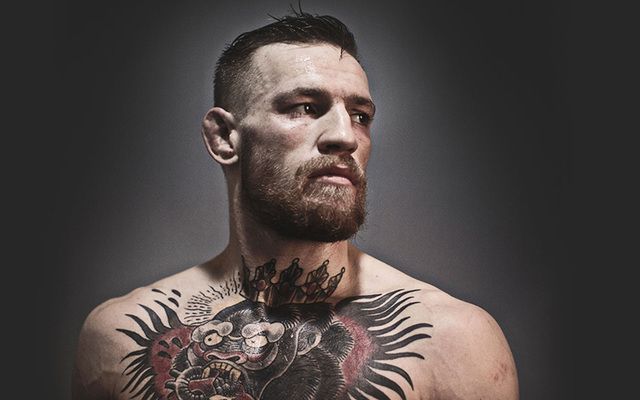 Conor McGregor has become one of the biggest sporting stars in the world conormcgregor.com

Conor McGregor is arguably one of the biggest sporting stars in the world today. The brash talking Irishman, known as “The Notorious,” has not been shy at promoting himself and it has certainly paid dividends for him. Since signing with the Ultimate Fighting Championship (UFC) in 2013, McGregor has quickly risen to the top of the sport.

In that time he has beaten many top names across three different weight classes, while also becoming the first fighter to hold two UFC titles simultaneously. McGregor has undoubtedly got tremendous skills inside the UFC octagon, but his skills outside the ring have arguably helped him even more. It is hard to choose between all his quotes over the years, but here is a rundown of some of the best.

1. “I am cocky in prediction. I am confident in preparation, but I am always humble in victory or defeat.”

This was in the post-fight press conference of UFC 178. After defeating Dustin Poirier by way of technical knockout, McGregor was speaking of his respect for all fighters who have the same dreams of success as he has. McGregor did put his words into practice after his defeat by Nate Diaz – by submission – at UFC 196, marking his first defeat within the promotion.

This gem came during the post-fight press conference after McGregor’s second UFC fight, in which he defeated Max Holloway by unanimous decision. During the fight McGregor tore his ACL and was forced to take the fight to the ground and grapple, a discipline we don’t often see McGregor utilize. Holloway recently won the UFC Interim Featherweight title, the belt which McGregor relinquished after winning the UFC Lightweight title at UFC 205 in Madison Square Garden.

After winning his first UFC fight in impressive fashion, McGregor received a $60,000 (€56,482) bonus for ‘Knockout of the Night’ – humble beginnings for the mega sports superstar we see today. McGregor has gone onto become one of the UFC’s top paid athletes as well as earning sponsorship deals outside the company. McGregor has recently stated that he now wants to own shares in the UFC, not to mention he was recently presented with a brand new customized Rolls-Royce Ghost courtesy of Rolls-Royce.

4. “I tell you what, them Irish genes are good. They've served me well. We are made tough. We are made of steel. So I have no doubt the blood in my genes, the Irish blood in me has definitely stood to me. My family's lineage, we are warriors.”

In July, McGregor appeared on the cover of ESPN’s Body Issue magazine, which highlights athletes in sport. McGregor also conducted an in-depth interview with ESPN in which he discussed various topics like training, being a fighter and his roots. McGregor didn’t hold back when discussing how proud he is to be Irish and what it means to him.

This quote came early in McGregor’s UFC tenure and it is safe to say he hasn’t been proved wrong. Irish fans are some of the most passionate in the world regardless of the sport. Thousands of Irish fans travel to see McGregor fight each time. McGregor is paving the way for young up-and-coming athletes in Ireland who dream of being top of their respective sports. This quote is also one of his many quotes that can be seen branded on t-shirts being sold.

6. “It's a tough pill to swallow, but we can either run from adversity or we can face our adversity head on and conquer it. And that's what I plan to do.”

In a humbling experience after his first UFC loss to Nate Diaz at UFC 196, McGregor was gracious in defeat and made no excuses.  For this fight McGregor jumped up two weight classes to face Diaz at welterweight (170lbs or 77kgs) after his scheduled opponent pulled out of their UFC Lightweight Championship fight at 155lbs (70kgs). McGregor wasted no time in avenging his loss by beating Diaz in his very next fight, thus becoming one of the UFC’s biggest grossing pay-per-view events.

7. “I own this town. I own Rio de Janeiro, so for him to say that he is the king and I am the joker, if this was a different time, I would invade his favela on horseback, and would kill anyone who wasn’t fit to work, but we’re in a new time, so I’ll whoop his ass instead.”

In the lead up to his showdown with Jose Aldo for the UFC Featherweight Championship, McGregor took pre-fight trash talk to the extreme. For months leading up to the fight McGregor verbally attacked Aldo at every turn, making sure he could get inside his opponent's head. Eventually they did fight and McGregor finished Aldo after 13 seconds of the opening round to claim the title.

8. “These custom-made suits aren’t cheap. This solid gold pocket watch, three people died making this watch. I need to put people away. I need those big fights. I’m going to end up in debt pretty fast.”

When it comes to clothing and accessories McGregor has pretty expensive taste. It is rare not to see McGregor sporting a custom designed suit or designer sunglasses. He is creating a style all of his own and it wouldn’t be far-fetched to expect to see a clothing line with his name on it in the not-too-distant future. Let’s just hope he doesn’t bring back that top knot.

9. “I’ve ridiculed everyone everyone on the roster. I just want to say from the bottom of my heart ... I’d just like to take this time to apologize……..to absolutely nobody! The double-champ does what the f**k he wants!”

McGregor has been talking a big game since joining the ranks of the UFC in 2013. There was a lot of hype about him before his first bout, but he has lived up to that expectation. Even after his sole defeat in the UFC he was able to pick himself up and move forward. McGregor has done things in the UFC that no other fighter has ever achieved in multiple weight classes, winning multiple belts at record-breaking main events. As long as he keeps winning and keeps looking impressive, the checks will continue to roll in and continue to get even bigger, and, of course, we can expect some more memorable quotes.

If you have any suggestions for the best Conor McGregor quotes please feel free to let us know. What better way to end it then with the man himself and one of his funniest put-downs.