The one big reason Hillary Clinton lost the White House

The Clinton campaign’s hemorrhage of Catholic votes in the Midwest won Donald Trump the presidency. 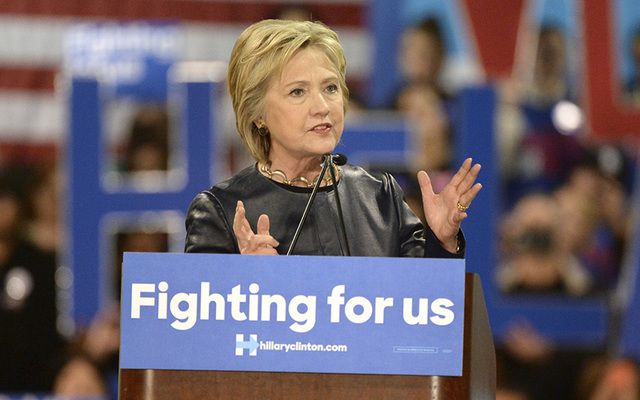 Hillary Clinton, "Fighting for US," on the campaign trail. iStock.

The Clinton campaign’s hemorrhage of Catholic votes in the Midwest won Donald Trump the presidency, a leading Catholic analyst has declared.

George Marlin, a former candidate for New York City Mayor and historian of Catholic America, made the claim in The Catholic Thing publication after combing through data showing a dramatic drop in support for the Democratic candidate in Catholic parts of Rust Belt states that voted for President-elect Trump. 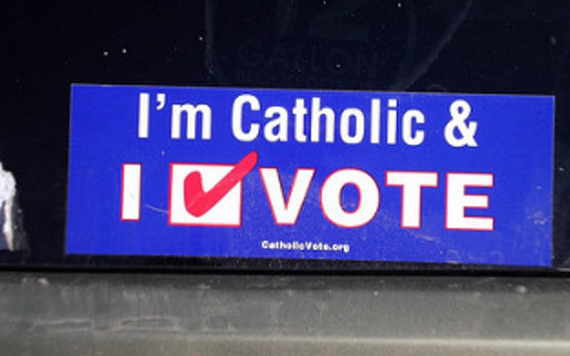 Exit polls show that, while in 2012 President Obama won 55 and 52% of the “generic” Catholic vote nationwide, this year American Catholics voted 52% for Donald Trump – making 2016 only the second time in a quarter of a century that Catholics have  voted for the Republican presidential nominee.

Efforts to drive up the Clinton campaign’s number amongst blue collar workers were panned. The New York Times reported that an invitation from Notre Dame University to Clinton to give the prestigious lecture at their new school of international studies was declined on the grounds that, “that white Catholics were not the audience she needed to spend time reaching out to.”

This decline was crucial in flipping the Midwest states of Pennsylvania, Ohio, Michigan and Wisconsin from blue to red and handing Trump the keys to the White House.

Read more: Many Irish in Ireland and in US fear Trump’s victory

Key to all this was Pennsylvania, with its 20 electoral vote. Approximately 18% of the Keystone State's people claim Irish ancestry and over a quarter of Pennsylvanians are Roman Catholic. In 2012 Obama received an average of 47% of the vote in the state’s top 20 most Catholic counties, helping him beat GOP nominee Mitt Romney by just over 300,000 votes statewide.

But in a trend seen across the Midwest, the Democrats failed miserably to inspire Catholic voters and the Clinton campaign won a paltry 42.5% of votes in the state’s 20 most Catholic counties, down nearly 5% on 2012.

Whilst the former Secretary of State’s numbers were steady in wealthy Delaware County – she won 59%, only one percent down on Obama in 2012 – her support fell through the floor in poorer parts of the state. In blue collar Cambria and Elk counties her support dropped by double digits, 11 and 15 points respectively compared to the previous election cycle.

Trump’s promises to renegotiate trade deals and halt the decline of manufacturing jobs clearly struck a chord with many traditional Democrats in the Midwest. This was obvious even before Tuesday’s shock result.

In Ohio – 14% of whose population is Irish American – Clinton’s numbers were similarly poor, underperforming Obama in all but one of the state’s 15 most Catholic counties. In the heavily unionized Mahoning County, support for the Democrats fell off a cliff, with only 49% voting for the former Secretary of State, against 63% who had chosen to re-elect Obama four years ago.

Trump’s surprise victory in Michigan by a nail-biting 11,837 votes flipped 16 usually Democratic electoral votes into his column and was similarly attributed to his appeal among the state’s Catholics. Clinton’s margins were down ten points or more on Obama’s 2012 victory in the state’s 20 most Catholic counties. In St. Clair County only 31% of voters backed Clinton, against 45% who voted for Obama. In Menominee County the decline was even worse, with a 15% drop in support for the Democratic candidate.

In heavily-Catholic Wisconsin – a state where 11% of residents claim Irish ancestry – Trump scored his most surprising win on the back of the blue collar Catholic vote. Clinton won more than 50% of the votes in only 5 of the state’s 31 most Catholic counties, a huge swing from the Obama years when the President won 24 and then 14 of those same counties. All of which contributed to Clinton losing the state and its 10 electoral votes by a razor thin margin of 27,389 votes. It was the first time the Badger State had voted for a Republican Presidential candidate since Ronald Reagan’s 49 state landslide in 1984.

Few predicted last week that the Catholic vote in Rust Belt states would be so decisive: the Clinton campaign had focused on turning out the Obama coalition of young people, the college-educated and minorities, convinced that this would deliver them victory like it had in the last two elections.

Had the campaign made a play for the white Catholic vote in the same way it targeted other groups it is conceivable that Clinton could still have won. If Clinton had won just 70,000 more votes in Pennsylvania, 13,000 in Michigan and 30,000 in Wisconsin all three states would have stayed blue and Hillary Rodham Clinton would be the 45th President-elect of the United States.