You don’t want to listen to Joe Rogan? Then don’t. But watching the mob come after him, especially so many members of the “respectable” media, is pretty sickening. 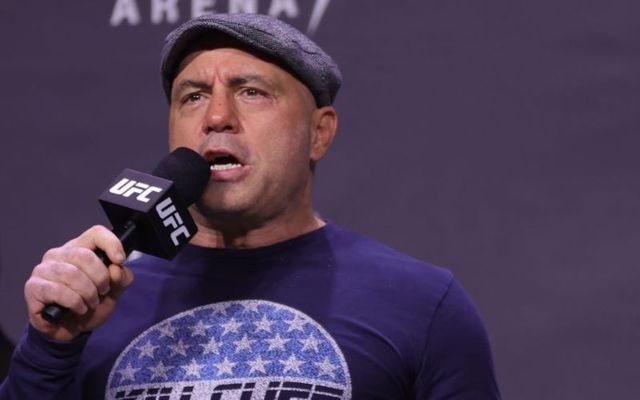 The year was 1992. The Irish Voice, only five years old, proudly hired a controversial new columnist, someone whose literal speaking voice was banned from the airwaves in his native Ireland and the U.K., and whose views were considered criminal and even deadly at the time.

You probably know our rookie writer’s name by now – none other than Gerry Adams, Sinn Fein leader and architect of the peace process in Northern Ireland which continues to this day, now an esteemed elder statesman who commands respect the world over.

It wasn’t always so.  Up until 1994, Adams was barred from entering the United States and speaking to a growing legion of supporters here who were fed up of the “Ulster Says No” mentality which reigned in Ireland and the higher echelons of the U.S. government.

President Bill Clinton thankfully reversed decades-old American policy and issued Adams his first U.S. entry visa in January of 1994.  The Sinn Fein leader traveled to New York City for 48 hours to speak at a foreign policy conference and meet his supporters.  He was trailed by a throng of media members every step of the way, and for sure he got his message across – a divided island of Ireland was simply untenable, and Catholics in the North would no longer stand for being treated as second class citizens.

Those were fighting words back then, not here really but to the powers that be in Westminster who never missed an opportunity to label Adams and Sinn Fein as “terrorists” who were enemies of the rule of law.  They were apoplectic that the U.S. handed Adams a visa, a platform and, finally, a voice.

Scroll ahead a couple of decades. Sinn Fein, former so-called criminals and outcasts, is now the most popular political party in all of Ireland, poised to take power in the next Irish general election.

Censorship was abhorrent when Adams was looking for a venue to express his viewpoints.  It remains so to this day.

But now we also have cancel culture in full swing, which brings us to Joe Rogan, the multi-hyphenated comic-UFC commentator-Spotify podcaster.

Rogan is getting all kinds of stick for spreading Covid “misinformation” on his wildly popular show The Joe Rogan Experience, the top-rated podcast on Spotify by a mile. Joe’s gotta get canceled, wise artists/Covid experts Neil Young and Joni Mitchell said, and no doubt more will join the fray.

To show how sincere they are, they yanked their music from Spotify in protest.  (Young, funnily enough, was part of the counter culture back in his day and a vociferous opponent of the Vietnam War.)

What’s the problem?  Well, Rogan has on occasion hosted some guests who have questioned the origin of the coronavirus and safety of the vaccines during the course of his hours-long, deep-dive interviews.

No doubt he’s has talked to some wackos, specifically Dr. Robert Malone last December who told him that people waiting in line for vaccines was equivalent to mass formation psychosis.

Rogan also weighed in on the vaccine debate last April when he said, “If you’re, like, 21 years old, and you say to me, ‘Should I get vaccinated? I’ll go no,’” he said during a podcast.

Not long after he walked back those comments.  "I'm not a doctor," Rogan said. "I'm not a respected source of information, even for me…I'm not an anti-vax person.  I believe they're safe and encourage many people to take them."

Does Joe Rogan want to be your personal physician, specifically with regard to Covid? No.

Does he want to broaden your line of thinking when it comes to the pandemic, health and wellness, the UFC, marijuana use, politics, comedy, etc.? Sure. That’s why so many listeners subscribe to Spotify, which paid Rogan $100 million to carry his podcasts which get into all kinds of subjects.  He’s a superb conversationalist and endlessly curious which makes for great podcasting, though he says he operates more or less on the fly during the semi “apology” video he was undoubtedly forced to make on Monday.

How dare Rogan, or any of us, ask questions or form our own opinions that might not align with the experts.  The government is always right…except when it’s not.

Not long after 9/11/2001, Environmental Protection Agency leader Christine Todd Whitman firmly told the public that the air around the devastated World Trade Center site was “safe to breathe.”  Her proclamation was taken as gospel yet a few years after, a huge number of first responders were sickened with various cancers traced to what they inhaled when they worked to clear the aftermath.  They are dying painful deaths to this day.

Make no mistake – I am 100 percent pro-Covid vaccine.  Having had a case of Covid myself last year, it’s no fun.  But I also believe it’s healthy to have conversations about what we are told is good for us, and what we are told we must go along with.

That’s where Rogan comes in. And where Gerry Adams came in all those years ago when the Irish Voice gave him an American voice.

You don’t want to listen to Rogan? Then don’t.  But watching the mob come after him, especially so many members of the “respectable” media, is pretty sickening and no doubt rooted in good measure to jealousy given the massive size of Rogan’s audience.

As The New York Times reporter Matthew Rosenberg surprisingly tweeted on January 30, “Joe Rogan is what he is. We in the media might want to spend more time thinking about why so many people trust him instead of us.”