The usual round of Paddy jokes began, especially in the British media where eccentric Paddy was seen to be up to his usual devilment and getting a few laughs at the expense of the Russians. 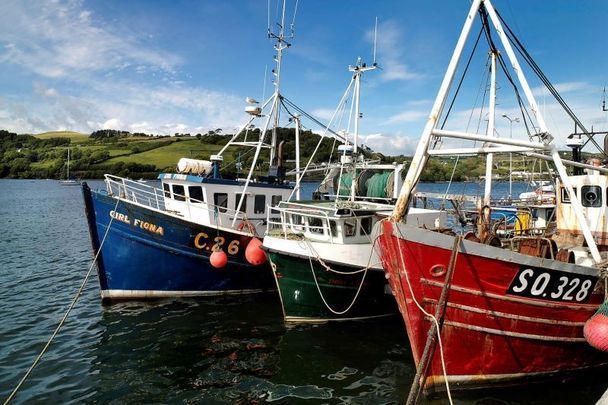 At first, it seemed like a bad comedian’s joke.  Irish fishing boat owners were threatening to take on the second most powerful navy on earth because they had scheduled naval live fire exercises in the Atlantic waters 150 miles off Ireland but within the Irish economic zone.

The usual round of Paddy jokes began, especially in the British media where eccentric Paddy was seen to be up to his usual devilment and getting a few laughs at the expense of the Russians.

A few days into the incident, however, it became far more complex than a fishy story.

It turned out the exercises were smack in the middle of the Irish fishing grounds, and experts agreed that Irish fishermen would be in grave danger if they decided to stick to their fishing routine.

Live fire is live fire, and the encroachment of the Russians in such an arrogant manner onto Irish designated waters without as much as a thought for what might happen sent alarm signals through the Irish government.

It turned out the Russians had informed the Irish that they were sailing into their waters and a major naval exercise was underway.

The government finally realized the hullabaloo if Irish fishing trawlers were hit and people killed or injured.

But it was the fishermen who turned the naval armada around.

The fishing crews were based in Cork, and the ability of Cork men and women, in particular, to speak volumes elegantly on whatever subject under the sun became evident.

Day after day the fishermen held fast to their concerns that their livelihoods were at stake, not to mention their actual lives if the Russians began a fusillade of firing in the region of the Atlantic where the trawlers would fish.

It had started as a joke story, one that had a nod and wink as if it were not really pernicious.  But suddenly the world took notice, nowhere more than in the U.S. where top-rated MSNBC anchor Rachel Maddow began to draw a strong contrast between the brave Irishmen unafraid to confront the Russians, and the dithering by the Americans and Europeans about how to handle a far bigger invasion, the one threatened into Ukraine by the Russian Army.

The fishermen secured what in retrospect is extraordinary, a meeting with the Russian ambassador in Dublin where, with the world press gathered outside, the fishermen gave a blunt warning that they were going fishing whatever the Russians decided.

At first, it seemed the Russians had agreed to listen to the fishermen and give guarantees about their safety, but the Russians later strongly denied that any guarantees were given.

All of which was grist to the mill for Maddow, who reported that the saga of the fishermen was the most popular item on her show in quite a long time.

There was yet another wonderful episode when one Patrick Murphy, head of the fishermen’s group, spoke for 10 minutes non-stop on Maddow’s show, his rich Cork accent leading to baffled stares, no doubt, in the studio.

It looked like it was victory for the Russians but then, no doubt, given the ridicule in America and the focus being taken away from Ukraine, they conceded to the fishermen in the biggest underdog victory since David shocked Goliath.

By standing their ground the fishermen did the image of the Irish no harm at all.  It showed a rare type of courage to take on the Russian bear and come out on top.