A Catholic coup in the US Supreme Court

Amy Coney Barrett, President Trump's nominee to the Supreme Court, will bring the number of Catholics on the court to six if she passes muster in the Senate, which looks likely. 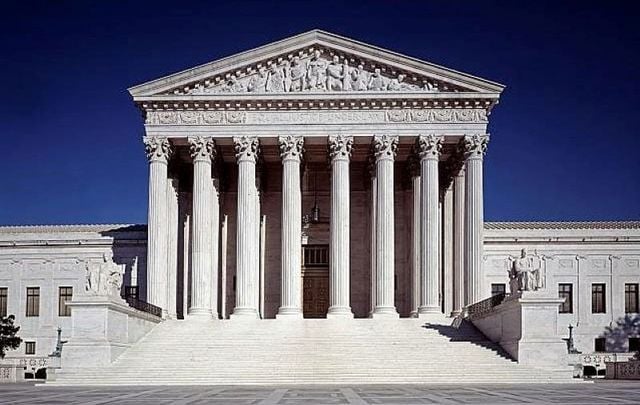 The Supreme Court building in Washington, DC. Public Domain / US Library of Congress

Amy Coney Barrett, the Notre Dame law professor, is a contentious choice by Trump, but also continues an extraordinary streak of Catholics being chosen for the Supreme Court.

*Editor's Note: This editorial first appeared in the October 14 edition of the Irish Voice newspaper, sister publication to IrishCentral.

It is no accident that so many Catholics are suddenly on the court. It is a result of decades of cooperation between conservative Catholics on the one hand and white evangelicals on the other.

For decades, evangelicals were deeply suspicious of Catholicism, an attitude that peaked when John F. Kennedy ran for president and southern evangelicals considered him the anti-Christ.

There was even wild talk of a tunnel linking the Vatican and the White House, showing that QAnon types flourished back in 1960 too. Billy Graham, the undisputed leader of white evangelicals, even convened a meeting of other fundamentalists in Montreux, Switzerland, so the media would not be alerted.

Graham and about 25 evangelical church leaders from the U.S. attended, according to author Carol George, who wrote a book on Norman Vincent Peale, another leading evangelical.

"They were unanimous in feeling that the Protestants in America must be aroused in some way, or the solid block Catholic voting, plus money, will take this election,” she wrote.

Kennedy put talk of such nonsense firmly to rest when he stated categorically he was the candidate of the Democratic Party, not the Catholic Church.

But times changed and the hostilities eased. Both hardline Catholics and evangelicals realized they needed each other if they were to succeed.  Issues such as abortion, gay rights, and religion in schools were natural crossover topics.

The evangelicals brought top Republican politicians to their side, but reaching for judgeships was not on their agenda.

A law degree from the evangelical Liberty University was not even close to one from Notre Dame in the snooty world of judicial appointments. Breaking through to the Harvard and Yale circuit was also soon accomplished by conservative Catholics.

Enter the Federalist Society, a group of leading legal minds on the right who set about drafting a list of judges that they could inform friendly politicians they wanted to see promoted. The evangelicals could also lobby their captive politicians.

Conservative Catholics fitted the bill. To say the tactic worked is understating it. Every one of Trump’s appointments to the Supreme Court were recommended by the Federalist Society.

Indeed, once again, in the Coney Barrett case, the Federalist Society gave its seal of approval to Coney Barrett.

Federalist Society leader Leonard Leo even took a leave of absence to personally oversee the process. Coney Barrett was the result, as were previous Trump justices, Brett Kavanagh and Neil Gorsuch.

The Federalist Society had completed a very clever strategy that amounted to a coup, and they got exactly what they were looking for. Their choices could change America forever.

The court was once the bastion of white WASPs and all male.  It is extraordinary to note that all current justices are either Catholics or Jews with the exception of  Gorsuch, raised a Catholic but who later converted to Protestantism

It certainly represents a changed America, but not the way most citizens want it to go.

On issues such as Roe v Wade, Obamacare, and gun control, the court is far to the right of the majority of Americans.

An even stronger slew to the right is expected if Coney Barrett is selected.