Black lives matter, but do not defund the police

The idea of defunding the police in this center-right country was rightfully anathema to voters who made it clear that blue lives matter just like black lives do. 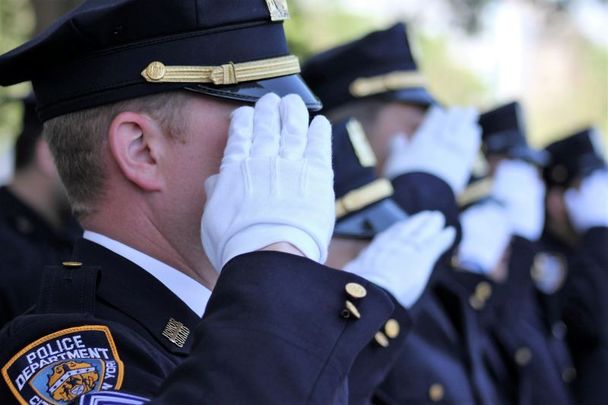 If there was one damaging moment that should be seared into the hearts of Democratic Party candidates this recent election cycle, it was the moment the term “defund the police” first came to public notice.

It was not a new phrase. In fact, it traces back to the 19th century, but it clearly was a bridge too far in 2020 for many American voters.

While fully acknowledging the naked police brutality in recent killings of black innocent men and women, the way forward is not defunding the police the vast majority of Americans believe.

If the term used was “reform the police” or “retrain the police,” it is certain the backlash would not have been as great.

President-elect Joe Biden’s policy is direct and correct in calling for better police training, especially reallocating resources to teaching de-escalation tactics which work well in other countries worldwide. That is sensible policy and badly needed.

It is easy to understand the anger that led to the widespread use of the phrase. It was heard loudest during the protest against the horrific murder of Black man George Floyd by a Minneapolis police officer who knelt on the neck of Floyd for what seemed like forever.

But defund the police became the phrase that saddled every Democrat in a moderate district with a political burden that cost many candidates their seats,

Simply put, personal safety is a top priority for most people, and having enough police around is a vital part of that.

The left-wing of the Democratic Party in recent years has been used to getting its own way, led by Senator Bernie Sanders and spitfire pols like Alexandria Ocasio-Cortez. Arguably the left became the dominant voice in the party, and defunding the police became a popular slogan.

But the defunding issue was quickly tied by Republican candidates into the policies of the overall Democratic Party. It handed the GOP an issue they ran straight to the ballot box with.

It allowed them to cover up their own policy catastrophes such as the behavior of their president, arguing against Obamacare, separating innocent children at the border, providing tax cuts primarily for the very rich.

Instead, the GOP was able to become champions of law and order, standing up for the police, a high ground position to hold.

Everyone knows there are fewer tougher or more dangerous jobs than that of police officers who know when they leave home to start their shifts they might never return.

The idea of defunding them in this center-right country was rightfully anathema to voters who made clear blue lives matter just like black lives do.

Democrats who were hell-bent on running on healthcare and other winning issues suddenly found themselves snookered on the issue of defunding police and they suffered several setbacks as a result. It was a spectacular own goal that has already led to many angry standoffs between left and right in the party.

The skill and deft touch of Biden, who never allowed the issue to define him, stands out in the morass. Others like the PBA in New York City went way too far endorsing President Trump who had gleefully helped start the fires with his evil rhetoric.

Despite the controversy over policing, Biden and the Democrats won the White House which is pretty much 90 percent of the game. But in future, they need to hear the moderate voices on explosive issues.

Black lives matter, but do not defund the police should be two lessons learned from the election.

*This column first appeared in the November 11 edition of the Irish Voice newspaper, sister publication to IrishCentral.