A look at why Black Friday is the worst and is to blame for ruining Thanksgiving. 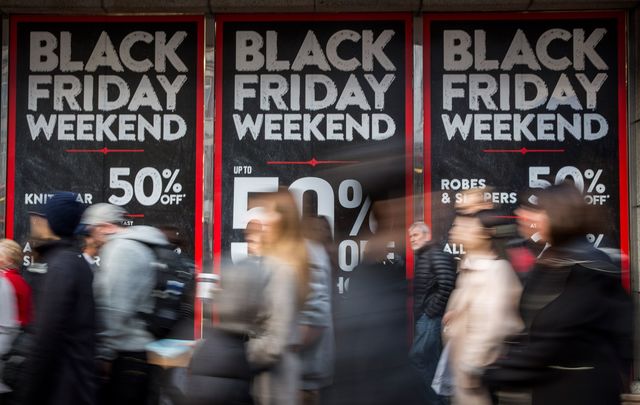 Hey, America you're ruining Thanksgiving with Black Friday. Do you care? Getty

Thanksgiving is being ruined by Black Friday and the increased commercialization of the family holiday.

Do you care? Thanksgiving just ain't what it used to be.

Back when I first moved to Ireland, Thanksgiving was one thing that I really missed, but now I have to ask, does Black Friday ruin Thanksgiving? I missed the simplicity of a day with no commercial implications, with no presents to buy and no cards to send.

Previously I wrote that Ireland should adopt Thanksgiving. I wondered why so many less-likable bits of American culture made it to Ireland, but not one of the best things America has to offer: Thanksgiving.

Unfortunately, I'm less positive about Thanksgiving than I used to be. The Thanksgiving I was writing about, the one I wanted Ireland to adopt, is in the process of being tossed away by America.

Stay at home instead of ruining this Thanksgiving with Black Friday. Image: iStock.

I don't know why, but for some reason, Thanksgiving has morphed into a sort of frenzied and frantic (and fake) Opening Day of the Christmas shopping season. It's a shame because one of the greatest things about Thanksgiving was that the stores were closed. I know that back in the day the little candy store or gas station would be open – for newspapers and gas – but there was basically no shopping to be done on Thanksgiving. What bliss! That is no longer the case. These days the stores are all falling over one another to shout out how they're open Thanksgiving Day as if this is a good thing.

This is a disaster. Oh sure, the stores don't open til late in the day, but that doesn't matter. They're open. Why?

How many family dinners will have to be rushed or desserts postponed because Mom or Dad has to be at work by 5 pm? A holiday is a day, not a few hours in the morning. Only not anymore. Now Thanksgiving is just another shopping day, albeit with the twist that the stores open in the evening and stay open for 30 hours or whatever. Some holiday.

Read More: For Irish Americans, Thanksgiving used to be Halloween

I guess the retail stores feel they must do this to compete with Amazon, which – of course – takes no days off. Yet most of the stores that are opening Thanksgiving Day have websites where you can buy stuff so why do they have to force employees out to work? And really, what is it that makes people so desperate to shop that they can't resist going to the stores on Thanksgiving Day? Is shopping really all that important?

Maybe there is some great sociological explanation for all this, but I don't really care. Nobody needs to buy a sofa or a skirt or a Playstation on Thanksgiving Day. They may want to, but they don't need to.

Yes, I know, Black Friday and all that hoopla. Another ridiculous contrivance. Were the stores empty on Wednesday? Was there nothing to buy anywhere last weekend? No, of course not. The idea that nobody buys a Christmas present until (the now shortened) Thanksgiving Day is over is patently false. That's why Black Friday is nothing other than a pernicious falsehood.

How much of a bargain can you really get on Black Friday anyway? Image: iStock.

Best Buy will wait. Let's have Thanksgiving Day – a full day – as a day without stores, without sales, without shopping. Just a day to give thanks. And to eat.

Do you love or loathe Black Friday? Sound off in the comments!