Biden’s most important speech, saving the soul of America

Joe Biden will deliver what is likely to become the most important speech of his political career on August 20 to close the Democratic National Convention. 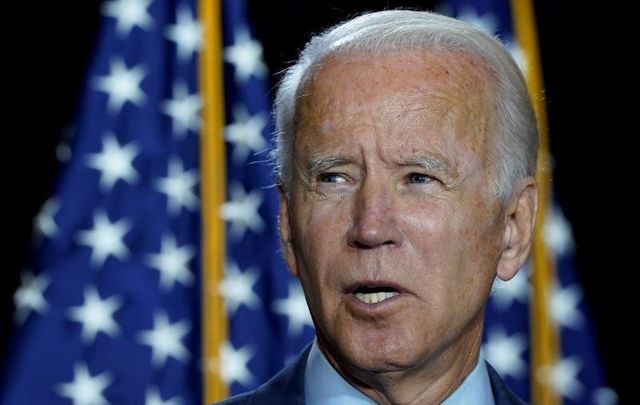 Joe Biden and his running mate Kamala Harris are set to take on incumbent President Donald Trump in the US Presidential Election in November.

*Editor's Note: This editorial appeared in the August 19 edition of the Irish Voice newspaper, sister publication to IrishCentral.

On Thursday, August 20, from his home state of Delaware, former Vice President Joe Biden will make the most important speech of his almost 50 years in politics when he accepts the presidential nomination of the Democratic Party. He needs to make the speech of his life.

Once nominated, he will then stand as the only obstacle to an American nightmare unfolding -- four more years of Donald Trump.

Let no one believe it will be an easy victory for Biden and his running mate, Senator Kamala Harris.

Despite corrupting every level of government, epically mishandling the coronavirus, a tanking economy, and violence on the streets, Trump is still very much a contender for a second term.

There are good reasons for that. Not since 1992 has an incumbent been turfed out. The Electoral College boondoggle favors the GOP, which lost the national vote in two of the last five presidential races but still won the White House.

Trump will do anything to win, whether it is corrupting the post office, having his lapdog attorney general create an October surprise, or simply refusing to concede defeat as he has threatened to do.

Trump won the White House in 2016 with just 46.1 percent of the vote. Biden would be well advised to count no chickens until the last ballot box is counted.

The choice will be stark in November. Does America want four more years of gangster government with democracy and safeguards of good government destroyed, or does it want to turn back on the road to perdition which is what a second Trump term would be?

Despite the sum of all those fears, Biden will have reason to be optimistic. The polls, even before the convention where candidates usually get a bounce, are in his favor with large leads in two pre-convention polls by CBS / Washington Post and NBC / Wall Street Journal

But against a feral mad dog like Trump, polls before Labor Day mean very little. Trump has only begun to do his worst. He has no problem at all violating democratic norms and has made it clear he will use every instrument under his control to win by hook or by crook.

His latest subterfuge is to stop the United States Postal Service delivering election ballots or returning them by yanking away their resources and firing top personnel who make the mail run on time.

His stalwart ally over in Russia, Vladimir Putin, would surely approve, as would every tinpot dictator who pretends to carry out free elections.

We have become so inured to Trump’s antics that we hardly know what he will do next. There has never been such a shameless anti-democratic occupant of the White House like this. America will never recover its democratic checks and balances and norms if he is re-elected.

Biden is likely the best we got, a working-class Irish American kid from Scranton who has never lost sight of his need to be decent, fair and connected to real people despite a lifetime in politics.

He has picked well in Harris as his vice president, adding a vibrant and bold voice to a ticket that needed that rush of excitement.

But ultimately, it comes down to Biden to top Trump, a task that Hillary Clinton failed at.

Biden has strong shoulders. He will need them to lift the U.S. out of the morass it is currently in.

This week, the battle for the soul of America begins with his nomination speech. Let’s hope it’s a great one.

You can watch the fourth day of the 2020 Democratic National Convention right here from 9 pm EST on August 20: