Biden the last of his species? Who killed the White ethnics?

"End of the white ethnic pol"? Republicans and Democrats have turned white folks into a bland blob. So what's next? 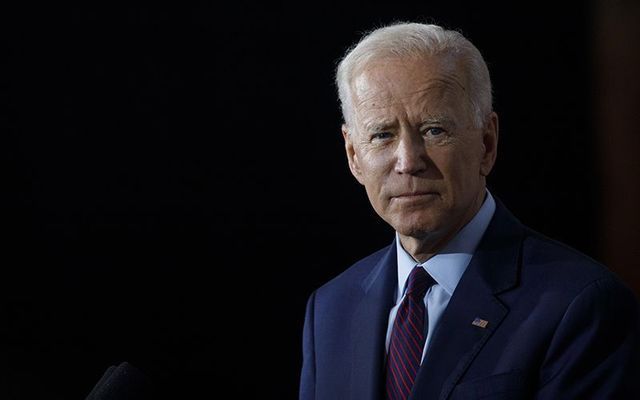 "End of the white ethnic pol"? Republicans and Democrats have turned white folks into a bland blob. So what's next?

It looks like Super Tuesday, March 3, is the make or break date for Joe Biden, son of Delaware by way of Scranton. And by now, folks are leaning heavily on the “break.”

Biden’s chances are so slim The Washington Post recently ran what amounted to a political obituary, declaring Biden “the last of his political species.”

David Von Drehle wrote, “The apparent end of another Biden presidential bid marks not just the passing of a perennial candidate. It also looks like the end of the white ethnic pol.

“Though Biden is no Kennedy or Daley, he bears many of the identifying traits of a classic Irish American on the hustings. There’s the blarney, sure, and the heart on the sleeve, but also the pragmatism, the idea that fisticuffs in the afternoon will be followed by a beer together in the pub; the principle that I’ll get mine and you’ll get yours and we’ll all be happy so long as mine’s a bit more than yours.”

But who actually killed this character?

There is indeed an identity crisis in this country. It’s made our culture wars emptier and nastier. And both blue state MSNBCers and red-state Fox Newswers have made matters worse, not better.

The short version is that screamers on both sides of the aisle have transformed white folks in America into one big, bland blob. This makes it easy for left-wingers to turn them, folks, into “the problem,” who have to “check their privilege.” As if privilege is “one size fits all,” whether your great great grandparents went to Harvard, or your parents are not exactly sure what Harvard is.

And efforts to find so much as a molecule of a speck of dirt of common ground between those who are and are not part of that homogeneous blob are ignored or dismissed -- if not condemned as cultural appropriation.

Oh, but Fox News nation, don’t even think about shaking your head in righteous agreement.  You folks are the ones who’ve spent decades spinning tax breaks and coded bigotry, to build a cultural wall between “them” and “us,” so that some working-class Irish American from Long Island or Staten Island, whose grandparents came from Kerry in 1923, wakes up every morning convinced that’s pretty much that same thing as coming over on the Mayflower, and has no relation whatsoever to the Texas-Mexican border.

And so, last summer, you had Pennsylvania Republican and Irish Catholic Congressman Mike Kelly casually referring to himself as “Anglo Saxon.”

Would love to see how folks like Kelly would react if, say, Barack Obama made the same declaration. Even though there’s roughly the same amount of genetic and cultural truth in the latter as in the former.

As Von Drehle added, “Irish machine politics built New York, Boston, Chicago, Kansas City -- the list goes on and on. A kind of apotheosis was reached in the early 1980s when Republican Ronald Reagan was in the White House and Democratic speaker Thomas ‘Tip’ O’Neill ran Congress, two sons of the Old Sod who could never be mistaken for anything else. … They came from a world in which being white and male was just the beginning of one’s identity. In the Chicago of 50 years ago, it mattered whether your name was Rostenkowski, Bilandic, Annunzio or Mikva.”

"A kind of apotheosis was reached in the early 1980s when Republican Ronald Reagan was in the White House."

Of course, this doesn’t mean we need a new wave of 25 year-olds who happen to have Irish names donning goofy costumes -- or championing the IRA -- in the name of their Irishness. You could argue that even the sainted Kennedys were on shaky sod when they played the Irish card.

But they did play it. And they understood their history. And the likes of RFK could find a little common ground with the likes of Ceasar Chavez.

Fun fact: Bernie Sanders is actually the child of an impoverished immigrant! Which has exactly nothing to do with his high standing in progressive circles?

Because, you know, Bernie’s just a white guy.

What do you think? Is the white ethnic dead? Let us know in the comments section below.