A Belfast man on becoming a bilingual being in Canada

Belfast native Patrick McKenna reflects on his journey to learning French after moving to Canada. 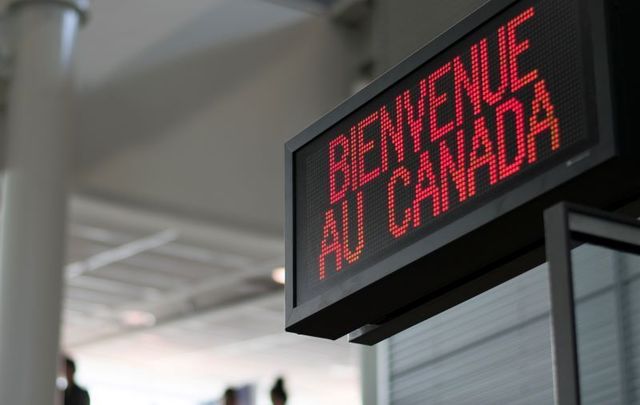 In Belfast, Northern Ireland, at age sixteen after I squeaked through GCE O Level French with a very humble D, I said a not so fond adieu and a heartfelt bon débarras to French, unaware that fifteen years later I’d be living and working in the language of Molière in Montreal.

My French connection began, paradoxically, in a rabidly Anglophone WASP (White Anglo Saxon Protestant) town in rural Ontario where Canada’s other official language wasn’t very welcome. In fact, two French Canadian colleagues were told “it’d be better” if they didn’t speak to each other, in French, in the workplace leaving me wondering what ‘it’d be better’ meant - to me it sounded a bit too Belfast.

These two French Canadians – outsiders like me - befriended me, invited me to their homes for dinners with their families, and donated some basic items of furniture and household goods when I rented an apartment. (“Pendre la cremaiilere” – helping someone settle in, is a tradition in Quebec.)

Their friendship sparked my interest in French-speaking Quebec and soon I was watching French TV and even though I understood little, the programs seemed more fun than what I saw on the English channels. In my second year in Ontario, I began to visit Montreal, which I liked so much I ended up moving there.

Montreal was love at first sight – a real coup de coeur – which helped me tackle the challenge of learning French. My employer provided three weeks of half-day classroom lessons and then I was on my own, learning by osmosis, consuming French TV, movies, music, newspapers, and novels, and to immerse myself in French I rented an apartment in the Francophone east end of the city, close to the factory where I worked.

Of course, I learnt French because I needed it for my job but being on my own, I also needed it for dating. A year into my new life in Montreal, I plucked up my courage and in my best broken French I asked a neighbor out for a coffee and to my surprise she accepted. Even more surprising, the date went wonderfully well -- probably because all I could do was listen. After a second and third date, I met her family and suddenly my spoken French was on my way to fluency, or more precisely to its foothills, because casual fluency is to real fluency, what dating is to marriage and kids.

Getting to fluency, in the live-fire conditions of life, love, and work, at an adult age, is more than the myriad and infuriating details of grammar, vocabulary, and pronunciation –it also involves navigating some unexpected, and decidedly emotional, challenges. It takes courage to speak in a second language in a take-no-prisoners workplace knowing that mistakes can be career limiting. A faux pas in a social setting could sabotage a promising new friendship. I’d be hugely embarrassed to discover I’d been making some dumb mistake for years.

Some die-hard Anglophones even called me a “traitor” and a Belfast philologist friend unhelpfully explained that I “sort of” spoke French. I had to swim upstream against my own doubts -- would my career go further and faster in English, would I learn better French in France, did I hear or say anything in French that I wouldn’t in English? And ironies of ironies, despite my fluency, to French Canadian friends I was “notre petit Anglo” just as, back home, to my protestant friends, I was “our wee Fenian.”

So, you see, Plus ça change, plus c’est pareil.

I’d been in Montreal for ten years when I found myself alone again, with my job going nowhere, and by now in my mid-thirties, I decided it was time to go home. I handed in my resignation, sold my furniture, cancelled my lease, packed my two suitcases, and off I went. Sadly, the return of this native was short lived. My project blew up after three months -- not because I couldn’t find a job but because mum made it clear I should have stayed where I was.

Back I came to Montreal where I found a job, rented an apartment, renewed my social activities, met a special someone, and just generally took up where I’d left off. My French fluency enabled and accelerated re-entry: without it, my second new life in Montreal might not have taken off.

Since coming back, I’ve never looked back. Although I still love Montreal there are times when the city has me thinking of myself as a Montréalable. In the past, on business trips to France, as a French-speaking Irish person, I always enjoyed a warm welcome. Even after many years,  I’m still working to improve my French – it’s a labor of love and as such it’s never done.

In my early years in Montreal when I discovered I was enjoying the second language experience, I thought a third would be even more fun so I signed up for German classes at the Goethe Institute. After two years, I graduated with the Zertifikat Deutsch als Fremdsprach and then when I returned to undergraduate life at Concordia University I took every German course available and I would have taken some Italian courses but COVID-19 got in the way so I’m homeschooling myself in Italian.

You see, when I left I never thought I’d end up as a bilingual being but that’s what happened and I’m glad it did because it’s been one of the bright spots of my emigration project.