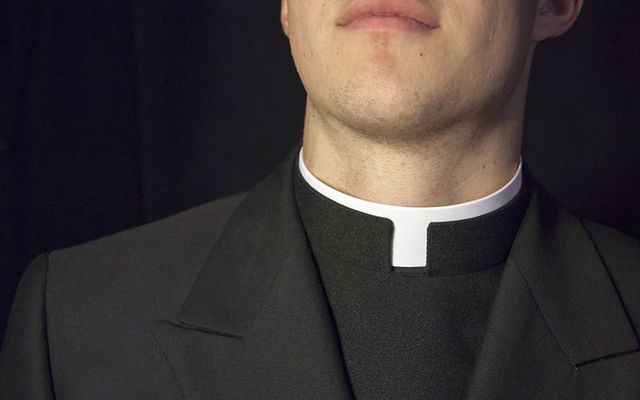 A Catholic priest, who evaded extradition from Ireland to Scotland in the early 1970s for alleged involvement in the Provisional IRA’s bombing campaign in Britain, has died aged 85, IrishCentral has learned exclusively.

The movements and job occupation of the Kerry-born Father Bartholomew Burns have remained stubbornly unknown for almost half a century.

Fr Burns was at the center of national and international news in March 1973 when he escaped arrest by Glasgow special branch detectives and police officers less than half an hour before they raided his parochial house in the socially deprived Possilpark district of the city.

In their inquiries, the police found and promptly arrested two young men from Donegal, James and John Sweeney, and a Scottish woman, Caroline Renehan, the daughter of Sinn Féin’s general secretary in Scotland, as they were driving away from the parochial house after making a delivery of the boxes.

Tried in the High Court, James Sweeney received a seven years imprisonment sentence, while Caroline Renehan, 22, was given five years.  Under Scottish law, a “not proven” verdict resulted in the freeing of John Sweeney.

The strikingly handsome Burns, who witnessed the arrest of his three accomplices from behind his presbytery curtain in Saracen Street, owed his narrow escape to hesitancy by the Glasgow police about the validity of their search warrant.

Indeed, it transpired that the police were actually in the vicinity of the parochial house checking the warrant, but failed to recognize and stop Burns when he was being driven away by the parish priest, Fr John Martin.

Significantly, Father Martin later told the High Court that Burns confirmed to him that the boxes contained gelignite, as the bewildered parish priest drove his "confused, agitated and very, very annoyed" curate to the Gallowgate, in the city center.

There Burns told Fr Martin that he was “going to see some friends”.  Fr Martin admitted that he “did not want to know where he was going."

However,  the fugitive cleric then made his way back to Ireland, where he went into hiding, and never set foot back in Scotland again, in spite of the efforts of the Scottish authorities to have him returned to face trial for alleged terrorist offenses.

Caroline Renehan, after serving her prison sentence, studied divinity at Edinburgh University before doing further studies in London. Subsequently, she moved to Ireland, where she took up various jobs teaching religious studies in the archdiocese of Dublin.

On his release, Burns’s subsequent activity in Ireland remained unknown and unreported by the media - until now.

IrishCentral has now learned from sources close to the deceased cleric that he died last November in Dublin, where he had been living incognito in the northside of the city not far from the Archbishop’s Palace in Drumcondra.

Amazingly, although Burns’s suspension from the archdiocese of Glasgow had never been lifted, Burns painstakingly pre-planned his own funeral Mass as “a priest in good standing” in his native village of Sneem in his home diocese of Kerry before being buried locally as “Father Bart”.

“A priest in good standing”

It has also been confirmed that soon after his flight from Scotland in 1973, Burns sought a letter from the Glasgow archdiocese recommending him as fit for work in parish ministry in Ireland. This request was refused by the late Cardinal Thomas Winning who made it known that personally he was in no doubt about the priest’s criminal association with the IRA which had brought discredit to Scotland’s law-abiding Catholics, many of them descendants, like himself, of Irish immigrants.

In absentia, Burns was suspended from priestly ministry by the Glasgow archdiocese. He was not deemed by the Glasgow church authorities to be “a priest in good standing”.

A church member, who knew Burns as “Bart”, revealed that he had worked in Dublin as a driving instructor until he had an accident which disabled him a number of years ago.

“This crippling accident meant that Bart needed to be looked after by a carer, of whom he was “very demanding and controlling”, the source added.

According to this source, who did not wish to be identified, “Burns often professed his innocence of the IRA charges, claiming that he had not known what were inside the boxes and that in good faith he had merely facilitated the Sweeneys and Renehan with the storage of these boxes in his presbytery”.

“Bart read a number of Irish newspapers daily and was well informed about – and supportive of - reform issues in the Catholic Church. He seemed to know every priest in Ireland”.

For some time as Burns reached his mid-eighties and was approaching death, he had made it known that he wanted to be buried as a priest.

“Barty”, as he was known to another source during his time in Scotland, was “a mad Celtic supporter” and he must really have missed being able to attend football matches in Glasgow.  For six years before becoming a curate, or junior priest, in Possilpark, Burns had been introduced to life in Glasgow in St Eunan's parish in Clydebank for six years, followed by a second six-year stint at St Michael's in Parkhead, close to “Paradise”, the stadium of Glasgow Celtic football team.

Born into a staunch Catholic and republican family in 1935, John Bartholomew Burns, like many Irish priests of his generation, was among the less academically gifted priests and was therefore considered “surplus to supply” for the diocese of Kerry on his ordination in Killarney in 1960.

So shortly afterward he moved to Glasgow to join an uncle serving there as a senior priest. In view of Scotland’s longstanding close ties with Ireland since the Famine in the mid-19th century, the young Burns was duly “incardinated” – the ecclesiastical term for his admission as a priest – into the clerical ranks in Scotland’s largest diocese.

Burns’ spectacular and media-hyped fall from grace 13 years later in 1973 enraged Cardinal Winning, then an auxiliary bishop. Indeed, Winning told his boss, the then Archbishop of Glasgow, James Donald Scanlan, also of Irish extraction and a veteran of the First World War, that Burns “should be in jail”.

Even before Burns became a wanted clerical-felon, I encountered him and Renehan at a stormy meeting of Irish people living in Glasgow. This occurred exactly fifty years ago in June 1970 when I joined the staff of the Scottish Catholic Observer. A Derry priest, Fr Neal Carlin, invited me to attend a meeting of Irish people living in the West of Scotland who were concerned about “The Troubles” in Northern Ireland. I agreed to attend, thinking that this meeting might make good news copy for the Observer and the London-based Irish Post.

When we were seated towards the back of a crowded meeting in a Glasgow hall I discovered that the fiery speaker was Fr Bartholomew Burns and I began to take notes. I was spotted doing so by a blond woman and some tough-looking guys. These “heavies” were intent on removing and probably roughing me up when Fr Carlin intervened to assure them that I was one of his parishioners and the secretary of the Legion of Mary, to which he was chaplain. He also told them that I was a friend of Bishop Tom Winning. Thus, it dawned on me that I had been attending a Sinn Fein meeting, the political wing of the IRA.

Almost three years later, by 1973, I had progressed rapidly in journalism: first to the Glasgow Herald in summer 1971 and then in late autumn 1972, I moved to Dublin as the Religious Affairs Correspondent of the Irish Times, where I instantly recognized photographs of Burns and Renehan from my newspaper days in Glasgow. Now, I was about to gain first-hand experience of the frustrations of trying to track down the whereabouts in Ireland of Fr Burns.

I remember receiving a tip-off saying that Burns had taken refuge with the Redemptorists in Limerick. So I contacted the Cork priest, Fr James Good, who was teaching in Limerick at Mary Immaculate College. Father Good confirmed to me that Burns had been staying at the Redemptorist House, as was he, but had moved on, though it was expected that he would return soon to Limerick.

I also remember being asked by The Glasgow Herald, to help them find Fr Burns, and that along with the Chief Reporter of the Scottish Daily Record, the late Gordon Airs, I drove to Limerick and visited the Redemptorists, but with no luck. When it was suggested to us that Burns may have gone to Clare to seek a clerical position in the Diocese of Killaloe, we headed there and spent time in Durty Nellie’s hostelry at Bunratty. But again there was no word or sighting of the elusive Burns. In depleted spirits, we returned to Dublin. Our mission of finding Burns was unaccomplished.

My interest in Burns was rekindled when it was later reported that he was arrested and was being served extradition proceedings to face trial in Scotland.

However, to the fury of the Scottish authorities, his IRA activities were deemed political offenses in regard to his advocacy of British withdrawal from Ireland by the Special Criminal Court in Dublin which controversially squashed the extradition application.

After decades of silence, news of Burns’ hitherto unrecorded death provides the concluding chapter to one of the major unsolved mystery stories relating to the IRA’s terrorist exploits in Glasgow – and in Britain, for he appears to have been in contact with the other UK based Irish republican clergy who fell foul of the law.

Interest in Burns flared up again in the media in the context of the arrest of other Catholic priests relating to IRA atrocities.

In January 2010, it was revealed in State archives that the Conservative Government headed by Prime Minister, Edward Heath, engaged in a cover-up in 1972 to conceal the involvement of a Northern Irish Catholic priest in an IRA bombing raid at Claudy on the Armagh-Derry border.

Previously confidential papers showed that at a private meeting in Armagh, Cardinal William Conway agreed with the Northern Ireland Secretary of State, Willie Whitelaw, to avoid further retaliatory killings of Catholics by concealing the role played in the Claudy murder of nine Protestants of Fr James Chesney.

Thus the botched arrest and escape to Ireland of Fr Burns in March 1973 took place against the background of the arrest and trial in Birmingham of an English priest with Irish nationalist sympathies, Fr Patrick Fell, as well as the highly publicized cases of the Guildford Four and the Birmingham Six in 1974. A more recent equivalent of Fr Burns is Fr Patrick Ryan in Belgium.

Nonetheless, historians may never be able to chronicle the full extent of this maverick Fr Burns’s alleged murderous activities during his 13 years in Glasgow and subsequent evasion of justice. Burns does, however, seem to have genuinely become contrite of his youthful excesses. He always seemed to have plenty of money. In death, he achieved his ultimate goal of being buried in Sneem as a priest. But he remains a controversial figure in the tempestuous history of the Irish in Scotland.

His story ranks alongside those of the Fenian O’Donovan Rossa’s Irish Republican Brotherhood bombing campaign in Glasgow in the 1880s, Fr Patrick Lavelle’s subversive activities, also in Glasgow, and the 1921 Smashing of the Van episode in the Gallowgate district of Glasgow involving IRB Commander and later Fianna Fail TD in Sligo, Frank Carty.