The Birmingham Six were each sentenced to life imprisonment following their false convictions for the Birmingham pub bombings. 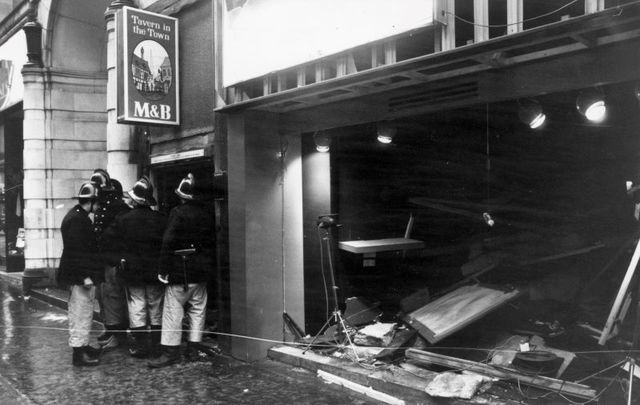 The British government knew the Birmingham Six prisoners were innocent of the charges against them but refused to accept new evidence or release them because of fears of a tabloid explosion of criticism and strong reaction from the Tory right-wing, according to just released Irish cabinet papers for 1989.

The Birmingham Six were six Irishmen: Hugh Callaghan, Patrick Joseph Hill, Gerard Hunter, Richard McIlkenny, William Power and John Walker, who, in 1975, were each sentenced to life imprisonment following their false convictions for the Birmingham pub bombings. Their convictions were declared unsafe and unsatisfactory and quashed by the Court of Appeal on 14 March 1991. The six men were later awarded compensation ranging from £840,000 to £1.2 million.

In May 1989, two years before they won their release and long after it became clear an IRA unit  did the bombing, the Irish government met a senior British Home Office official, John Chilcot, who told them the case was in limbo because of the need to ‘avoid giving scandal,’” the notes state.

The Irish diplomat noted that “There is clearly a concern in the Home Office about possible tabloid exploitation of any early release of the Six, and indeed Chilcot implied also nervousness about criticism from hardliners within the Conservative Party.”

The cabinet papers reveal British Home Affairs minister Douglas Hurd was reluctant to grant their release believing they looked more guilty than the Guildford Four who shortly after were released. The Guildford Four had similarly been convicted of trumped up charges similar to the Birmingham Six. 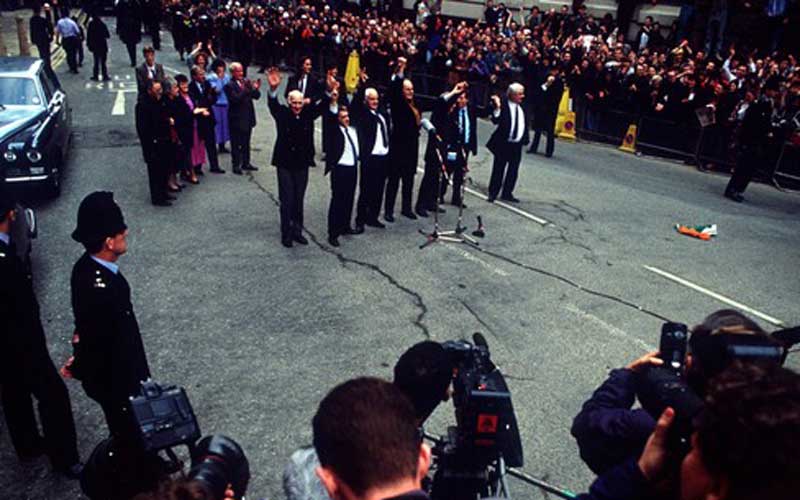 The Birmingham Six outside the Old Bailey in London in 1991 after they were released for the first time since 1974. Credit: RollingNews.ie

The cabinet documents reveal that guilt or innocence seemed to matter little to Hurd however who was much more concerned about the political consequences of releasing them.

According to senior Home Office contacts, the report states: “Hurd is extremely worried about the credibility problems posed for police evidence in court hearings as a consequence of the Guildford outcome.”

“He fears that lawyers for the defense will be able to sow doubts in the jurors’ minds and that there will be fewer convictions in future.”

David Lidington, then a political adviser to Hurd, said the mood among Tories was “very bloody on capital punishment and very bloody at the moment on ‘Irish terrorism’ (as they would describe it).”

“Lidington stated that the Birmingham Six look more guilty than the Guildford Four.”

It was a “very delicate” matter, he said, and Hurd was “going to be criticized either way.”

Another diplomat in London reported back on a lunch with Richard Norton-Taylor of the Guardian “who has good connections in Whitehall and the intelligence community.”

“Norton-Taylor understands that Hurd also spent a lot of time ‘agonizing’ over the Birmingham Six case and the renewed pressure which he knew he would face on that front following the Guildford decision,” the diplomat reported.

“He appears to have satisfied himself that, at the present time, no ‘new and material evidence’ has emerged which could justify further reference back to the Court of Appeal.”

Eventually the  men were freed after clear evidence of police coercion, fake confessions and continued coverups emerged. The Six had served 16 years in jail.