Love it or loathe it? Irish pudding is now protected by the EU 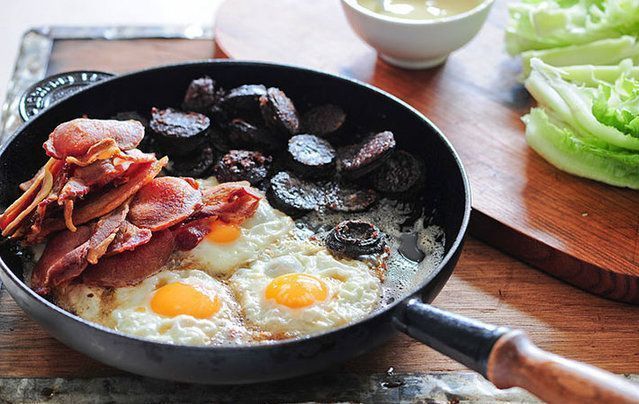 In December 2019, the Irish Department of Agriculture, Food and the Marine announced that two Co Kerry butchers and their black pudding recipe had received a special EU designation.

Sneem black pudding now has the coveted Protected Designation Origin (PDO) label as part of the European Commission's Geographical Indication (GI) system. The label means that the product has a "unique link to a particular locality in terms of quality, characteristics, and tradition."

The butchers—Kieran Burns and Peter O'Sullivan—welcomed the news, which will grant Sneem Black Pudding a special status to prevent others from attempting to mimic their product and prevent copy cats from profiting on the pudding's reputation by claiming they are the same.

"We're throwing Champagne up in the air.

"A lot of people are imitating our pudding but it's unique to the area."

Burns is a  fourth-generation butcher and the new EU label will now protect his 200-year-old family recipe and black pudding technique that involves using fresh blood from local abattoirs.

Sneem black pudding is baked in a rectangular cake shape instead of a ring and is made without artificial colorings, flavors or preservatives.

Are you a fan of Irish pudding or do you hate it with a passion? Let us know in the comments section, below.