Bad US history - America’s truth and lies about the Irish

Consider this: Schlesinger’s most important point may be one he does not even make directly - blacks and Irish Americans actually have something in common. 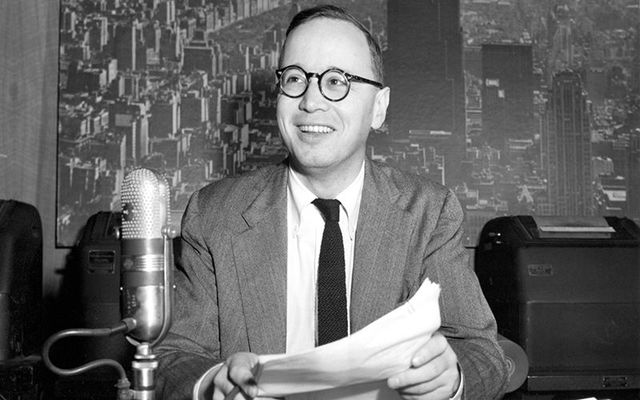 "Consider this... that blacks and Irish Americans actually have something in common."

It's tempting to believe this whole debate over “alternative facts” and “fake news” started with Donald Trump.  But Stephen Colbert spoke of “truthiness” back in the George W. Bush days, and Bill Clinton compelled us to ponder the multiple meanings of “what the word is is.”

In other words, there is always a war between stability and instability, order and anarchy.  It is important to understand this because part of what fuels today’s Trumpian rage is a fear that America is under unprecedented attack by sinister forces.

Book cover of "The Disuniting of America: Reflections on a Multicultural Society."

It sounds like something a Trump supporter might write, but Schlesinger was actually trying to make an argument critical of both liberals and conservatives. And he used the Irish to illustrate several important points.

Then, as now, many people were angry that so-called multiculturalists were ruining America.  They hate America, the argument goes, because all they do is cry about racism, and are interested only in their own sub-culture, rather than fitting in to a unified America.

Schlesinger is actually somewhat sympathetic to this argument.  But first, he acknowledges, “American history was long written in the interests of white Anglo-Saxon Protestant males.”

He adds that his own father grew up in “a small Ohio town containing large contingents of Germans, Irish and blacks,” yet was educated reading “schoolbooks [which] portrayed England as the one and only mother country.”

The only “Germans worth mentioning were ‘the Hessians who had fought on the wrong side in the War for Independence.’ Irish and blacks fared even less well in schoolbooks, and the only good Indians were dead Indians. Non-WASPs were the invisible men (and women) in the American past.”

Immigrants flooding in to Ellis Island, in New York.

Schlesinger knows this is bad for many reasons, but he had a problem with what came to be seen as the solution: reexamining history through the eyes of minority groups, such as African-Americans and Irish-Americans.

As Lind writes, “Schlesinger maintains that what he calls ‘compensatory history’ is bad history, whether it takes the form of Afrocentrism…or what he…calls ‘the there’s-always-an-Irishman-at-the-bottom-of-it-doing-the-real-work approach to American history.’”

Schlesinger calls these “noble lies.”  He argues that they may make people feel good, but they ultimately make for bad history and encourage Americans to ignore the things that could actually unite them in divisive times.

Perhaps.  In a perfect world, Americans would not need to retreat to ethnic or racial or religious safe spaces.

On the other hand, to pretend we all took the same path to this great nation is an equally bad approach to history.

I would argue, sadly, that many Irish Americans still know far too little about their difficult journeys in America.  One reason for that is because the official version of American history now includes blacks and Hispanics alongside those old stalwart WASPs.

But too often Irish Catholic immigrants are simply folded into that dominant group.  If they are mentioned at all.

As a result, some Irish Americans have bought into a different kind of “noble lie.”  That they are, in fact, WASPs, whose families have been true blue Americans for centuries.

And anyone who thinks otherwise is a dangerous enemy.

Consider this: Schlesinger’s most important point may be one he does not even make directly -- that blacks and Irish Americans actually have something in common.

If folks start making radical connections like that, we may finally move towards a far nobler truth.