Asian Americans and the Irish - a history of love and hate

While the Irish and Asians in the United States may have had a love-hate relationship shouldn't we all be now working towards "a better world" for the next generation? 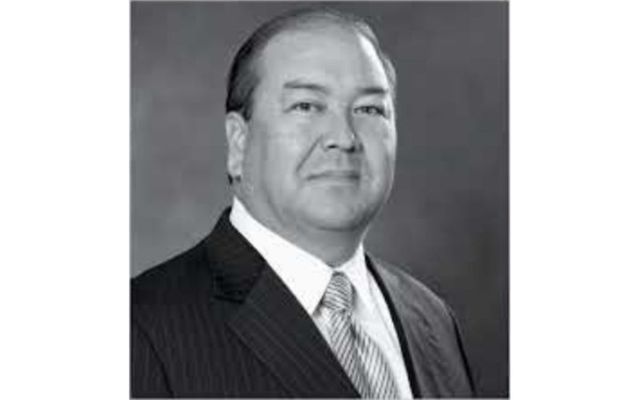 Kevin O’Toole is an Irish American who can’t help but have strong feelings about recent brutal attacks against Asian Americans.

“When my children were born a generation ago,” O’Toole wrote recently in The Newark Star Ledger newspaper, “I envisioned they would grow up in a better world than I had. It is a universal hope of parents that the societal failures of the past will be corrected before their children experience discrimination and potentially hate-fueled violence. Sadly, my children have not inherited such a world.”

O’Toole is the chairman of the Port Authority of New York and New Jersey which oversees critical infrastructure and operations shared by the two states, from bridges and tunnels to airports.

His Irish American father was "a U.S. G.I. serving in Korea,” he writes.

That's where he met his future wife, O'Toole’s mother.

The bad news is that the assaults on Asian Americans continue, even as the U.S. Senate finally found something on which to agree, passing legislation meant to combat this gruesome crime wave.

The Irish in America, sadly, have their own messy history with Asian Americans, mainly immigrants from China, with whom they competed for work in the 19th century.

As The New Yorker noted this week, in the 1870s, “An Irish immigrant named Denis Kearney, who ran a business in San Francisco hauling dry goods, began to deliver fiery speeches,” and his “audience eventually grew to thousands of embittered workers.”

He “reserved his worst vitriol” for Asians, even though they were fellow immigrants.

Not long after, in May 1882, “President Chester Arthur signed into law what later became known as the Chinese Exclusion Act…It marked the first time in U.S. history that a federal law restricted a group from entering the country on the basis of race.”

For what it's worth, quite a few Americans criticized the likes of Kearney not because what he did was wrong, but because these Irish immigrants were out of line thinking they somehow had a right to look down on anyone.

They were merely “an ignorant Irish rabble,” in the words of California historian Hubert Bancroft.

An 1889 report by a state prison official suggested America would be better off keeping out the Chinese, the Irish and all other immigrants.

“That the Irish, Chinese and Italian immigrants furnish a far larger percentage of prisoners than is their ratio to the general population...indicates a special tendency to crime among the immigrants of these nationalities,” William M.F. Round declared.

In other words, why stop at the Chinese?

“A precedent in this direction has already been established in the case of Chinese immigrants; and the Irish element of our population cannot complain, since it…(did) much to originate and support, the movement for the prohibition of Chinese immigration.”

Now, as then, it’s hard to be optimistic about things.

“I have been fortunate to have had a successful career in politics and public service. But I have felt the sting of racism,” writes O’Toole.

“Recent reports of Asian American Port Authority employees being taunted and harassed as they come off shifts are disturbing and frightening to me personally, as the chairman and as a Korean American.”

O’Toole does note that his parents “married at a time when that marriage was not recognized as legal in every state in the union.”

That O’Toole can now write openly about this background is certainly a good thing.

There is reason for hope there.

Then, O’Toole adds, his own parents had hopes for “a better world, the same better world I saw for my children.”

Then we see just how much work we still have to do.