An emotional and heartbreaking family visit to the 9/11 memorial

"Are those the names of all the people who died?” 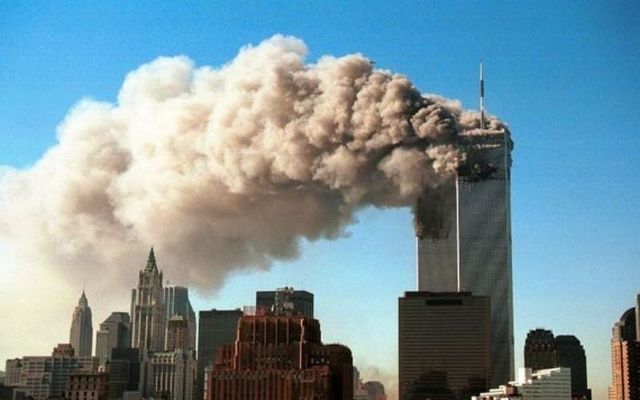 "Are those the names of all the people who died?”

At this point, my older son TJ’s voice has deepened, and he has pretty much reached my own height of six feet.  So the heartbreak inherent in his question is perhaps more subtle than it would be were it asked by a smaller child with a squeakier voice.

But there is heartbreak just the same.

Every workday, traveling to and from my teaching job in Brooklyn, I am in downtown Manhattan.  If I have the time, I will even get off the subway in the City Hall area and stroll the twisty, sometimes-cobblestoned streets.

I don’t quite know why this is.  Yes, I have the typical New Yorker’s disdain for places where mass numbers of tourists congregate.  And yes, I was in Manhattan that day 17 years ago when the towers fell, so I have no great desire to see grinning folks with their selfie sticks on such hallowed ground.

But, with the summer days dwindling, my wife and I were looking for something to do on the last Saturday before all the kids return to school.  Why not stroll around lower Manhattan?

So yes, TJ, those are the names of all the people who died.  Over 2,996 of them.  It’s always difficult to look at such a gathering of names and not make note of the Irish ones, all those recurring Kellys and Murphys and O’Briens.  (This even though the names on the memorial are not alphabetized.)

Even with all the tourists (and, yes, those dreaded selfie sticks) the reflecting pools are immediately and viscerally devastating, mainly because we know what happened there on September 11, all of the pain and suffering that ensued.

Or maybe “we” don’t anymore.  It has been 17 years now.  Inquisitive TJ, alas, was not even born when the towers fell.  Neither were my two younger children, Tim and Rose.

Only my oldest daughter, Maggie, was on this earth that day and she was a mere five months old, cradled in my sister Mary’s arms when I pulled into my mother’s driveway on September 12, 2001, after spending that night with my brother-in-law and friends in New Jersey.  (We got out of Manhattan via the George Washington Bridge but, unbeknownst to us, all five boroughs were locked down so we could not get home to Staten Island.)

It is surely a problem that more and more people look at September 11 with less and less conviction and emotion.  Hence all those selfie sticks, which surely would have been ripped from a tourist’s hands if they materialized when this was still “Ground Zero,” or “the pit,” a smoldering pile that contained the remains of so many loved ones.

One can only hope a memorial such as this has the same effect on them — and, frankly, on all the visitors to any of the 9/11 memorials all over the country and the world.

It is true (to the point of being a cliche) that we have a duty to teach future generations about the hate that fueled 9/11 and the heroism of those who gave all.  The same was said about Pearl Harbor and Gettysburg, both of which are now also popular tourist traps that people kind of know a little bit about.

Memorials may or may not help us honor.  It is really people who accomplish this.  And they don’t just do it on anniversaries.  They do it every day.

Sometimes they do it in ways that are simplistic.  Other times they honor the drama and complexity of the human experience.

And sometimes they do it simply by strolling around a beautiful city, on a breezy Saturday, at the end of the summer, talking, and glad to be alive.