Today Show host showed immaculate professionalism and respect for my grieving family in their time of need. 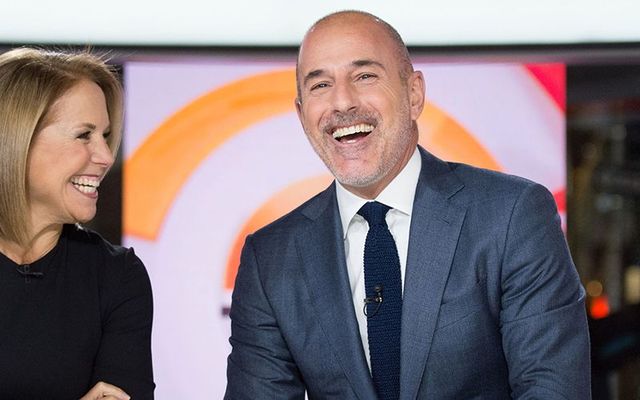 Matt Lauer and Katie Couric on set at the Today Show.

My sister and brother-in-law, Orlaith and Ciaran Staunton, lost their beautiful, young son Rory, on April 1, 2012, tragically to sepsis, in a case that made the New York Times front page, newspapers and websites around the world. That coverage was an indication of how bad the number of errors made at NYU Langone emergency room was. Soon after they started the Rory Staunton Foundation to ensure no other families would go through the pain they did and end the ignorance about sepsis so prevalent in hospital emergency rooms.

Rory Staunton (12) died due to sepsis.

The Today Show wanted them on and they readily accepted.

Of all the people who interviewed her during that dreadful period Matt Lauer stands out to my sister. Before going on he sat with the, told them everything they needed to know and listened intently while they recounted the tragedy.

Then, live on air, he and co-host Samantha Guthrie were incredibly well briefed and respectful of the family.

You might say “So what?” But the number of big names that wing it and treat their job like a conveyor belt, replete with fake emotion, would astound you.

When they got up to leave Lauer engaged them again saying if they ever wanted to come back they would be very welcome. In other words, he went the extra mile at a critical time for the family.

People in grief never forget those who were both good and bad to them in their hour of need. My sister and brother-in-law depended on such goodwill and the understanding of others of what they were trying to achieve.

They succeeded in spectacular fashion and Rory’s Regulations are now the standard operating procedure in emergency rooms all over America. We can only guess how many lives have been saved, but judging by the amount of letters, especially from grateful parents, they have received the number is in the thousands.

Matt Lauer was there for at a critical moment that is why you will never her a critical word about him from my family and the sense of shock about what has happened this week is all the greater. He truly seemed one of the good guys.

As my sister says, “He reacted like a father” to Rory’s tragedy.

Here is their story on the Today Show: