Why Ronald Reagan’s attempted assassin should never be released

Just 69 days into his presidency, on March 30, 1981, Ronald Reagan was almost assassinated by John Hinckley. 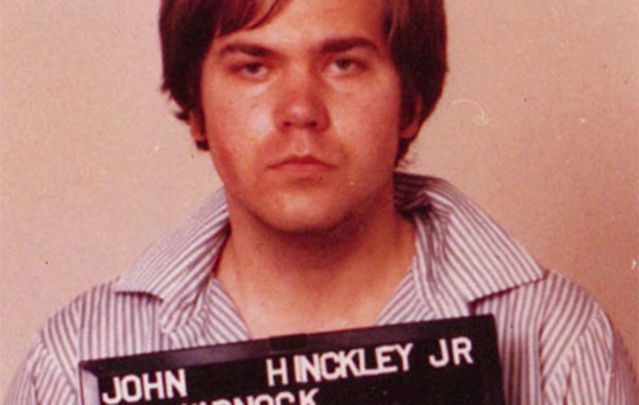 Mugshot taken by the FBI of John Hinckley shortly after he attempted to assassinate President Reagan. Public Domain / FBI / WikiCommons

Just 69 days into his presidency, on March 30, 1981, Ronald Reagan was almost assassinated by an insane young man called John Hinckley.

Reagan took a bullet in the chest from relatively close range and it has only lately come out how close The Gipper came to being mortally wounded.

Hinckley was no amateur. When cops looked away from the small crowd to watch the president enter his limousine, Hinckley sprang into action, firing off six shots in two seconds. Four men fell, including the president and his grievously injured press secretary Jim Brady.

Emergency room doctors who treated Reagan revealed subsequently, despite his great courage, that Reagan was far more badly injured than was stated at the time. Another centimeter in the wrong direction and he was dead.

Reagan was shot in the chest, just below the left underarm. He suffered a punctured lung and heavy internal bleeding. The most famous moment was when he made light of his wound telling his devoted wife Nancy he “forgot to duck” and laughing when he asked the emergency room doctors if they were Republicans.

Three others were seriously wounded, all Irish Americans, a fact that was much commented on. Most seriously hurt was the aforementioned press secretary James Brady, an outstanding aide, who I had the privilege to meet years later with his wife Sarah Brady.

Despite his horrific injuries from a bullet to the brain, Brady lived on with incredible courage and grit. He tried his best to make reasonable gun laws that would have kept the weapon out of the hands of shooters like Hinckley, an insane young man obsessed with the actress Jodie Foster. Paralyzed for life and confined to a wheelchair, Brady was a profile in courage to the day he died.

The Brady Bill, signed into law by President Clinton, mandated background checks for weapons and a five-day waiting period. It was far too much common sense for the NRA, which eventually destroyed it when it came up for renewal with help from their congressional lackeys on both sides. Even from his wheelchair, however, Jim and his wife Sarah were heroic in their efforts to make America safer.

The other two Irish Americans injured were Police Officer Thomas Delahanty and Secret Service officer Tim McCarthy, who took a bullet for the president, only the fourth secret service officer to ever do so.

I strongly believe the decision to release John Hinckley, who almost killed President Ronald Reagan and severely injured three others, is a wrong one.

Don't count me among the “Lock the cell and throw the key away” lobby, but imagine if it was ISIS who came a hairsbreadth from killing a president. They would not be freed the far side of a blue moon

Hell, there are men held without trial indefinitely in Guantanamo accused of far less than what Hinckley did.

Watching the film of the 1981 assassination attempt, it is clear what went wrong. Police officers whose task it was to watch the crowd instead turned around when the President emerged and Hinckley took his opportunity.

It was almost a fatal mistake, yet some judge thinks Hinckley should walk free. I simply don’t agree. I wonder how Jodie Foster, an entirely innocent victim of this release, feels, as there is evidence he was stalking her too?

As it was, he came close to a mass killing including the popular president elected only a few months before. This man should be in jail for everyone’s safety.

After a ruling today that will shock many, John Hinckley Jr.—the man who shot Pres. Reagan—is officially a free man. pic.twitter.com/utejvjRBSb