There’s a Trevelyan in charge of British Famine aid again 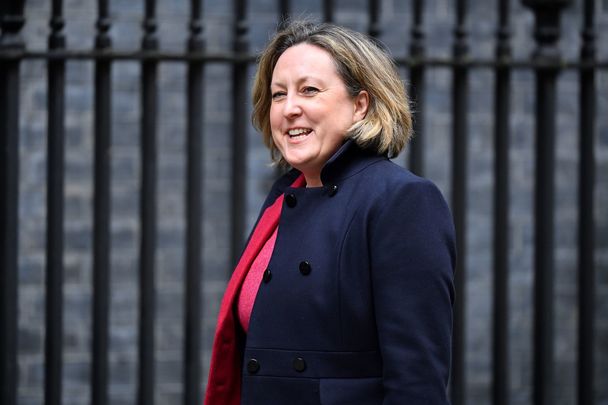 The new British Minister for International Development is named Anne-Marie Trevelyan and yes, she will be handling the British response to Famine and international hunger issues.

Anne-Marie Trevelyan's ex-husband is a relative of Charles Trevelyan, who allowed a million Irish to starve to death in the Great Hunger. Trevelyan has become one of the most despised and hated Englishmen of all time in Ireland right up there with Oliver Cromwell.

Sounds like Anne-Marie is a tiny chip off the old block when it comes to famine aid.

As the Guardian noted: "The new international development secretary, Anne-Marie Trevelyan, has previously expressed apparent skepticism about the value of foreign aid."

“Nor in the UK. There are kids in... who have no regular meals due to chaotic parents. Should they go hungry?”

A year later The Guardian noted she tweeted about an article by the Tory donor Michael Ashcroft calling for an end to the guaranteed aid budget of 0.7% of gross national income (GNI), saying:

“Interesting article by Lord Ashcroft on the value (or otherwise) of the overseas aid budget,” ending with “#charity begins at home”.

Trevelyan is a former defence minister. More recently, in 2017, Trevelyan tweeted a link to an article by the then development secretary, Priti Patel, saying a “waste of cash on vanity projects in far-flung lands kept me awake at night”.

Sounds somewhat familiar type rhetoric don’t you think? A chip off the old block all right. The Famine ghosts must be stirring.