Famine movie on its way but was it genocide by the British?

The most significant section of Tim Pat Coogan’s book "The Famine Plot" on the Irish Famine is printing of the UN definition of genocide. 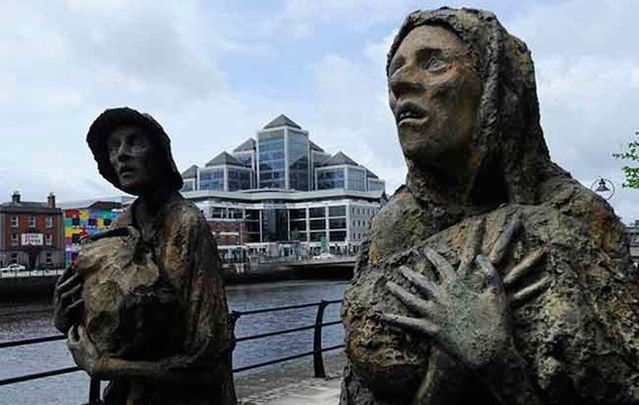 Famine memorial, The Quays, Dublin. What the famine a genocide? Photocall Ireland

Does Tim Pat Coogan have the evidence to show that the Great Hunger was an act of genocide, a result of English racism?

With "Black 47" set for a U.S. release on September 28, this will be the first time we'll see the Irish famine portrayed on the big screen despite a large range of books on the subject. One, in particular,  may prove an important part of the true cause of the Great Hunger.

The most significant section of Tim Pat Coogan’s book on the Irish Famine is not his own writing, but his printing of the United Nations definition of genocide.

Ireland’s most prominent historian, who has previously created definitive portraits of both Michael Collins and Eamon De Valera, has now pointed the finger squarely at the British during the Famine and stated it was genocide.

Why did Scotland not suffer famine to the same extent as Ireland?

Victims of the Irish famine.

And Charles Trevelyan was the worst of them all

Charles Trevelyan, the key figure in the British government, had foreshadowed the deadly policy in a letter to the “Morning Post” after a trip to Ireland, where he heartily agreed with the sentiment that there were at least a million or two people too many in the benighted land and that the eight million could not possibly survive there.

Read it and weep.

Do you believe that the Great Irish Hunger was genocide committed by the British? Leave us your thoughts in the comments section, below.