What is the truth about the revolutionary, with Irish roots, who was at Fidel Castro’s side during the Cuban revolution? 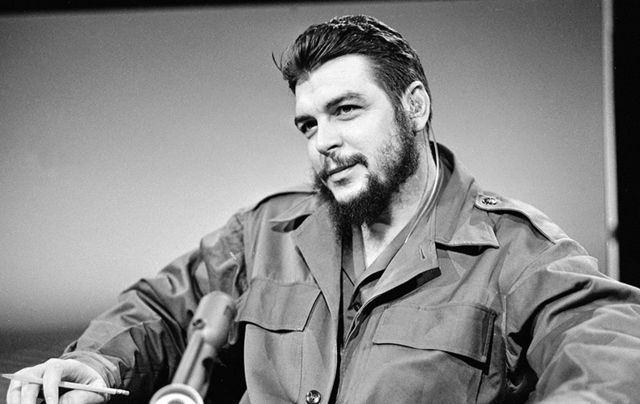 What is the truth about Che Guevara, the revolutionary who was at Fidel Castro’s side during the Cuban revolution?

He has been an iconic figure to generations of young people, especially Irishman Jim Fitzpatrick whose classic image of Che was adorning student apartments even back when I was in college in the 1970s.

He continues as an international symbol of rebellion and chic.

As The New York Times noted: “The supermodel Gisele Bündchen pranced down a runway in a Che bikini. A menswear company brought out a Che action figure, complete with fatigues, a beret, a gun and a cigar. And an Australian company produced a “cherry Guevara” ice cream line."

Separating the man from the legend has always proven tricky, especially with Che when so little was really known about him.

The question about who Che really was is being asked again as the Irish government saw fit to launch a postage stamp in his honor that has drawn bitter criticism, not just from Cuban exiles, but some Irish politicians as well.

Fine Gael Senator Neale Richmond said the decision made by An Post to print the new stamp was “totally objectionable.”

An Post's Che Guevara stamp to commemorate his 50th Anniversary.

Richmond wrote to Ireland’s Minister for Communications Denis Naughten asking for an explanation for this “terrible” decision and asked if Pol Pot, the communist Khmer Rouge leader in Cambodia, and Romania’s Nicolae Ceausescu, would also be acceptable topics for special Irish stamps.

In his letter to Naughten he questioned: “what procedures were followed to decide to commission this stamp.”

Let's look at the government that Guevara and Castro overthrew: Fulgencio Batista, who ruled from 1952 to 1959, was deeply corrupt and a mass killer. He came to power by military coup strongly backed by the United States and ruled as a dictator.

He farmed out huge sections of his economy to the Mafia, which controlled the drug, gambling, and prostitution businesses in Havana. American businesses paid huge bribes to control the sugar industry, cutting wages and earning mass profits. By the late 1950s, 70 percent of the arable land in Cuba was owned by foreigners.

When Cubans began to protest Batista answered in kind, using his Bureau for the Repression of Communist Activities secret police to carry out wide-scale violence, torture and public executions; ultimately killing up to 20,000 people.

Not a nice guy and well worth overthrowing given that he was unelected, corrupt, a mass killer and lots of other nasty things.

Che Guevara helped Fidel Castro overthrow Batista in Cuba. He too has been labeled a mass murderer and killer by his critics both in Cuba and abroad. It is claimed that over 16,000 executions and 100,000 political imprisonments have taken place since Guevara and the Castro brothers took over Cuba in a bloody political coup in January 1959.

Like a lot of revolutions, the Cuban one went way too far in redressing the balance. One can point to the decade-long censorship and repression of any political opponents of Castro and the executions as proof.

Guevara did not even stick around and was eventually executed by the CIA-assisted Bolivian army on October 9, 1967, after he tried to start a revolution there.

He is forever etched in his photo in legendary commando outfit and draws young and idealistic followers like a moth to a flame. The truth is much more complicated than that, as the Irish government is discovering with the many protests over the commemorative stamp.