The 7 regrets of my dying Irish friend

I have a dear Irish friend whose days are numbered, whose words to me now carry a gentle authority and weight far beyond anything I can remember him saying to me before during his life. 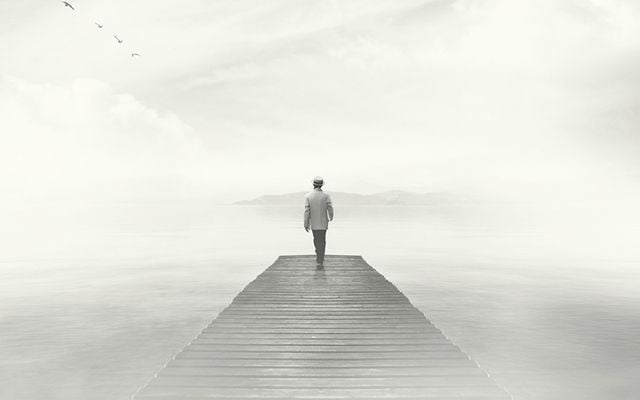 I have a dear Irish friend whose days are numbered, whose words to me now carry a gentle authority and weight far beyond anything I can remember him saying to me before during his life. iStock

I have a dear Irish friend whose days are numbered, whose words to me now carry a gentle authority and weight far beyond anything I can remember him saying to me before during his life even though we were very close.

He is utterly aware his disease is incurable, it is a rare and deadly illness that does not even have the slightest hope of reversing course. There are no clinical trials, miraculous cures or untried treatments. There is only the sad and inevitable path to the beyond.

The good news is his mind is sharp even at his body betrays him. He seems so happy to see me, to embrace me, that I am embarrassed I cannot offer more, other than the sad and useless platitudes I spout about fighting the disease and staying strong.

His quiet strength amazes me, he is sad yes but never asks “why me.” Indeed he said to me “Why not me" - he knows life is so random. The disease he has strikes about one percent of the population and is almost unheard of. He probably had a better chance of being struck by lightning, but it chose him.

I asked him for some wisdom and some insight as he approaches the end of life. Though he can barely communicate he did so but asked me to keep it private and not name him. I have distilled it into seven observations.

1. Don’t blame your illness or curse your luck. It won’t do any good. We all die. Wake up every morning and bless the day you are still alive to share with family and loved ones.

2. His only regret is working so hard and not stepping back much sooner. He is very successful but would gladly now swap that for the intimate moments he missed building his career.

3. He wishes he had been truer to himself and forgotten about goals and ambitions others set for him. He ignored his “soft” side, reading poetry, discussing books, writing, learning Irish, the language of his forefathers, as not necessary to build his career.

4. He said his gift to me was to remember what peace there is in silence. Now he spends his days in contemplation, not of what is coming but what is past and coming to terms with it, the friends he did not keep up with, the father he lost so young, the raw pain of emigration, leaving his parents bereft, the death of an infant child. Now he absolves himself from that pain but knows he should have sought counseling and advice but was too macho to do so.

5. He wishes he had spent more time keeping in touch with old friends, thinking there would be time to catch up but there never was. Now he calls them but too much water has flowed under too many bridges to really reconnect.

6. He wishes he had expressed his feeling better. A stoic, Irish, old-fashioned man with a strong belief that he could take life’s arrows without bending. Now he wishes he had accepted his vulnerability, talked to his family when he felt pain, not shut it out.

7. He wishes he had spoken out when racist jokes and demeaning stories about women were made in his company, but he always lacked the gumption to challenge colleagues on such issues. We are the human race he says, not the black or the white race.

Those are his priorities now, to be truer to himself and those he loves to be the man he always wanted to be even as death's shadow hovers. He has had a remarkable life, now he will have a remarkable passing I believe too.

Death will not be proud to claim him. he leads the examined life even as the night closes in and the embers of light flicker and will soon be gone. "Lead kindly light amid the encircling gloom" he quotes Newman's famous words to me. To be peaceful, to go gently is his dream.

Read More: Irish proverbs to live by, 26 nuggets of wisdom