Illegal immigrants in the United States are saving social security, paying $23.6 billion in taxes and committing less crime than Americans right now! They must be stopped. 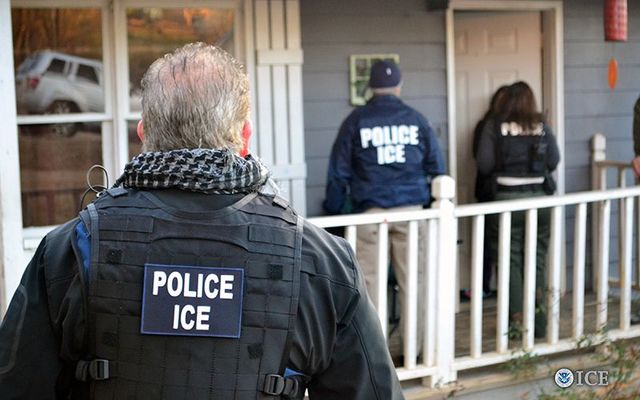 The U.S. Immigration and Customs Enforcement officers: What you're being told about undocumented immigrants is wrong. Getty / ICE

Illegal immigrants in the United States are saving social security, paying $23.6 billion in taxes and committing less crime than Americans right now! They must be stopped.

What is the truth about undocumented immigrants and how much they cost the American taxpayer. Prepare to be surprised.

Illegal immigrants have become the convenient whipping boy and girl for right-wing politicians from President Donald Trump on down. The consensus on the right is they are destroying the country and costing the taxpayers billions.

Not so. Let’s go to the evidence.

Remember they will never get this money because they are undocumented.

Stephen Goss, chief actuary for the Social Security Administration, told the Daily Beast, “Even as it stands under current policy, unauthorized immigrants contribute positively to the financing of social security not only in terms of their own contributions, but in the succeeding generations when they have children on our soil that are citizens from day one.”

Actually, they pay about $24 billion a year.  One of the biggest misconceptions about undocumented immigrants is that they don’t pay any taxes. In his first address to Congress, President Trump said illegal immigration costs US taxpayers “billions of dollars a year.”

That’s fake facts because illegal immigrants do in fact pay taxes too. Millions of undocumented immigrants actually file tax returns each year they can’t even use.

The Institute of Taxation and Economic Policy, a Washington, DC, think tank, suggests that about half of undocumented workers in the United States file income tax returns.

The most recent Internal Revenue Service (IRS) data, from 2015, states the agency received 4.4 million income tax returns from workers who don’t have Social Security numbers, which includes a large number of undocumented immigrants. That year, they paid $23.6 billion in income taxes.

Illegal immigrants are jailed in fewer numbers proportionate to their population than American-born offenders.

Another study, “Does Undocumented Immigration Increase Violent Crime?” which was published in the journal Criminology, looked at the influx of undocumented immigrants into communities in recent decades and concluded.

And that’s the truth.