Death on a lonely hillside, the Free State murder of my mother’s cousin

Brigadier Seamus Devins, my mother's cousin, was among "Noble Six," as they've become to be known, who were killed by Free State forces in Co Sligo in 1922. 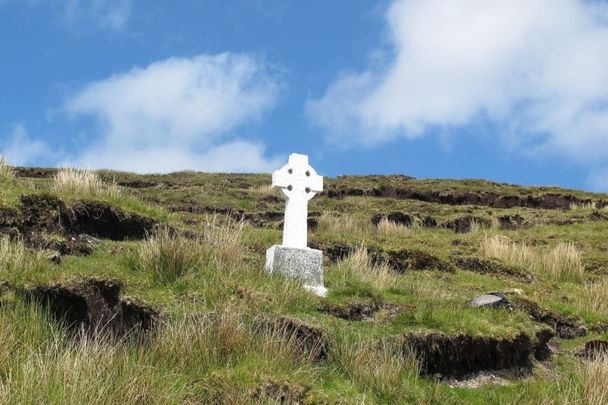 Growing up, my mother Kathleen Devins spoke rarely of her family’s IRA past, and only recently have I learned full details about her second cousin, Brigadier Seamus Devins.

One hundred years ago this week, he was executed by the Free State army in his own county of Sligo by fellow Irishmen who also mowed down five other prisoners with a machine gun. Seamus was also an elected MP.

The killings of surrendered fellow Irishmen was one of the worst incidents of the Civil War.

My mother’s family was from Grange, Co Sligo, though she had moved away to County  Clare at the time of the Civil War. Her grandfather, in Sligo known simply as “An Maistir,” was an incredibly popular teacher and there is still local memory of him.

Seamus Devins' death was so traumatic for his wife that she never got over it and committed suicide by downing weedkiller 14 years later.

Also killed in the massacre of the Noble Six, as they were known, was Brian MacNeill, the grand uncle of former Irish Minister of Defense Michael McDowell.

Thanks to a wonderful piece of reporting, one in An Phoblacht by Mícheál Mac Donncha, the other in The Irish Times by Ronan McGreevy, my family knows far more about the tragic events.

Mícheál Mac Donncha writes: "By mid-September 1922 the Republican forces were on the retreat throughout Ireland and were reverting to rural guerrilla tactics while the Free State controlled the cities and towns.

"In County Sligo the IRA had mounted a serious challenge to Free State forces under General Seán Mac Eoin. The IRA had captured a Free State armoured car (called ‘The Ballinalee’ after Mac Eoin’s home village) and used it effectively across country, engaging in several armed clashes with Free State forces.

"On 17 September, having concentrated his forces in Sligo town, Mac Eoin moved against the IRA in the north of the county. On 20 September ‘The Balinalee’ and its occupants were spotted at Benbulben mountain. They had to abandon the armoured car as large numbers of Free State troops began to encircle them.

"At the top of the mountain six Republicans were captured by the Free State forces. They were shot dead in two groups, one of four and one of two. Republicans always maintained that they were not killed in action but were murdered after capture. The claim was contested but an unsigned statement now in the Military Archives in Cathal Brugha barracks describes what happened:

'I was one of the party of Free State soldiers, 56 in number, under command of Captain McGoohan, a native of Ballinamore, Co. Leitrim and Captain Sexton, a native of Longford. The party ascended the Benbulben mountain on the morning of 20 September 1922. When the top was reached, a party of four men were sighted. McGoohan, who wore an ordinary cap, went forward and signalled to the four men, and waving his cap and shouted at them to come on. The four advanced and when about 50 yards away were halted by the main body who up to then had concealed themselves. The four men, apparently taken by surprise, halted and were ordered to surrender. This they did and were then disarmed. The prisoners were then identified as Brian Mac Néill (Divisional Adjutant), James Devins (Brigadier), Patrick Carroll (Lieutenant), Joseph Banks (Volunteer).

'After some consultation between McGoohan and Sexton, they apparently decided to shoot the prisoners, as the members of the party were asked to volunteer for a firing party to shoot them. This the men would not do. McGoohan when he saw the men’s reluctance for the task said: ‘It did not matter as he had a Lewis gun that would do the work.''

The four men, Brian MacNeill, Seamus Devins, Paddy Carroll and Joe Banks, appear to have died instantaneously at about 9.30am.

Locals cutting oats at the base of the mountain in Lislahelly reputedly heard the shooting. pic.twitter.com/OGPnobNUUS

Mac Donncha continued: "The four Republicans were shot dead with the Lewis gun. On another part of the mountain two hours later, Volunteers Harry Benson and Thomas Langan were shot dead in the same way.

"The shooting of six Republicans in such circumstances marked a further deterioration in the Civil War. Seamus Devins, as well as being Brigadier of the IRA’s 1st Brigade, 3rd Western Division, was a TD for Sligo/Mayo East. Brian McNéill, Adjutant of the Division, was son of Eoin Mac Néill, a Free State government minister. Two other sons were in the Free State Army.

"False accounts of the Benbulben killings were put out by the Free State, including to the Mac Néill family, as acknowledged by Brian’s nephew, former Justice Minister Michael McDowell.

"The men became known as Sligo’s Noble Six. Five are buried in the Republican Plot in Sligo Cemetery and Brian Mac Néill is buried in Kilbarrack Cemetery, Dublin. Various events are taking place to mark the centenary."