Staying alive - the real mission of the Royal Family 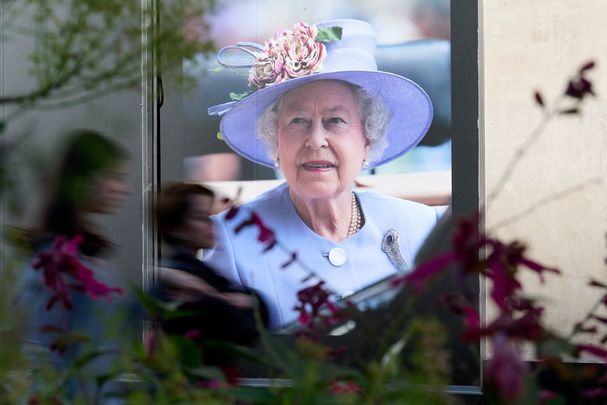 A photo of Queen Elizabeth hanging in a shop front on Oxford Street, in London. Getty

"The message with every new king or queen is that the Royal Family is built to survive...The future of monarchy not the monarch comes first was the message."

The British have unmatched insight into what a dramatic moment in history entails. They have had a king since 802AD. That's 14 centuries since Egbert ascended the throne of Wessex so they know how the system was somehow kept alive.

One thousand and four hundred years is quite a spell when you think of it, as they have survived all other monarchies in terms of preparation, skill and cunning, critical attributes for success in the game of thrones. Russia, Belgium, Austria/Hungary, and Germany have all gotten rid of what to many is an archaic reminder of a colonial past.

The British sense of duty sustains them, century after century, with Queen Elizabeth II the obvious example. She must have feared for the monarchy. What if Prince Andrew was next in line to succeed, an accused pedophile philanderer? The royal family dodged a massive bullet there.

Elizabeth retained a sense of distance so her subjects didn’t actually know the first thing about her real political leanings due to a highly oiled palace public relations machine that surpassed all others. However irrespective of her leanings, she always showed up, discreet, the sense of duty stenciled on her brow.

The message with every new king or queen is that the Royal Family is built to survive. It did so when the Nazi King Edward sought to bring another Nazi-loving consort on board, the American Wallis Simpson, in the 1930s. They were, eventually, ushered out the door to exile in France.

The future of monarchy not the monarch comes first was the message. Lady Diana was another potential destroyer of the mythology that surrounds royalty. She too was vanquished ever before her awful death. The brash American, Meghan Markle, is already cast to the fringes for daring to claim racism in the ranks.

What we know is that the royals fiercely protect their own. Prince Charles’ behavior towards the virgin bride he married was despicable, now it seems like a hundred years ago.

Kingly conquests are nothing new mind you, Prince Charles III wasn’t a patch on namesake Charles II (born 1630) who had seven mistresses and 20 kids out of wedlock, not a single one was an heir. What a  tabloid bonanza that would have been created.

Rule one for royal survival is that in order to survive the monarchy must always be prepared.

In the case of the Queen, journalist Gene Kerrigan discovered the first run-through for Elizabeth’s funeral was in the 1960s. It was called Operation London Bridge but was never put into play because the Queen died in Scotland where Operation Unicorn, a different contingency plan, kicked in.

When Charles is crowned next year Operation Spring Tide will be implemented.

Strange to think the Queen could have witnessed her own funeral, perhaps a few times in London or Scotland. Journalist Kerrigan points out the would-be king will be kept on a tight leash.

The sense of duty mantra that has carried kings, queens, and palace officials forward will manifest itself once again when the new king reigns. It is the only way they know how to run a kingdom and judging by the massive outpouring they have performed well.