Regis Philbin was a proud son of Ireland, Notre Dame and a Bing Crosby devotee

Regis Philbin, Notre Dame fan and son of Ireland, died on Saturday at the age of 88. 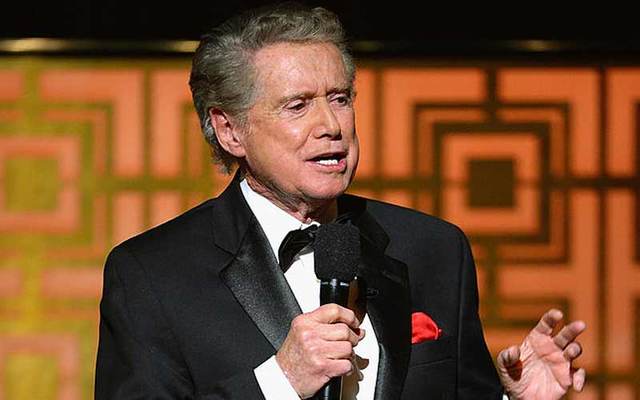 Regis Philbin in May 2014. Getty Images

So farewell to Regis Philbin at age 88, a towering figure from morning television and a deeply proud Irish American who passed away on Saturday, July 25, 2020.

Host of “”Who Wants to be a Millionaire,” “Live with Regis and Kathy Lee,” numerous game shows and the first season of “America’s Got Talent,” Philbin was often referred to as the hardest-working man in television.

I met Regis Philbin on several occasions. The last was at a Notre Dame game some years back, where he was chatting with NYPD Commissioner Ray Kelly in the press area.

Read More: On this day: Bing Crosby, descendant of Irish immigrants, is born

He was a huge Irish fan as befits a man deeply proud of his Irish heritage, which he traces to County Mayo and as a graduate of Notre Dame.

A few years back he was so chuffed to be named in the Top 100 Irish Americans that he brought our magazine Irish America on air to show everyone on “Regis Live,” the top-rated entertainment program in daytime television.

Philbin told our sister publication Irish Voice that his hero was Bing Crosby. He grew up listening to Bing Crosby, a half-hour every night without fail, on the radio starting at 9:30. “I fell in love with his voice,” Philbin recalls. “It was just a clear, beautiful voice, and it was so friendly that I began to think he was my friend."

Years went by, and Philbin moved to Hollywood to start his career. At one point, from 1967-‘69, he was a sidekick for the comedian Joey Bishop who hosted a late-night TV talk show. Bishop knew of Philbin’s childhood affection for Crosby, and when the legendary crooner showed up on the show as a guest one night. Bishop asked Crosby to sing the Irish lullaby “Toora Loora Loora” for his biggest fan, Philbin. 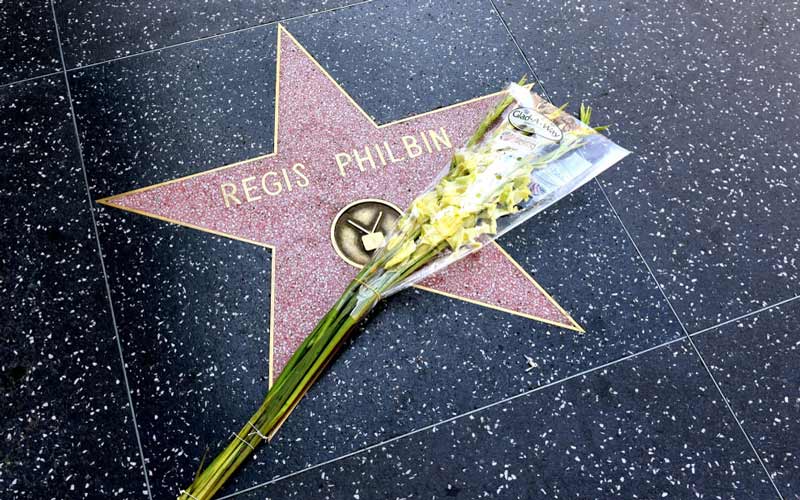 But the thrill didn’t stop there. When the show returned from an ad break Bishop told Crosby that Philbin knew all of his songs, and then asked Regis to sing a sample. He was over the moon.

“Oh, I was dying. I had never sang before,” says Philbin.

Philbin was deeply proud of his Irish heritage. Born in New York City and raised in the Bronx, he was an equal mix of Irish and Italian, with his paternal grandfather hailing from Co. Mayo and maternal granddad from Italy.

“My father Francis Philbin was born on the Upper East Side in the Yorkville area. His father had come from Ireland,” said Philbin.

“Oh, no,” he says. “I marched in every one of the St. Patrick’s Day parades when I went to Cardinal Hayes High School. It’s a really great parade!

“We took a crew over to seek out my great-great grandfather’s home,” Philbin recalled. “We went over there and we got to the priest in the town and he directed us right to the location. It was just a foundation of where the house was.