These two pro-Irish US presidents were also impeached

One approved the Fenian invasion of Canada, the other brought peace to Northern Ireland, and both were impeached. 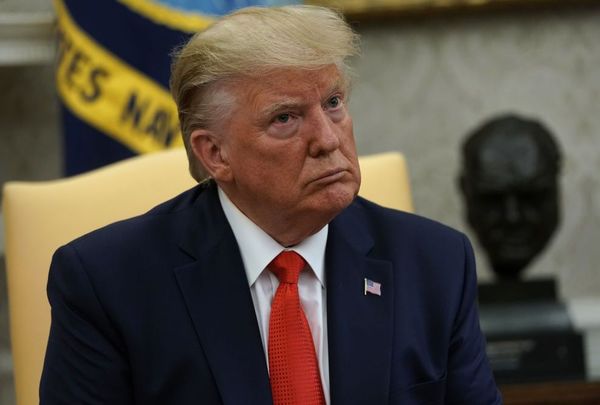 One approved the Fenian invasion of Canada, the other brought peace to Northern Ireland, and both were impeached.

Bill Clinton, of course, ignored the advice of the Washington establishment and many in his own party and plunged right into creating American involvement in the Irish peace process soon after taking office in 1992.

He succeeded in spectacular fashion. The ultimate prize, the Good Friday Agreement of 1998, ended the conflict and was negotiated by Clinton’s peace emissary George Mitchell.

A hundred and thirty years earlier, another southern politician had attempted to intervene in Ireland. Like Clinton, he saw political advantage in appealing to the Irish American vote.

Andrew Johnson, Abraham Lincoln’s successor, had long been known as a supporter and defender of Catholicism when the governor of Tennessee, which ran counter to the prevailing sentiments about the Catholic religion. This made him popular with the Irish who were feeling the brunt of the anti-Catholic sentiment and suffering violence at the hands of the Know-Nothings, the vigilante wing of the Republican Party.

Though Johnson was a Democrat, Lincoln had picked him as his Vice President in 1864 to help with the massive task of reconstruction in the south and to attract Catholics like the Irish.

Lincoln had the wrong man. Though Johnson courageously opposed secession, he did not do so for any love of African Americans. In fact, he hated them and did his best, once he took over from Lincoln, to undermine their freedom so recently attained.

The Radical Republican wing of the GOP hated Johnson for his vitriolic racism and immediately began to consider impeachment.

The midterm elections in 1866 looked large for Johson, who was determined to be elected in his own right and further his supremacist vision of the South.

Irish Americans constituted a key swing vote in the 1866 midterm elections and Johnson made every effort to reach out to them. In the aftermath of the Civil War, thousands of discharged Irish veterans decided an invasion of Canada to win back Ireland was the quickest way to ensure a free Ireland. June 1, 1866, was the date set for the invasion

They found significant support. Britain, which governed Canada, had made clear its antagonism towards the union and support for the confederacy on the grounds that secession would weaken, if not finish off, upstart American influence.

Print showing the Fenians routing British troops at the battle of Ridgeway.

In the White House, Johnson was briefed on the imminent invasion which was reported in local papers in Buffalo, New York, where the Fenians had gathered even before the incursion began.

Johnson anxious to win over Irish American voters, reportedly stated that the U.S. would "acknowledge accomplished facts," in the words of historian William D'Arcy when he was informed by the Fenian delegation about the group's vague intentions to seize territory in Canada. No official stance, however, was committed to writing.

Still, if the Fenian invasion had somehow succeeded instead of fizzling out, it is quite likely Johnson would have approved.

As it was the small Fenian force was hopelessly outgunned despite winning the first initial battle.

Johnson lost heavily in the midterms and the Irish card no longer mattered.

Instead, like Clinton generations later, he focused on saving himself from impeachment and removal from office.

He survived in his senate trial by one vote.