IrishCentral founder Niall O'Dowd reflects on his first ever 4th of July in America in 1976 Chicago. 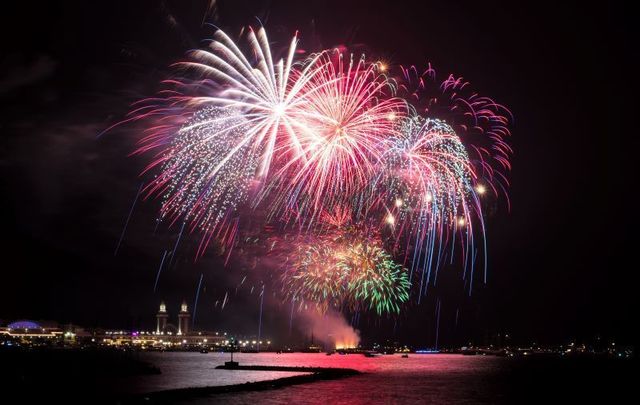 Niall O'Dowd reflects on his first ever 4th of July in America in 1976 Chicago. Getty Images

Niall O'Dowd, founder of IrishCentral, reflects on his first time celebrating the 4th of July in America

It was July 4th, 1976, my first ever summer in America. I had no idea, other than the usual fireworks notion, of what July 4th meant to Americans.

Read More: Facts about the Irish in America for the 4th of July

This was a special year, the 200th anniversary of the founding of the Republic. I was living in Chicago then, my first summer away as a student and very much wondering what the day itself would bring.

The closest equivalent back home was St. Patrick's Day, but that had a much more religious feel -- at least it did back then.

We'd all put on our green finery and march proudly through our little town center, but it was mostly about the mass and the hymns -- "Hail Glorious St.Patrick Dear Saint of our Isle" always lead the choir.

July 4th was Patrick's Day on steroids. Late in the morning, we left for a barbecue where everyone promptly ate themselves silly, drank beer and some began to fall asleep.

St. Pat's Day in Ireland this wasn't. We were in a big park somewhere in Chicago and all around us the sound of American family life resonated.

It was a happy scene. I tried a frisbee for the first time and managed to lose it in a tree. An attractive girl in short shorts winked at me (now what Irish girl had ever done that?)

A stranger offered me a beer and a hot dog. The remorseless sun beat down on the Chicago earth and the summer wind licked its hot breath over us all.

Then overhead came an ear-splitting roar. The fighter jets were flying in perfect formation, en route to the downtown parade. It was a magnificent sight, the planes framed against the sun, barreling across the sky at a ferocious speed.

It felt alien but thrilling to someone who had never before seen a military fly by or fly over.

There was a great and loud cheer that rolled across the park and redoubled itself for the jets. It was the first time   I realized America's intense love affair with its soldiers and military. Back home, soldiers in uniform were considered no big deal. Here in America, they were heroes in the main, men and women doing the ultimate, serving their country.

Not so with American military history, which is at the very center of the American Republic's founding narrative.

Read More: This July 4th we ask what have the Irish done for America?

Later that night we joined the millions gathered on Lake Shore Drive to watch an incredible firework display. The crowds were bigger than anything I had ever seen in my life.

Amidst the rockets red glare and the gentle wafting breeze carrying the wonderful patriotic music from the army band I felt suddenly quite at home.

It was like going back to a place I had always imagined I'd been. Somehow I was there no. w It was the first time I felt at home in America and it wouldn't be the last. It was Independence Day 1976 in Chicago, Illinois and for the first time, I knew I'd be back. I loved this place.