Saratoga Springs is one of the jewels of America, a town so steeped in history and lore that it is an amateur historian's dream. 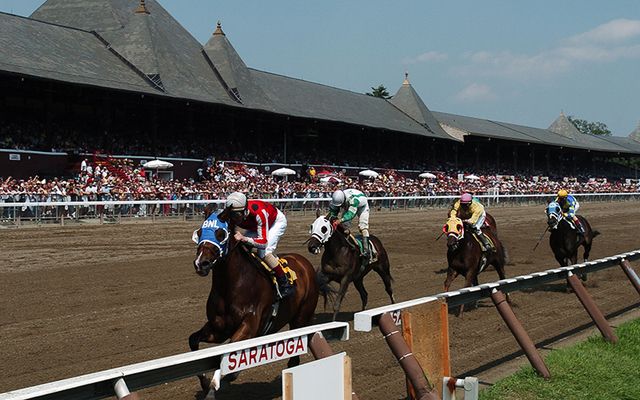 Saratoga Springs is one of the jewels of America, a town so steeped in history and lore that it is an amateur historian's dream

Saratoga Springs: Almost unseen, autumn is flitting in to upstate New York like a whisper in the wind. The sun is sinking a little lower a little sooner, the leaves are suddenly tinging brown, the mornings have a cooler feel and the back to school tropes are everywhere.

I, too, am headed back to New York City and work, refreshed and replenished but sad too as another summer memory takes shape and inevitably fades.

Saratoga Springs, where I just spent three weeks, has sent out its siren song every summer to me for 30 years or so. It is one of the jewels of America, a town so steeped in history and lore that it is an amateur historian's dream

The Battle of Saratoga

You walk in history. The Battle of Saratoga in autumn 1777 was the turning point in the Revolutionary War, and the battlefields and resting places of those who fought to bring our nation to birth are proudly displayed.

The actual place where the British downed their weapons in the town of Schuylerville some five miles or so from Saratoga is marked by a plaque. You cannot but linger over the moment where a tyrant’s rule ended and a free nation was essentially won, with Washington’s Irish soldiers playing a vital role. General Burgoyne’s surrender to General Gates created a new world order.

Just north of Saratoga is Ulysses S. Grant’s cottage where the desperately ill Civil War hero struggled to finish his autobiography before death overtook him in 1885. Due to bad investments, his family would have been destitute if he had not completed it.

He finished and also created the best Civil War memoir of any major participant. Looking out over the verdant hillsides from his cottage in his final days, one can imagine the old general recalling the battles at Shiloh and Vicksburg, his relentless pursuit of Lee’s army. An underestimated figure in history, Grant breathed his last in these very hills.

The other constant in Saratoga is the horse racing which began during that very Civil War era. In 1863 a Tipperary native, John Morrissey – a bare fist fighter, Tammany Hall chieftain, congressman, gold miner, all around pugilist, politician and perennial schemer – brought racing to Saratoga because the bluebloods froze him out in New York City.

Morrissey had the last laugh. Saratoga ranks with Ascot as the most revered and beloved racetrack on earth.

A Saratoga visit isn't complete without a breakfast at the track, watching the horses work out, the rhythm of the hooves, the early morning light, the sense of timelessness in a world that today neither stops nor cares.

Does every song we hear stay with us forever? Does every memory lodge somewhere?

If it does then my brain must be fairly etched with images, moments and even seconds at Saratoga: discovering the town soon after I moved to New York from California, taking my 10-day-old daughter to the track, breathing in the crisp early morning air at the racetrack as the steeds thunder by.

Horseracing is unchanged from the times of the pharaohs and the chariot races described in hieroglyphics. That is what gives Saratoga that timeless feel, that sense of continuity with past generations.

As Red Smith wrote about Saratoga Race Course, “From New York City you drive north for about 175 miles, turn left on Union Avenue and go back 100 years.”

Damon Runyon loved the old track too, and his tales of characters like the Lemon Drop Kid still sound as fresh as when he wrote about them in the 1920.

They say when the facts and the legend clash print the legend, except in Saratoga where the facts are legendary. Visit if you ever get a chance.