Russian President Vladimir Putin would do well to remember that British soldiers were dragged into an interminable war when they were deployed on the streets of Northern Ireland during the Troubles. 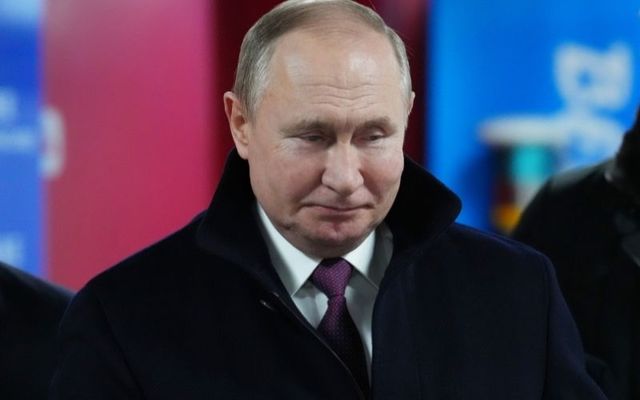 Back in August 1969, the British Army was sent into the battleground of Northern Ireland amid assurances that they would restore peace and literally kill off the Irish nationalists who were defending their neighborhoods and displaying far more fortitude than expected. The general view in Britain was that the Paddies would be sorted out once the British Army arrived.

What happened of course was the British Army got dragged into an interminable war, lost 1,400 men, and besmirched their own reputations forever with massacres such as the one that occurred on Bloody Sunday in January 1972.

Safe to say when future historians look at that period, it will contrast greatly with the superb record of the British Army against the Nazis.

The Russian army likewise lost a staggering amount of men, in the region of 8.6 million, bravely resisting the Nazis and there is no doubt they deserve the lion’s share of credit for stopping Hitler in his tracks.

However, the men currently engaged in Ukraine will never hear such plaudits. They entered Ukraine under false pretenses, claiming the government was illegitimate, even though they won in a democratic landslide in a free election in 2019.

Instead, it is the local civilians who are the ones covering themselves in glory as they seek to defend their beloved country.

Putin is much more likely to go down in the Hitler mode than any hero of Mother Russia.

Even his own people are showing up in at least 50 cities around Russia protesting the war. On the battlefield, there are indications their initial blitzkrieg is falling short. Even if they do win the clash of armies, where they have an overwhelming advantage in numbers, they will face an asymmetrical war as Ukrainian street fighters and guerillas seem certain to take them on in major cities across the country with the full support of the citizens.

British Prime Minister James Callaghan warned back in 1971 when he finally agreed to unionist requests to send in the British Army, that he would send them in but would have great difficulty ever getting them out - a prophetic quote as it took 30 years to get them off the streets.

Vladimir Putin could well benefit from listening to Callaghan’s words or the following from an ordinary British soldier describing how terrified he was when stationed in the North. It will become a familiar fact for Russian soldiers as well.

'It was always stressful. You'd worry someone would fire into the camp with mortars, you were worried on patrol - some guys were worried about being blown up, other guys were frightened of being sniped. I didn't want to get hit by a nail bomb, because... it was like nuts, bolts, shrapnel, bits of metal. And you didn't want to catch any of that below the waist'."

Gunner Graham Matthews on his service in the Province, 1972-74.