Galway, Thurles, Tuam, Fermanagh - Irish place names often take on a new sound in the US. 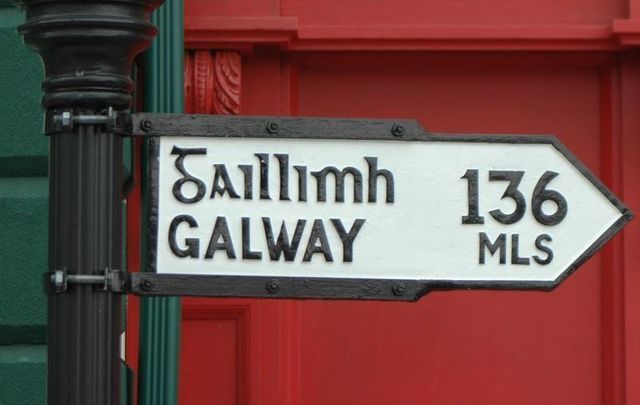 Do you know how to pronounce Galway as the Irish do? It's tougher than it looks! Flickr / Mike Willis (CC BY-ND 2.0)

I was recently at Saratoga races in upstate New York . The track announcer John Imbriale listed  the runners for the feature race, the Galway Stakes, mispronouncing Galway as “Gal-way.”

There are lots of place names Americans have problems pronouncing properly. Now I know there are plenty of Irish screw-ups on American place names. I once stood in vain when I lived in California, waiting for a bus to La Hoya and wondering why there were so many buses to La Jolla instead.

An apocryphal story tells of a young Irish man getting so confused with the “j” sound in Spanish that he told friends he was going home in “Hune or Huly.”

But back to Ireland. There is Donegal, of course, the pronunciation of which regularly gets murdered by Americans as Dun-egg-all, or Don-igal, when it’s actually Don-e-gaul.

Some other counties get mangled too. There’s Fermanagh. Some Americans pronounce it like Ferman-ag but the secret is the gh is silent and the pronunciation is Fer-mana. (Rhymes with banana).

Not far from Fermanagh, there is a silent “g” in Monaghan which I have heard pronounced as Mon-ag-han. The correct pronunciation is Mona-han.

The county of greatest difficulty is undoubtedly Laois, where the three consecutive vowels (aoi) create havoc. I have heard the pronunciation Lease, Laos like the Asian country, and even Lice. The correct pronunciation is Leash.

Next door to Laois is Offaly which surprisingly, many Americans get wrong calling it Off-ally. The perfect pronunciation is Awfully.

As regards Irish towns, I’d say Tuam in Galway is among the most difficult. The American tendency is Too-am; the actual pronunciation is Chew-am.

Then there is Drogheda, a major town 30 miles north of Dublin. Americans usually say Drog-heda. The actual pronunciation is Draw-head-a.

Thurles in Tipperary is where the GAA was founded. Unusually, the “les” is pronounced so it is Thur-less. Many outsiders say Turls.

There is a town in Cork called Youghal that gets called many names such as Yug-hall, but the secret is to omit the “ough” which leaves you with Yal. As a Texan might say, “Y’all come back to Youghal.”

One that seems unpronounceable to most foreigners is the posh Dublin suburb of Dun Laoghaire. I’ve heard Dun-loggery and Dun-lahary. The actual is Done Leary.

Of course, when it comes to personal names Caoimhe, Oisin, Siobhan, Maeve, Tadhg and so many more could drive anyone mad.

As for Ireland’s longest place name try this one -- at 22 letters, Muckanaghederdauhaulia, which translates from Irish as Muiceanach idir Dhá Sháile meaning "pig-marsh between two saltwaters,” and is pronounced Muck-ana-ider-daw haulia.

*This column first appeared in the August 18, 2021 edition of the weekly Irish Voice newspaper, sister publication to IrishCentral.