In defense of men, especially the Irish male, during the #MeToo movement

We can't allow the #MeToo and #IBelieveHer movement to tar all men in Ireland with the same brush. 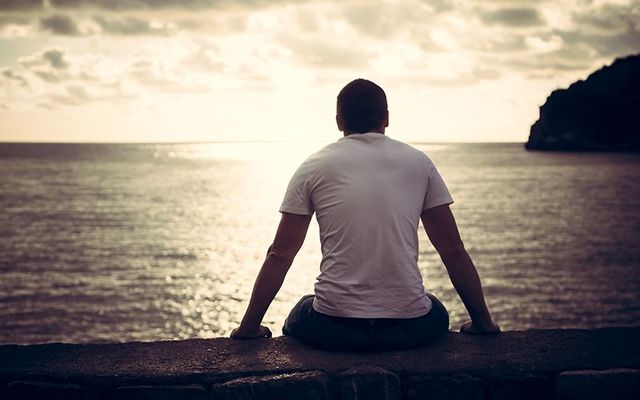 Irish men cannot all be tarred with the same brush. iStock

We can't allow the #MeToo and #IBelieveHer movement to tar all men in Ireland with the same brush.

White Irishmen are not exactly in vogue these days. The disgraceful conduct of four Irish rugby players in Belfast who were recently charged but not convicted of the rape of a teenager certainly set the tone.

Men it seems, in general, are out of control. Conor McGregor certainly added to the violent reputation of men last weekend when he ran rampant through the Barclays Center in Brooklyn looking to pick a fight with his UFC “enemies.”

It was clearly a pre-planned stunt that McGregor took to extremes. Like Trump, he can't stand being out of the limelight.

All of this activity has spawned a backlash. “Men Are Obsolete” Time magazine stated recently.

“Losing out at work, sidelined by IVF ... is the male of the species now redundant?” asked the Daily Mail.

The fall of man is a popular subject.

Irish Times columnist Fintan O’Toole, who opines on everything, stated men were most objectionable. He was writing in an Irish Times series called, “How to Be a Man.”

The series was men pactically leaking femininity in their rush to show how much a a man they were. Many of the men were practically ready to ovulate as Maureen Dowd once described Al Gore’s efforts to be a feminist. Men cry, men love puppies, men change diapers, men do dishes! Laundry!

Are they not wonderful people?

Why the average man unselfishly even lives five or six years less than the average woman. What that says about toughness and durability of the “weaker sex” is clear. They are tough and better able to adapt to life's challenges. Good for them.

Actually, I also take issue with the title of The Irish Times piece  "How To Be a Man". So how can a man not be a man? It’s like asking your pet poodle not to be a dog.

It is an illogical question—you are a man, to begin with, you had no choice in the matter. If the question was "How To Be a Good Man" it means something else altogether and is worth discussion.

O’Toole does not think much of his fellow homo sapiens. 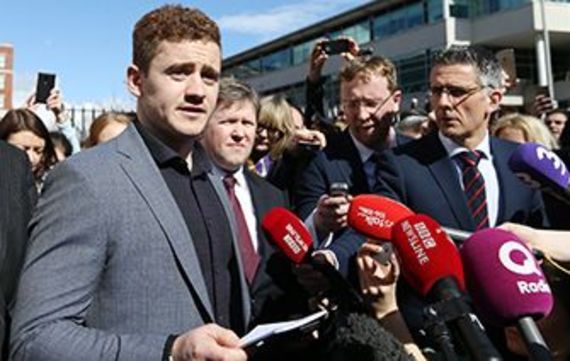 The Paddy Jackson rape trial has sparked the #IBelieveHer movement in Ireland.

“The worst, most damaging masculine trait is violence … the fact is men hit people more than women do,” he wrote.

“Men are still encouraged in all sorts of ways to express themselves violently and that’s not just physical violence, it's psychological violence, it’s through domination. It’s through the idea that you can’t be a man unless you’re in some sort of dominant position. That’s innate violence. It produces not just the desire but perhaps the need to be in charge of someone else, particularly women.”

I don’t know what the percentage of men who beat women is, but it appears women can be almost as violent as men too. That is not something that often gets reported

On Monday there was a viral video of two women beating the daylights out of each other outside a McDonald's in Co. Waterford.  So are all women violent? Of course not.

Or consider the new proposed head of the CIA, Gina Haspel. She ran a black site interrogation center in Thailand and watched brutal torture interrogations quite frequently. Some claim she seemed to be enjoying them.

Should we extrapolate that all women like to watch torture?  Of course not.

What we can assume is that violence can occur committed by either gender. In fact, the gap between violent men and women is smaller than we think.

According to the U.S. National Statistics Domestic Violence Fact Sheet, on average, nearly 20 people per minute are physically abused by an intimate partner in the United States. During one year, this equates to more than 10 million women and men.

One in three women and one in four men have been victims of [some form of] physical violence by an intimate partner within their lifetime.

The fact is both sexes could clean up their act when it comes to abuse and violence.

But let’s not let idiots like McGregor, with his violent rages, or the dreadful rugby players, completely define the reputations of men.

McGregor is not a good example of what Irish men are really like.

There are many issues to be discussed. Yes, women should be equal in pay, respect and have the same access to the pursuit of happiness. They should also have equal access to jobs and religious advancement.

Imagine the difference in the Irish world if there were women and married priests? What a much truer church it would be.

What is the best definition of a man? Two years before he became the 26th president of the U.S., Theodore Roosevelt said, “We do not admire the man of timid peace. We admire the man who embodies victorious effort; the man who never wrongs his neighbor, who is prompt to help a friend, but who has those virile qualities necessary to win in the stern strife of actual life.”

Dated perhaps but solid and honest.-- could be applied to women too. Can men improve? Of course, but let’s not tar half the human race with the same bad brush.

Do you think the current anti-male sentiment has gone a step too far or is this a well-needed and long overdue movement? Let us know your thoughts in the comments section, below.