It is a different era, as events showed in this year’s New York parade. 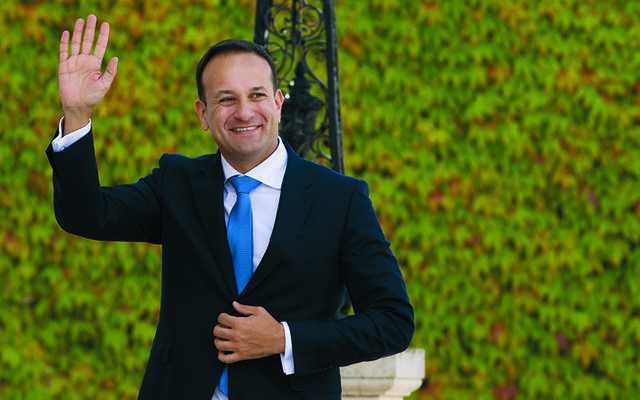 Just three years ago, there was an all-out ban on gay groups marching in the New York St. Patrick’s Day parade.

This year the main guest of honor, Irish leader Leo Varadkar, marched with his partner, Dr. Matt Barrett, a cardiologist in Chicago, up Fifth Avenue.

Varadkar clearly relished the history of the occasion saying: “I'm going to be able to march in the parade now with my partner, which is something that is a sign, I think, of change, a sign of great diversity, not just in Ireland, but in the community here as well.”

It was enough to make Irish eyes widen and a host of old timers who ferociously opposed LGBT groups marching turn in their grave.

I think of former parade chairmen like Frankie Beirne who made it his life mission to keep gays out.

Then there’s former chairman John Dunleavy, who is still vainly trying to recapture his title after a palace coup replaced him as the parade plunged into disarray over the gay issue.

The new regime has made the parade a joyful experience once again with “come one, come all” the prevailing attitude.

Gone are the angry LGBT protesters and the defensive and offensive maneuvers by the church and some Irish leaders to keep gays out.

It has made a profound difference to the spirit of the day.

Congratulations are in order to men like Dr. John Lahey, Sean Lane, Hilary Beirne and many others who acted to save the parade at a time when sponsorship was about to flee as well as live television coverage.

Varadkar came out second in another scrap, however, when both he and Sinn Fein leader Gerry Adams attended the Mayor de Blasio annual breakfast. De Blasio announced it was officially Gerry Adams day in the city which hardly pleased the incumbent Taoiseach. Adams made light of it, however, pointing out “Happy Gerry Adams Day” didn't quite have the resonance of Happy St Patrick’s Day.

Those who fear the demise of Irish America, and I have pondered it myself, could not but be heartened by what a crowd turned out on the avenue. No controversy, fine weather and a brisk spring-like day brought out the best in everyone.

The avenue was choc a bloc and a very popular Grand Marshal in Loretta Brennan Glucksman was cheered all the way.

Of course, I heard a hundred different versions of The Minstrel Boy” and “Danny Boy” belting out of bars as I made my way around the starting point.

But the day belongs to the city and the Irish. There is such goodwill around you'd feel like proclaiming it St Patrick’s Day every day if the same magic was in the air. There is a reason the parade has lasted over 250 years -- it speaks to the immigrant spirit and ethos of the greatest city on earth.

Long may it survive.