How Irish immigration to the US died, a deep sense of loss 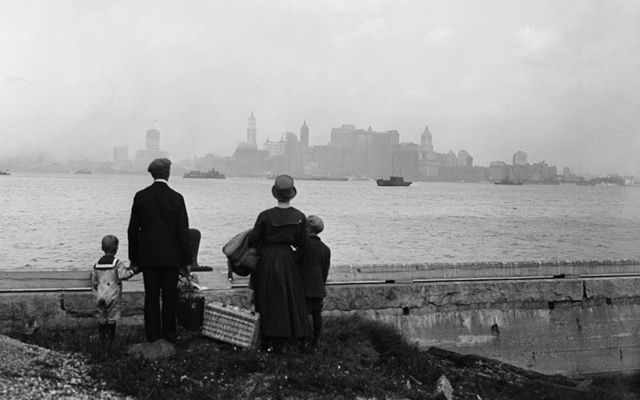 READING "Unintended Consequences: The Story of Irish Immigration to the U.S. and How America’s Door was Closed to the Irish" (Merrion Press) written by Irish Echo editor Ray O’Hanlon, I became aware of a deep and frustrating sense of loss.

As O'Hanlon points out in his book, the Irish had numerous opportunities to carve out a bill that would allow significant numbers of Irish into the U.S. but time and again the opportunity was missed.

Undoubtedly, the signing of the 1965 Immigration Act by President Lyndon B. Johnson was the turning point for European migration as a whole.

The Irish numbers slowed to a trickle and have remained so since with the exception of the Donnelly and Morrison visa programs in the 1990s.

What O’Hanlon brings out is that a split in the opposition to the original bill between two important factions in the Irish community ruined the decent prospect of an Irish set aside in the bill completely.

Several countries back then and now were able to carve a piece of legislation from such huge bills and take care of their own, Australia being the most recent example.

Collins and other Irish leaders got behind a bill that New York West Side Congressman William Ryan had put forward and which made great strides, until the then future AOH National President Michael Delahunty urged the Irish community to support a different bill put forward by Congressman Peter Rodino of New Jersey.

The faction fight had its inevitable result and the Irish split led to the 1965 bill’s passage with no Irish set aside.

A key sponsor, Senator Edward Kennedy, admitted years later the bill had “unintended consequences.” You might say that.

Perhaps an even better opportunity was made available when Tip O’Neill, the all-powerful speaker of the House, later offered a set aside for Ireland to the Irish government which incredibly turned it down, remarking they wanted to keep their children at home.

Then there was Congressman Michael Feighan of Cleveland, who altered immigration history forever. As chairman of the Immigration Subcommittee, he wielded enormous power.

He was in favor of European visas and merit visas -- until he barely won a congressional race against an opponent who was Czech American, descendant of a country that had no access to visas. Determined to shore up his support among groups like Czech Americans, he opted for family reunification over merit.  It was a momentous decision.

Down the years there were plenty of bills seeking changes to the 1965 Act such as Simpson/ Mazzoli and Kennedy /McCain, which ultimately went nowhere.

The only respite for Ireland was the advent of the Irish Immigration Reform Movement, a grassroots young Irish emigrants group that won 73,000 visas through Morrison and Donnelly visa programs.

The atmosphere has changed dramatically now after Donald Trump began using migration as a wedge issue, and it is very difficult to see reform in any meaningful way anytime soon.

O’Hanlon has done a great job collating the different efforts and binding together a narrative that explains a quite difficult issue very well.

Alas, the book is a chronicle of failure and missed chances for the Irish, but that does not take away from its importance. Anyone seeking the story of how Irish immigration to America died must read the book.