A bunch of Irish clowns beat the daylights out of Orange members of the Toronto Fre Department in a brawl that took place July 2, 1885, in a brothel. Police and firefighters, seeking revenge, attacked the circus, creating enormous mayhem 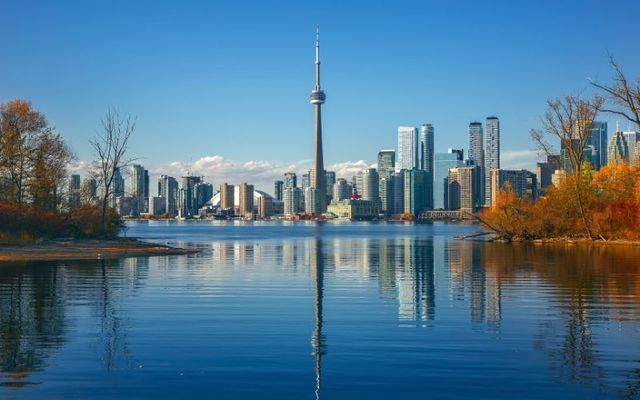 Writer Sean Kernan of Medium.com seems to have uncovered one of the most bizarre yet true Irish stories in North American history.

He wrote about the extraordinary fallout after a bunch of actual Irish clowns beat the daylights out of the Toronto Fire Department in a brawl that took place July 2, 1885, in a brothel.

Police and firefighters seeking revenge, in turn, attacked the circus, creating enormous mayhem and making it clear that Catholic Irish were their intended targets.

The upshot was the complete disbandment of the Toronto police department and the creation of a professional police force.

The brawl would end up changing Toronto forever and bring about professional policing which replaced rampant cronyism.

Up until the time of the brothel battle, Toronto police were heavily drawn from Orange Irish who had immigrated to the Canadian colony and established a firm base in Toronto.

The brothels boomed during circus time as thousands flooded to the entertainment and took advantage of the sex workers while they were at it. Kernan wrote, “Local authorities didn’t crackdown because they were also loyal customers.

“July 2nd, 1885, was supposed to be an evening of relaxation and hedonism. It would be anything but.”

The action took place at the house of Mary Ann Armstrong who ran a brothel and bar from her premises at the corner of King and Jarvis streets.

The circus had come and the carousing was underway.

Three men from the Orange bastion of the fire department walked in and were told to seek their pleasure.  They huddled at the bar eying up the talent.

Then the clowns walked in.

All were Irish Catholic, far from the stereotype of the harmless clown we all know today. They were roustabouts, tough men who followed the circus around, doing many dangerous jobs and doubling as clowns.

It wasn’t long before trouble bubbled and a riot ensued after a clown demanded an apology from a fireman for knocking off his hat.  The Irish clowns handed out a mortal beating to the firemen who all fled.

The Orangemen would not take the beating lying down and they enlisted their fellow Orangemen in the cops to plan revenge.
A week later the firemen and the police surrounded the circus and demanded the clowns turn themselves in.  The circus owners, fearing an all-out riot, refused to hand over the clowns.

As Kernan wrote, “This led to a brawl, with rocks and debris being thrown in both directions. The fireman set fire to the circus wagons and supplies and then assaulted several circus employees.”

The militia was called in to restore order.

The Toronto mayor, Dublin-born Alexander Manning, while Protestant, was considered a relatively fair man.  He demanded answers about the behavior of the police and fire forces both in the brothel and at the circus site riot.

The upshot was a major investigation.  However, police and fire refused to cooperate.

The investigations revealed that fire department leaders would haggle with building owners over which unit would fight a fire while the building was ablaze and police just looked on.

Recruits had only to show an Orange Order membership card to fire or police recruiters and they were hired there and then.

Following the upheaval, a new police commission was established.  “The commission took the draconian step of firing all police officers and starting from scratch,” Kernan wrote.

It was the beginning of professional policing in Canada.

Kernan concluded, “A clown brawl in a brothel got Toronto’s entire police force fired in 1885. Be very careful when picking a fight with a clown.”

Especially an Irish one.