There is a three-month waiting list in top Dublin restaurants for patrons who wish to dine outside following the opening up of the bar and restaurant sector in Ireland on Monday. 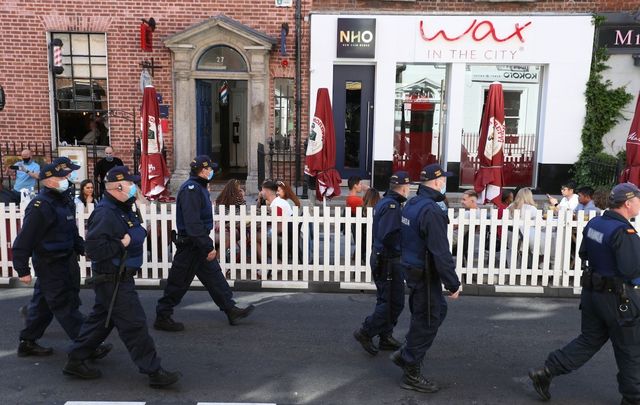 With indoor dining still closed it means, weather permitting – and that’s no sure thing in Ireland – that you would get seated sometime in September.

The pent-up demand to get out and about was to be expected. It has been 16 months since the most gregarious and talkative people on earth got to socialize together.

It’s a form of solitary confinement few Irish can abide. I have a clutch of brothers and sisters, and nieces and nephews, who are desperate to escape the four walls of their homes. At least the end now seems in sight.

Shutting an Irishman or woman into their residences for 16 months with a brief relief last Christmas which, as many predicted, went terribly wrong, was a unique form of torture visited upon the Irish who thrive on gossip, good humor, and sharing a few pints or a pot of tea.

My brother, on a Co. Kerry vacation, reported last weekend that people sat outside even with falling rain and rising wind just to feel that social closeness rather than social distancing that has been in effect.

I experienced the same sense of relief last June when outside dining was allowed on Long Island. It was like honey from heaven just to sit and observe everyday people dine out, even though I knew nary a soul.

You learn if you didn’t already know that the social compact is a critical factor in how we live our lives.

It is far less structured in Ireland, where neighbors and friends drop in for a cup of tea, protesting all the time they didn't mean to interrupt when of course they did.

The conversation starts with the woman or man of the house saying to the neighbor, “You'll have a cup of tea,” to which the correct response is, “No I won’t, I won’t at all.”

To which the householder says, “Ah go on out of that, you will you will,” after which the neighbor with a sigh concedes, “I'll just take one in my hand then,” as if balancing a cuppa on their head might be a better option. 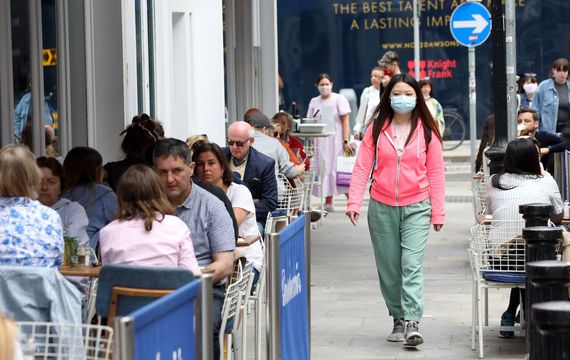 Mask and outdoor dining on Duke Street, in Dublin.

Humor apart, the Irish response to Covid has been complicated, to say the least. At first, there was enormous solidarity, then a growing restlessness as disputes arose over how few vaccines were available. At one point Ireland had the highest caseload in Europe per capita.

The atmosphere soured remarkably, and yesterday’s heroes of the pandemic became the villains of the piece.

Huge pressure mounted to open up for a brief respite at Christmas which was eventually allowed and the country proceeded to drink, carouse and carry on like there was no tomorrow.

Soon after the sackcloth and ashes were donned when the virus numbers spiked.

Now with three million vaccinated it looks like Ireland is finally crawling towards the light.

The problem for many is that the powers that be have turned draconian with overly strict enforcement.

There is something in Irish society that dates back to the hegemony of the Catholic Church where the paladins in power make it clear they alone have the power to tell people how to behave.

Ordinary Irish react very poorly to that. The medical experts now are being viewed as way too conservative as numbers plummet and the restless public awaits a fuller measure of freedom.

They finally got that last weekend and the national mood has improved dramatically. There is even hope now of salvaging summer which seemed a dim prospect just weeks ago. Let’s hope they make it to the light.