David Hogg was an unknown seventeen year old a few months ago. Now he has become a leading target of the far right and a global sensation. 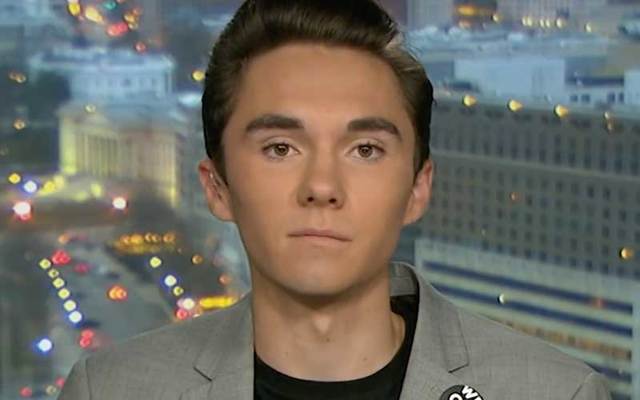 David Hogg was an unknown seventeen year old a few months ago. Now he has become a leading target of the far right and a global sensation.

On Friday, Matt Walsh, a blogger darling of the young and old right, tried to tear down Hogg and his outspoken attitude to gun control after he witnessed the Parkland shootings.

Like all the others he swung and missed by a country mile. His main complaint is that we should dare to take Hogg seriously when he speaks about gun violence because he's 17.

Mozart composed three symphonies at 16, Alexander the Great conquered most of the world at 18, Paul McCartney was aged 15 and John Lennon 17 when they first composed together. Genius and commitment do not have any age restriction.

Joey Wulfsohn in The Federalist wrote “His demagoguery and blatant hypocrisy have reached a boiling point. If Hogg wants to be treated like an adult, then he should be called out as such.”

Bring it on, is what Hogg would say.

Laura Ingraham learned in her own hateful way that dissing Hogg is bad for business. She mocked him for failing to gain entrance to some of California's hottest colleges.

She never knew what hit her.

Within 24 hours, Hogg had her on the ropes, desperately apologizing for her remarks as advertisers flee in droves after Hogg put out a boycott call.

It looks doubtful that Ingraham will last, and Fox may well need another whiter than white little princess of poison to replace her, I’m betting.

What I love about Hogg is he didn't accept her fake apology. He has a Bobby Kennedy type ruthlessness that Democrats, for so long, have been afraid to exercise.

Ever since Newt Gingrich (who was having an affair himself) lunged at Bill Clinton and impeached him, the right has played incredible hardball.

Too often Democrats have been too lily-livered to respond in kind. Exhibit A, President Obama, who took far too much incoming from racist boosters, especially on issues like his birthplace and his knowledge of what the Russians and Trump were at.

Now comes Hogg at the tender age of 17 showing the world how to conduct a knife fight. He has demolished his NRA attackers who are desperate to silence him.

Read More: How hard is it to buy a gun in Ireland? Does it make a difference?

He and his Parkland schoolmates have done more for a safer America and gun control in a few weeks than a bought and sold Congress has done in a generation.

I hope Hogg enters politics at some point. I hope he keeps his fearlessness and his ability to speak truth to power. If he does, we might just have a chance that long-term, no more school kids will be gunned down and parents and families shattered.

So keep after them young Hogg. The reason they are so hysterical is they see their empire built on paid-off politicians and naked division is no longer paying off.

You kids have the bad guys on the run

That's old enough for me.