One canon law for the rich, one for the poor seems to be the reaction of many Catholics to the news that three times married Boris Johnson married in a Catholic Cathedral with full church approval. 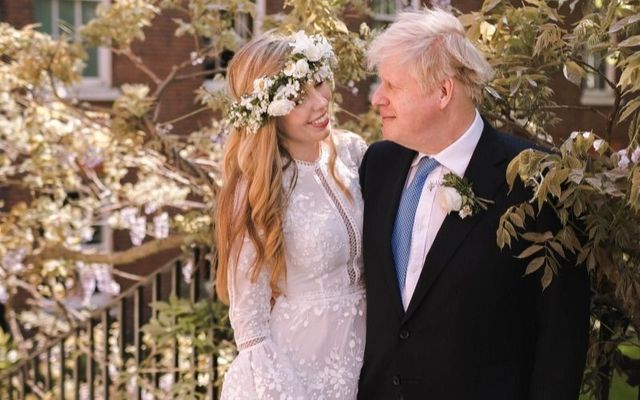 Boris Johnson with his third wife Carrie Symonds on their wedding day. Getty

Many Catholics are stunned that the marriage of British Prime Minister Boris Johnson to Carrie Symonds took place at the weekend in Britain’s most important Catholic institution, Westminster Cathedral.

Questions will certainly be asked how could a man with two divorces behind him and born a Catholic managed to pull off that neat trick of getting full nuptial honors so to speak from the church.

The reason is simple. As always, there is one law for the rich and powerful and one for the poor.

The explanation given - that the church did not recognize his earlier marriages - is a pure cop-out that tries to get the church off the hook.

Many priests think so. Father Mark Drew, an assistant priest in Warrington, England asked  “Can anyone explain to me how Boris Johnson, who left the Catholic church while at Eaton [sic] and is twice divorced, can be married at Westminster Cathedral, while I have to tell practicing Catholics in good faith who want a second marriage in church that it’s not possible?”

The rector of St Paul’s in Deptford, Father Paul Butler, tweeted: “Always one canon law for the rich and one for the poor.”

Christopher Lamb, correspondent for the Catholic magazine The Tablet, told the BBC many will now believe there is one law for the powerful. “There will be a feeling that, why are some people who are divorced allowed to be married in the church and others not?” he told BBC Radio 5 live.

“And I think that’s where the church can look at its current roles and see how it can become more welcoming. It has been welcoming to Boris Johnson, why not to others?”

Cardinal Vincent Nichols, the archbishop of Westminster, approved the marriage; a spokesperson said and the nuptials  “proceeded according to the norms of the Church without exception”.

“The bride and groom are both parishioners of the Westminster Cathedral parish and baptized Catholic,” read a statement on behalf of the diocese of Westminster. “All necessary steps were taken, in both church and civil law, and all formalities completed before the wedding. We wish them every happiness.”

It was thought by many that Catholic law, which does not recognize divorce, would still consider Johnson would be in a state of bigamy.

Johnson divorced from his first wife, Allegra Mostyn-Owen, in 1993, and from his second wife, Marina Wheeler, in November 2020.

The Guardian reports that “According to the papal biographer Austen Ivereigh, the prime minister’s two previous marriages were unlikely to have been recognized in Catholic law, as his former spouses were not Catholic, nor were the weddings Catholic ceremonies. Therefore, a “simple administrative process” was likely to have been used to declare the previous marriages invalid.

Ivereigh stated:  “Boris’s two previous marriages (probably) lacked canonical form, that is, are not recognized in Catholic law. So he (probably) didn’t need an annulment. When the canonical form of marriage has not been observed and the marriage was not later validated in the Church, a simple administrative process is used to declare such marriages invalid in church.”

Still, to many, it stinks to high heaven even if the church declared it legal.

Father James Martin, editor-at-large of the Jesuit magazine America, tweeted: “Mr. and Mrs. Johnson were married within the rules of the Catholic church. And I wish them well. I also wish that the same mercy and compassion that was offered to them, recognizing their complex lives, could also be extended to same-sex couples who are lifelong Catholics.”

Some parishioners hoped Boris would restrain his libido this time. Another congregant, Christopher Goodyear, 64, from Chelsea, told PA Media that it was “nice to have a prime minister who’s Catholic. He’s now married in the Catholic church so he can’t get married again – if he does then that invalidates everything,” he added. “So let’s hope he keeps his trousers on and behaves himself.”