Microsoft founder pays tribute to Irish American who founded the philanthropic movement and gave away $8 billion of his own fortune. 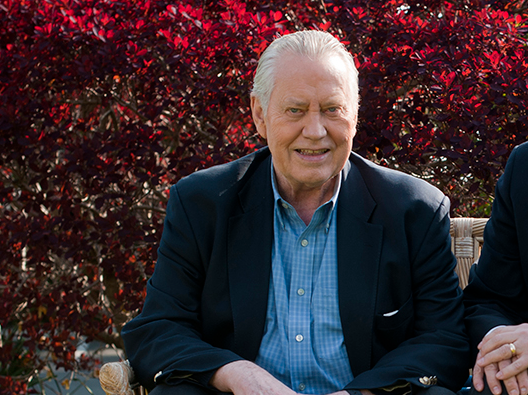 Bill Gates told Forbes magazine in an interview that his “giving while living” philosophy was based on the strategy of Chuck Feeney, the Irish American billionaire who gave all his money away and spent it on immediate causes, not long-term goals or small annual grants.

Gates gave a recent account of how his version of giving while living works as he and his ex-wife Melinda Gates gave a massive $20 billion gift to their own foundation for intensive study of how to protect against pandemics.

In the recent Forbes interview Chuck Feeney, whose Irish roots are in Fermanagh, was name-checked as the most influential person on how Gates spends his billions, according to Gates himself.

Feeney quietly gave away $8 billion to build schools, aid the Irish and South African peace processes, bring first-world medicine and hospitals to locations such as Vietnam, and created medical schools in impoverished countries among other achievements.

Feeney’s giving was not all big ticket. He financed Operation Smile to remove cleft lip and palate in children from poor countries.

In an internal document released by his philanthropic vehicle Atlantic Philanthropies, Feeney described how his philosophy worked.  Bold bets, big checks, dramatic impact – this is how to practice giving while living.

“If you give while living, the money goes to work quickly, everyone gets to see the action and the results – that’s what we’re all about,” said Feeney.

“The problems we seek to fix are those we can carry out quickly and make real, tangible change.”

It is not just Gates who has jumped on board.  Warren Buffet has bought into the Feeney philosophy too, according to an interview he gave recently to INC magazine.

Gates said he also wanted to follow Feeney’s example and get taken off the Forbes annual list of richest people in the world. Feeney was once as high as fifth for his ownership of DFS stores in airports all over the world.

Gates has actually dropped one spot to number five in the world with a $102 billion fortune.  As Forbes noted, “Rather than wait for his death, Gates now says he fully intends to give his way off the Forbes billionaires list while he’s still alive.”

Gates is clearly sold on the Feeney approach which is great news for those in need everywhere.