Nothing I just saw in London changed my idea from day one that Brexit is undoable. The obstacles have only got higher since the referendum passed one year ago. 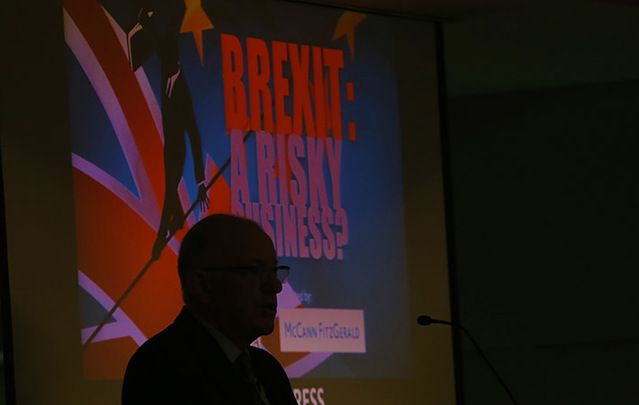 The Irish after all reran their Nice referendum on European Union changes until they got the right result. The British just need to do the same. RollingNews

London: The British will simply have to rerun the Brexit referendum, most likely if a Labour government takes power in an October election.

Having just returned from a week in London I may be hopelessly naive but sometimes an outsider’s eye can perceive a situation with some clarity.

Nothing I saw in London changed my idea from day one that Brexit is undoable. The obstacles have only got higher since the referendum passed one year ago.

And why not rerun? The Irish after all reran their Nice referendum on European Union changes until they got the right result. The British just need to do the same.

The Brexit referendum vote was advisory, not legally binding. 3.5 million British signed a petition for a new vote right after the result. It could be done.

Read More: It's been one year since the Brexit vote - here's how things have changed

Countries make mistakes, the British have made a whopper, they just need to recognize it and reflect the reality.

That is the case especially now with the weakest government since John Major’s second term and a leader, Teresa May, utterly exposed as clueless and now lacking any power or real authority after the disastrous election campaign. ”The  Zombie PM”  the New Statesman calls her.
How far as she fallen? A Sunday Times poll today shows Labour winning an election by five points and her approval at minus 17 while Corbyn's approval is plus 17, a 34 point gap. She has fallen like a stone while Corbyn has soared.

She is suffering Major’s fate and is being blamed for a series of disasters, most notably the Grenfell Tower inferno where the Tory local council was guilty of criminal neglect.

She is currently suspended in power because the pro and anti-Brexit wings of her party can't decide who should replace her but replace her they will.

Meanwhile, she’s in bed with the Save Ulster from Sodomy” mob also known as the DUP but she is the one getting screwed. They want $2 billion to mate with her party. You know what they say about sleeping with dogs and rising with fleas.

The Brexit negotiations are about to take place with a Zombie leader on the British side and a deeply determined French/German axis who are utterly insistent that the British leave under the proper terms which includes repaying about $60 billion they owe the EU.

That’s about the size of the entire UK education budget.

The changes needed if they continue to embrace Brexit are mind numbing. There are 19,000 treaties between the EU and Britain to be rendered null and void and replacement laws drawn up. Little wonder legal eagles are the most vociferous in their support of Brexit.

Read More: Brexit is Britain going backwards instead of looking ahead

The Brexit vote came at a time when English nationalism was peaking, influenced no doubt too by the Trump phenomenon in America. The tide has gone out in the recent election, the English nationalist party the UKIP, is utterly washed up.

Instead there is a heartening streak of idealism from the young who no one predicted would vote in such numbers. Their object of affection was Labour leader Jeremy Corbyn who is likely to be back on the election trail before the year is out.

Pundits, polls, columnists all those “in the know” were proved comprehensively wrong in this British election. Private Eye, the satirical magazine in their latest issue printed two pages of Britain's leading commentator's and their before and after columns on the election. Not one saw or forecast the Labour surge. One leading commentator reckoned the Tories were on course for over 400 seats. They got 321.

It’s the old Hollywood line “Nobody knows nothing.” Except for one thing, Brexit will be a disaster for a young, multicultural, emigrant powered economy like Britain’s.

Walking around the neighborhood of Bayswater where I stayed was an enlightening look into that reality. It felt vibrant, young, multi-faceted with restaurants from every corner of the world and a host of different languages and an outdoor cafe coffee culture worthy of France.

Monochrome Britain should have died with the ‘fifties but Brexit has revived it. Putting the genie back in the box will be very difficult. But the British have no choice.